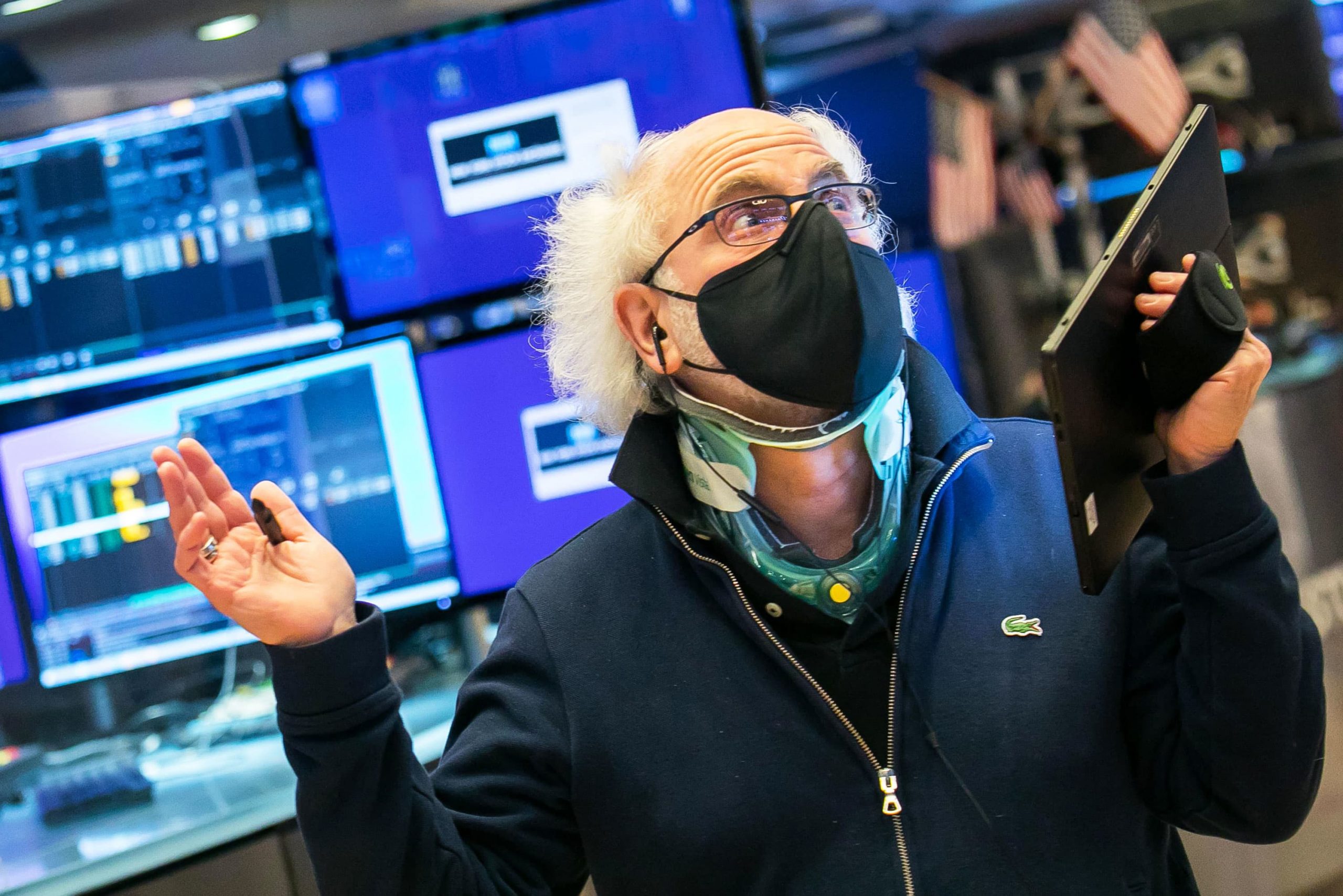 Traders on the floor of the New York Stock Exchange

Stock futures were flat in overnight trading Thursday following a tech-led rout on Wall Street amid a surge in bond yields.

All eyes will be on February jobs report, which is set to be released Friday morning. Economists expect to see that 210,000 payrolls were added in February, compared to just 49,000 in January, according to Dow Jones.

The move in futures followed a sharp sell-off triggered by Federal Reserve Chair Jerome Powell’s remarks on rising bond yields. He said the recent runup caught his attention but he didn’t give any indication of how the central bank would rein it in. Some investors had expected the Fed chair to signal his willingness to adjust the Fed’s asset purchase program.

The economic reopening could “create some upward pressure on prices,” Powell said in a Wall Street Journal webinar Thursday. Even if the economy sees “transitory increases in inflation … I expect that we will be patient,” he added.

“The market’s translation of ‘patient’ is that patient doesn’t mean ‘never,’ and that Powell is indicating that easy money will at a certain point come to an end,” said Mike Loewengart, managing director of investment strategy at E-Trade Financial. “So while the verbiage isn’t too far away from the Fed’s previous stance, it’s enough to move a jittery market south.”

The 10-year Treasury yield jumped back above 1.5% following Powell’s comments. The benchmark rate had stabilized earlier this week after a spike to 1.6% last week amid higher inflation expectations.

Tech stocks led the market decline as growth-oriented companies tend to be more vulnerable to higher interest rates. The Nasdaq Composite dropped 2.1% Thursday, bringing its losses this week to 3.6%. The tech-heavy benchmark also turned negative for the year and fell into correction territory, or down 10% from a recent high, on an intraday basis.

The S&P 500 and the Dow both fell more than 1% Thursday, headed for a losing week. Energy outperformed with a 2.5% gain in the previous session amid a jump in oil prices.

“Rates soared once again, which opened the door for more selling of technology stocks,” said Ryan Detrick, chief market strategist at LPL Financial. “The bright side is the economy continues to improve and leadership from financials and energy is something that suggests this isn’t a sell everything moment.”