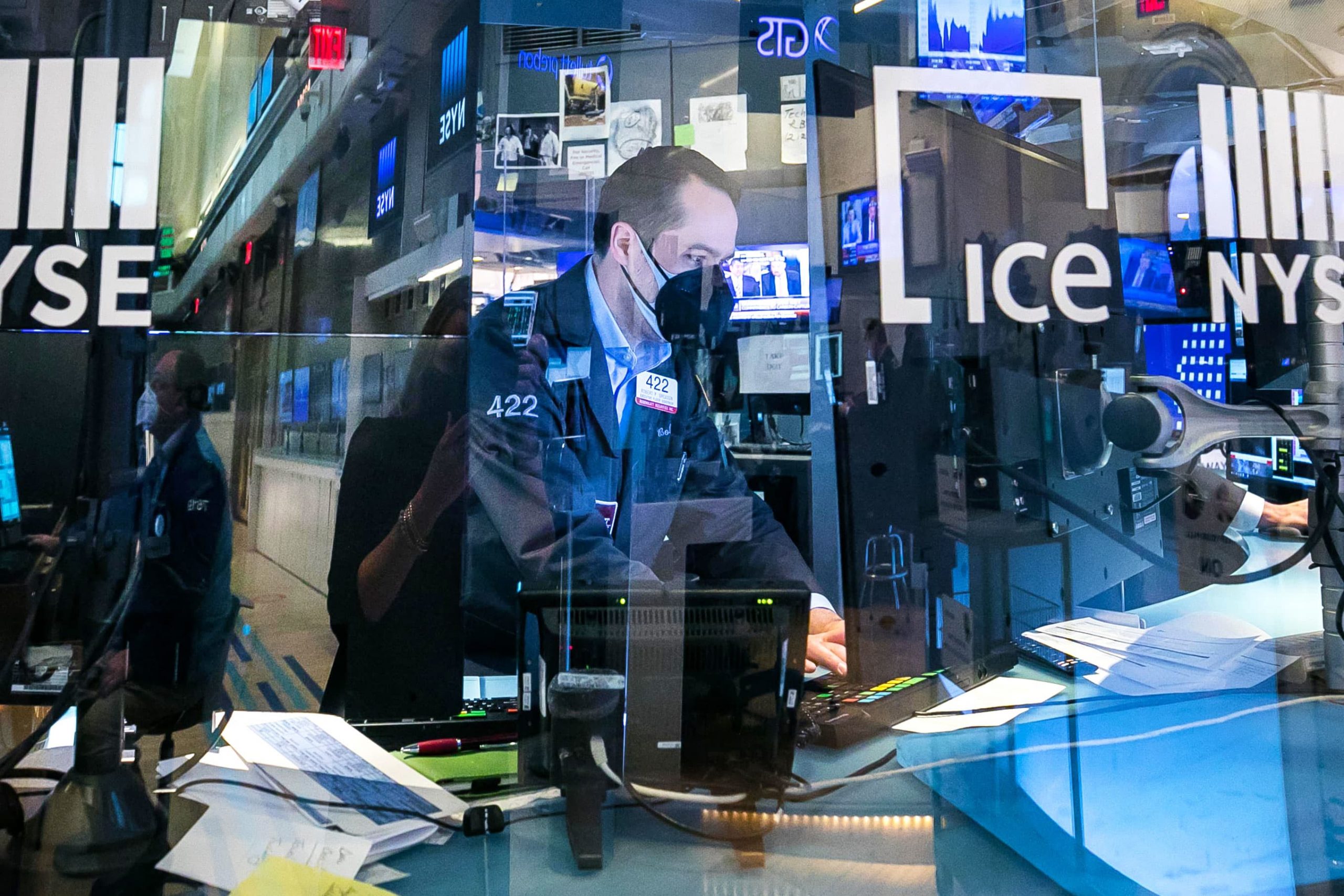 Traders on the floor of the New York Stock Exchange.

U.S. stock futures were mixed early Monday morning and pointed to a cautious open later in the day. That followed last week’s rally that led the Dow and S&P 500 to record highs.

Stocks rose last week with the Dow Jones Industrial Average rising 4% and the S&P 500 gaining 2.6%. The S&P 500 and the Dow both closed at record highs Friday.

The Nasdaq Composite advanced 3% last week, despite a sell-off on Friday spurred by rising interest rates. The jump in bond yields has challenged growth stocks in recent weeks and sent investors into cyclical pockets of the market. The Nasdaq is up less than 1% this month, while the Dow and S&P are up 6% and 3.5%, respectively.

The small-cap benchmark Russell 2000 surged more than 7% last week as investors rotated into smaller stocks that benefit from a sharp economic comeback.

Investors will be gearing up for Tuesday and Wednesday’s Federal Open Market Committee meeting where the Federal Reserve will deliver its decision on interest rates. The bond market in the coming week will likely take its cues from the Federal Reserve.

The central bank is expected to acknowledge much better growth in the economy. Bond pros are also watching to see whether Fed officials will tweak their interest rate outlook, which now does not include any rate hikes through 2023.

Goldman Sachs chief economist David Kostin told clients on Sunday that he expects interest rates to continue to rise in the coming months and investors will have to “continually grapple with the anxiety about economic overheating and Fed tightening.”

On the vaccine front, Biden announced last week that he would direct states to make all adults eligible for the vaccine by May 1. Biden also set a goal for Americans to be able to gather in person with their friends and loved ones in small groups to celebrate the Fourth of July.