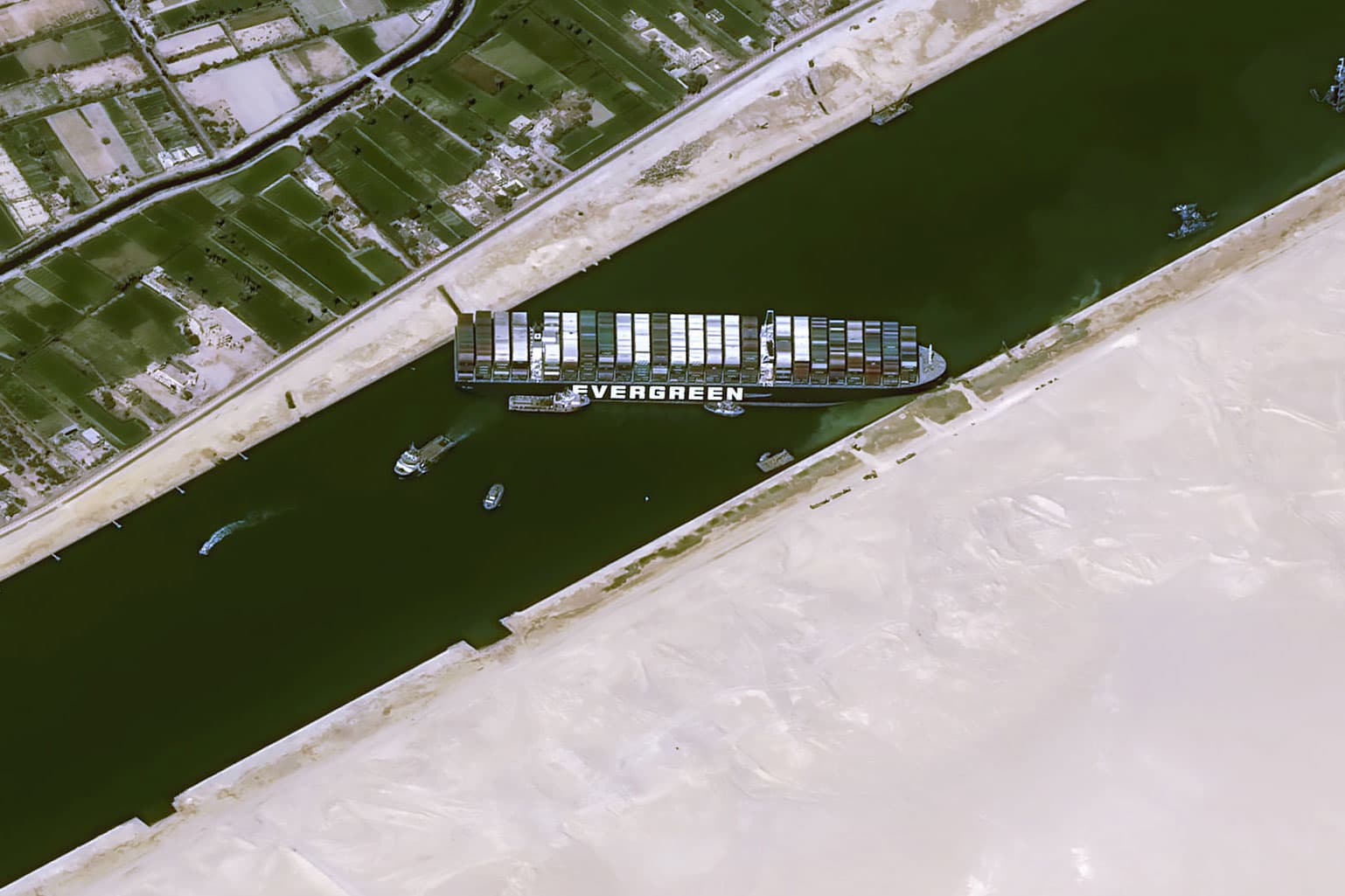 A satellite image shows stranded container ship Ever Given after it ran aground in Suez Canal, Egypt March 25, 2021.

The Ever Given, one of the world’s largest container ships, is still wedged in the Suez Canal, and the economic effects from the blockage — now in its fourth day — are beginning to unfold.

White House Press Secretary Jen Psaki said Friday that the U.S. is monitoring the situation closely. “We’ve offered U.S. assistance to Egyptian authorities to help reopen the canal…those conversations are ongoing,” she said during a press briefing, before adding that there could be “some potential impacts on energy markets.”

Oil prices jumped on Friday, amid speculation that dislodging the ship could take weeks. West Texas Intermediate crude futures and Brent crude each advanced more than 4%. The gains come after prices dipped on Thursday, despite the gridlock.

“Traders, in a change of heart, decided that the Suez Canal blockade is actually becoming more significant for oil flows and supply deliveries than they previously concluded,” said Paola Rodriguez-Masiu, vice president of oil markets at Rystad Energy.

A satellite image shows the Suez Canal blocked by the stranded container ship Ever Given in Egypt March 25, 2021, in this image obtained from Twitter page of Director General of Roscosmos Dmitry Rogozin. Picture taken March 25, 2021.

This represents under 5% of total flows, but as the build-up stretches on, the impacts rise.

Bernhard Schulte Shipmanagement, the technical manager of the ship, said another attempt on Friday to re-float the cargo carrier proved unsuccessful.

A specialized suction dredger that can shift 2,000 cubic meters of material every hour is now on the site, and “arrangements are also being made for high-capacity pumps to reduce the water levels in the forward void space of the vessel and the bow thruster room,” the firm said Friday.

Stranded container ship Ever Given, one of the world’s largest container ships, is seen after it ran aground, in Suez Canal, Egypt March 26, 2021.

Bernhard Schulte added that two additional tugboats will arrive by Sunday to help in the re-float operation.

Douglas Kent, executive vice president of strategy and alliances at the Association for Supply Chain Management, noted that even after the ship is dislodged the impacts will continue to be felt. Ships will arrive at ports simultaneously creating new traffic jams, for instance. Cargo schedules created months in advance will need to be reshuffled with ships now sitting in the wrong place.

More importantly, there’s a lack of visibility throughout the entire supply chain.

“The whole knock-on effect through the multi-hierarchy of the supply base — we’re not going to know that,” Kent said. “Companies don’t have visibility into their supply chain.” While a company