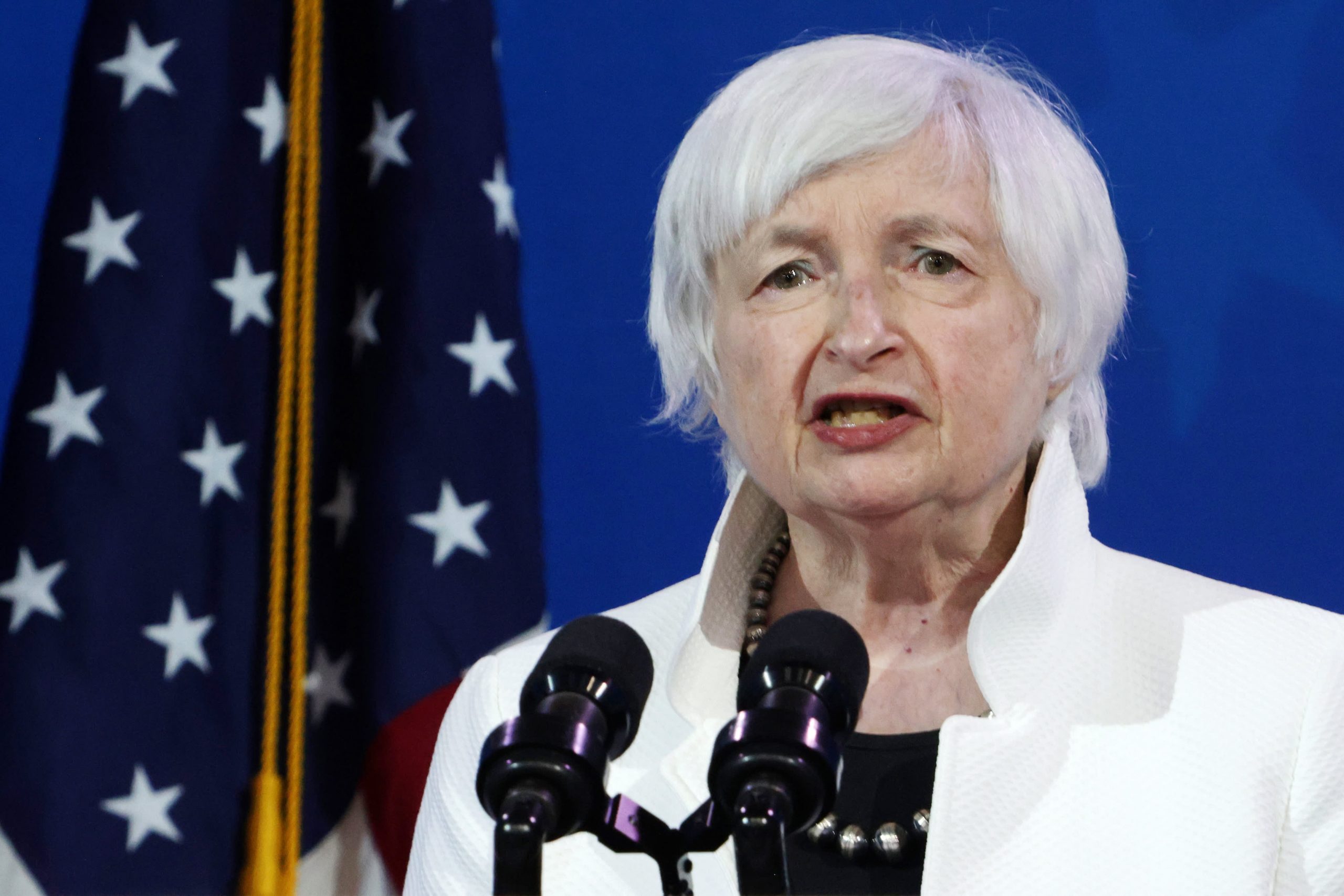 Treasury Secretary Janet Yellen conceded Tuesday that interest rates may have to rise to keep a lid on the burgeoning growth of the U.S. economy brought on in part by trillions of dollars in government stimulus spending.

“It may be that interest rates will have to rise somewhat to make sure that our economy doesn’t overheat,” Yellen said during an economic forum presented by The Atlantic. “Even though the additional spending is relatively small relative to the size of the economy, it could cause some very modest increases in interest rates.”

“But these are investments our economy needs to be competitive and to be productive. I think our economy will grow faster because of them,” she added.

Later in the day, she tempered her comments somewhat on the need for higher rates, saying she respects the Federal Reserve’s independence and was not trying to influence decision-making there. Yellen chaired the Fed from 2014-18. The Fed sets interest rates through its Federal Open Market Committee.

“It’s not something I’m predicting or recommending,” Yellen told the Wall Street Journal’s CEO Council Summit. “If anybody appreciates the independence of the Fed, I think that person is me, and I note that the Fed can be counted on to do whatever is necessary to achieve their dual mandate objectives.”

The U.S. economy has been on fire, with first-quarter GDP growth at 6.4%. Goldman Sachs recently said it anticipates the second quarter growing around 10.5%.

Since the Covid-19 pandemic broke in March 2020, Congress has allocated some $5.3 trillion in stimulus spending, resulting in a more than $3 trillion budget deficit in fiscal 2020 and a $1.7 trillion shortfall in the first half of fiscal 2021.

The Biden administration is pushing an infrastructure plan that could see another $4 trillion spent on a variety of longer-term projects.

Though she said the U.S. needs to focus on fiscal responsibility longer term, she said spending on matters central to the government’s mission has been ignored for too long.

President Joe Biden is “taking a very ambitious approach, making up really for over a decade of inadequate investment in infrastructure, in R&D, in people, i