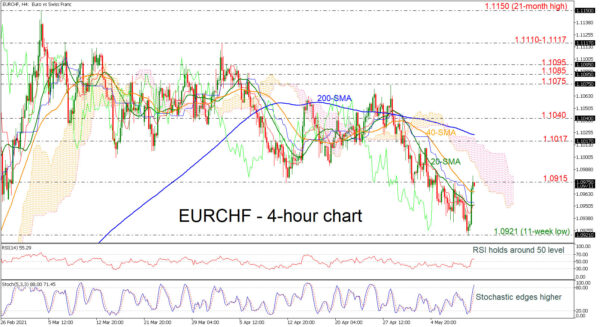 EURCHF quickly recovered yesterday’s losses after touching an eleven-week low of 1.0921. The rebound helped the currency to surpass the 20- and 40-period simple moving averages (SMAs) on the four-hour chart. The RSI jumped above the neutral threshold of 50 but it is currently pointing down, whereas the stochastic is moving towards the overbought region.

To sum up, EURCHF has been in a bearish mode in the short-term timeframe. An upside tendency could develop if there is a rise above the 200-period SMA.