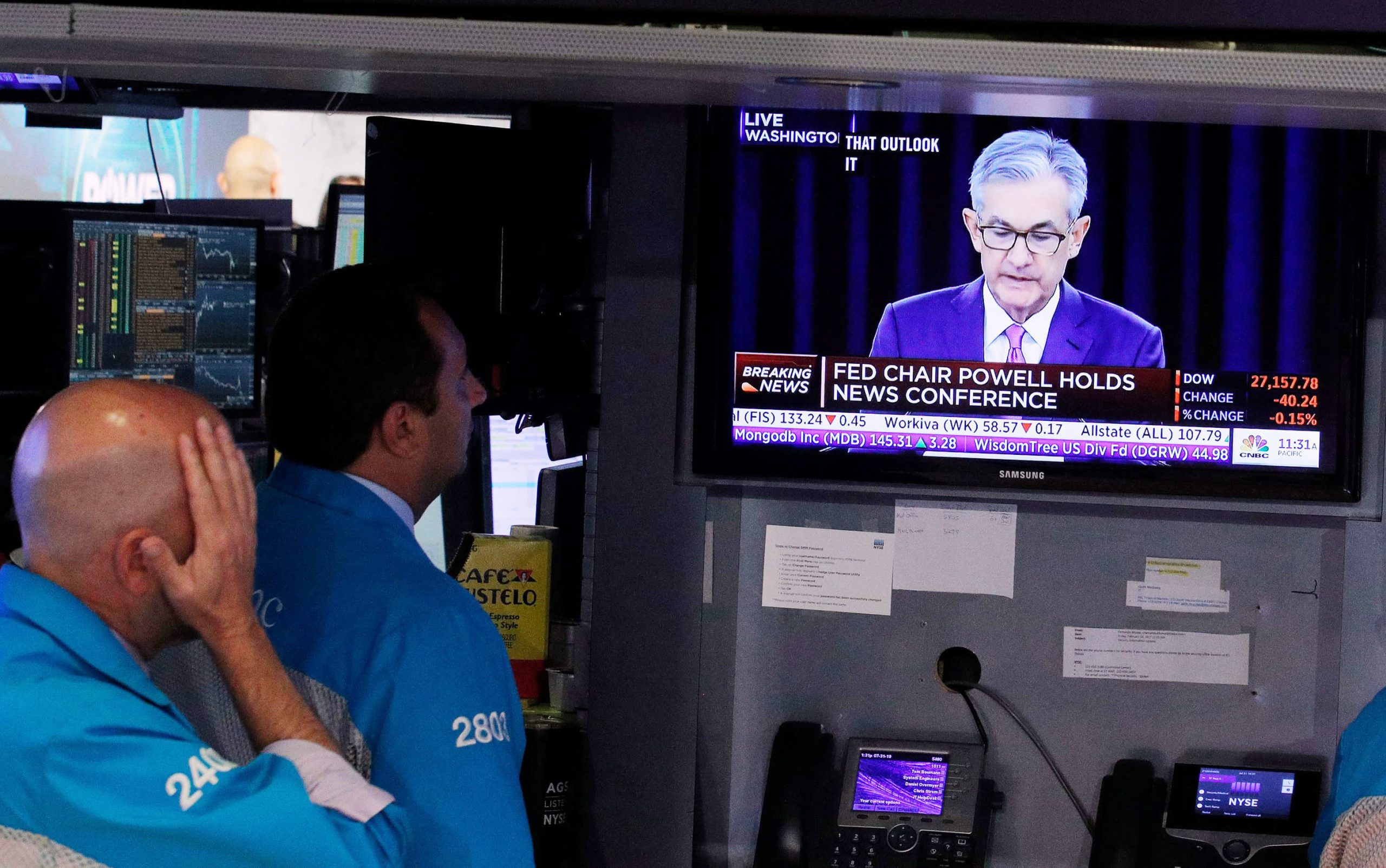 Red-hot consumer inflation data for April spooked markets and raised concerns that the Fed is wrong about rising prices being just temporary.

If the Fed is incorrect, that means that it could begin to unwind its easy policies quicker than expected and ultimately raise interest rates.

The Consumer Price Index for April rose 4.2% from a year ago, the briskest pace since September 2008. Economists had expected a big number, of 3.6%, because of base effects accounting for last year’s weakness. But the CPI’s surge took markets by surprise, sending Treasury yields higher and stocks lower.

The CPI measures a basket of goods and energy and housing costs. Excluding food and energy, core CPI increased by 3% year over year and 0.9% on a monthly basis, compared with respective estimates of 2.3% and 0.3%.

Stocks, already lower, buckled under the inflation worry when the Labor Department released its report at 8:30 a.m. ET Wednesday. Tech slumped and the losses on the Nasdaq accelerated. The index was down 2% in afternoon trading, while the S&P 500 was off 1.6%.

“The tug-of-war has been intensified,” said Quincy Krosby, chief market strategist at Prudential Financial. Stocks have already been under pressure on worries that inflation is picking up and will squeeze margins and erode corporate profits.

“How transitory is transitory?” Krosby asked. “All this does is provide more uncertainty in a market that is still expensive. Even with the pullbacks, it’s still expensive. … We’ll have to see how the market factors it in. Does it see it as part of the reopening?”

The Fed has been forewarning that there will be a short period of high inflation, as the economy reopens and comparisons to last year’s pandemic-shocked economy make inflation appear even hotter. Fed Vice Chairman Richard Clarida said Wednesday morning he was surprised by the hot CPI data, but also reiterated that the inflation jump should be transitory.