Week Ahead – Will the Bond Market Remain in a Holding Pattern? 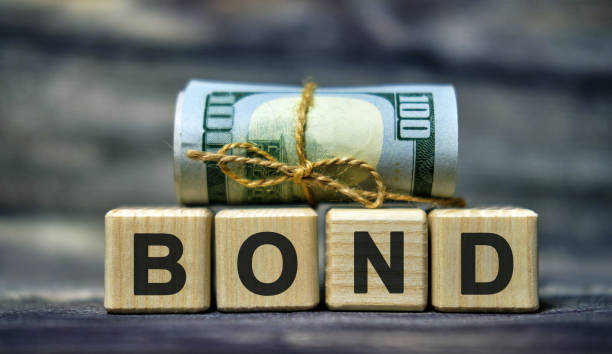 Financial markets seem to be constantly recalibrating. The economic data is expected to be volatile and that should support the Fed’s patient stance on waiting for enough data to make a clear assessment over pricing pressures and the strength of the labor market recovery.

Inflation expectations are weighing on sentiment, but Treasury yields seem like they may be stuck in a holding pattern a little while longer. The front end of the curve is not moving and since expectations are so high for the US economic recovery, the bond market is still mostly counting on disinflationary forces to win out.

The focus for the upcoming is heavily tilted to the Fed. The Fed’s April meeting minutes will be released and could provide some clarity over their inflation expectations. Investors will closely listen to the Fed’s Clarida, Bostic, Kaplan, Bullard, and Barkin. Key economic releases include a round of housing data, a couple of Fed regional surveys, jobless claims and the flash PMI estimates.

Traders will overanalyze the Fed’s April meeting minutes to see how upbeat Fed officials have become and if they provide any hints on how to define “transitory” when it comes to inflation.  The minutes however are very dated and predate both the disappointing nonfarm payroll report and hotter than expected CPI and PPI readings.

It is a busy week filled with economic releases.  On Monday, the first regional Fed survey from the Empire State is expected to show manufacturing softened slightly.  Tuesday could show a cooling housing market with a slight dip with housing starts and a modest increase in building permits.  Wednesday is all about the FOMC Minutes, while Thursday focuses on weekly jobless claims and the Philly Fed Business Outlook which should remain strong but at a softer pace than last month.  Friday will provide the May flash PMI readings, which should post minimal improvements in both the manufacturing and services sectors.

The reopening of the US economy is going to enter another gear as most capacity restrictions will be eased across much of the country.

On Wednesday, the Eurozone releases Final CPI for April. On an annualized basis, the forecast for headline CPI stands at 1.6%, which is comfortably close to the ECB’s at below but close 2% target.

On Thursday, there are a number of panels with speakers from European central banks. ECB President Lagarde, Governing Council member Holzmann and IMF Managing Director Georgieva speak at a conference on “Gender, Money and Finance,” hosted by the Austrian National Bank.

German consumer confidence remains in negative territory. The May estimate stands at -7.5, which would be a slight improvement from the April read of -8.1 points.

On Monday, the U.K. government will proceed to phase three in easing the lockdown restrictions as part of the “roadmap” to recovery. The new rules will allow for both outdoor and indoor gatherings. Most businesses will be allowed to reopen, with the exception of those in high-risk sectors. International travel will be allowed to a “green list of countries”, and travelers will not need to quarantine upon return.

On Tuesday, the UK releases unemployment claims and ILO unemployment.  This will be followed with a hot inflation report for the month of April on Wednesday, with a consensus of 0.6% (MoM) and 1.5% (YoY). On Friday, the UK releases Retail Sales data for April and the May Flash PMI readings.  Retail sales on a monthly basis is expected to soften, while the flash PMI estimates should remain robust.

The Hungary Central Bank will announce a rate decision on Tuesday. No change is expected to the current rate of 0.60%, with the bank waiting on any rate hikes.

Hungary’s inflation remains a key concern, as inflation was the fastest in Europe and the highest since 2012. At the same time, core inflation was much more stable, with a rise of only 3% in April, which was the lowest since 2019. Central bank policymakers are in a wait-and-see mode, with the bank forecasting that the rise in inflation will temporarily peak at around April’s levels before slowing to within the 2%-4% tolerance range in the summer.

Money-market traders raised bets for a rate hike in the next three months only slightly after the data was published, still broadly expecting an increase of about 15 basis points via the central bank’s most-influential one-week deposit rate.

South Africa releases the April inflation report on Wednesday. CPI (YoY) is expected to rise to 4.3%, up from 3.2% beforehand. This would still be below the 4.5% midpoint of the Reserve Bank’s target range for inflation.

The Reserve Bank meets on Thursday and is expected to maintain interest rates at 3.50%. Inflation has been rising and the bank could hike rates in this quarter.

China releases Industrial Production and Retail Sales on Tuesday. Both should show impressive, but slowing increases after a post Lunar New Year March rebound. Lowball prints may take some of the heat out of the international inflation story, which counterintuitively, could be supportive of Asian equities.