Bitcoin hovers above $40,000 after a wild week that saw the cryptocurrency plunge 30% at one point 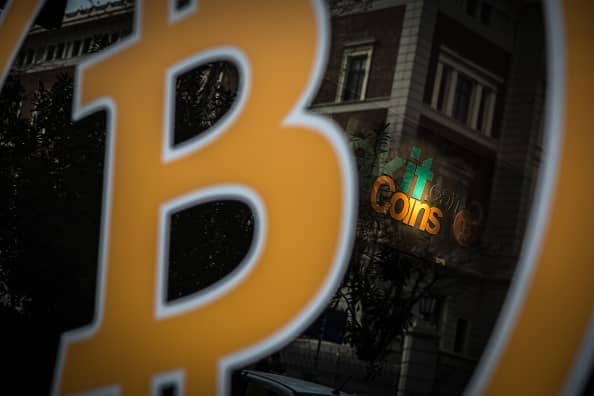 A Bitcoin sign is seen at the entrance of a cryptocurrency exchange office on April 16, 2021 in Istanbul, Turkey.

Bitcoin’s price hovered above the $40,000 level on Friday, as a comeback for the world’s top cryptocurrency was checked by worries around regulation.

The digital coin was up 1.7% at a price of $40,841 by 6 a.m. ET, according to Coin Metrics data. It bounced above the $42,000 mark Thursday as digital currencies attempted to rebound from a brutal sell-off earlier in the week.

Bitcoin’s gains were capped Friday after the U.S. Treasury Department said a day earlier that it would require any cryptocurrency transfer worth $10,000 or more to be reported to the Internal Revenue Service.