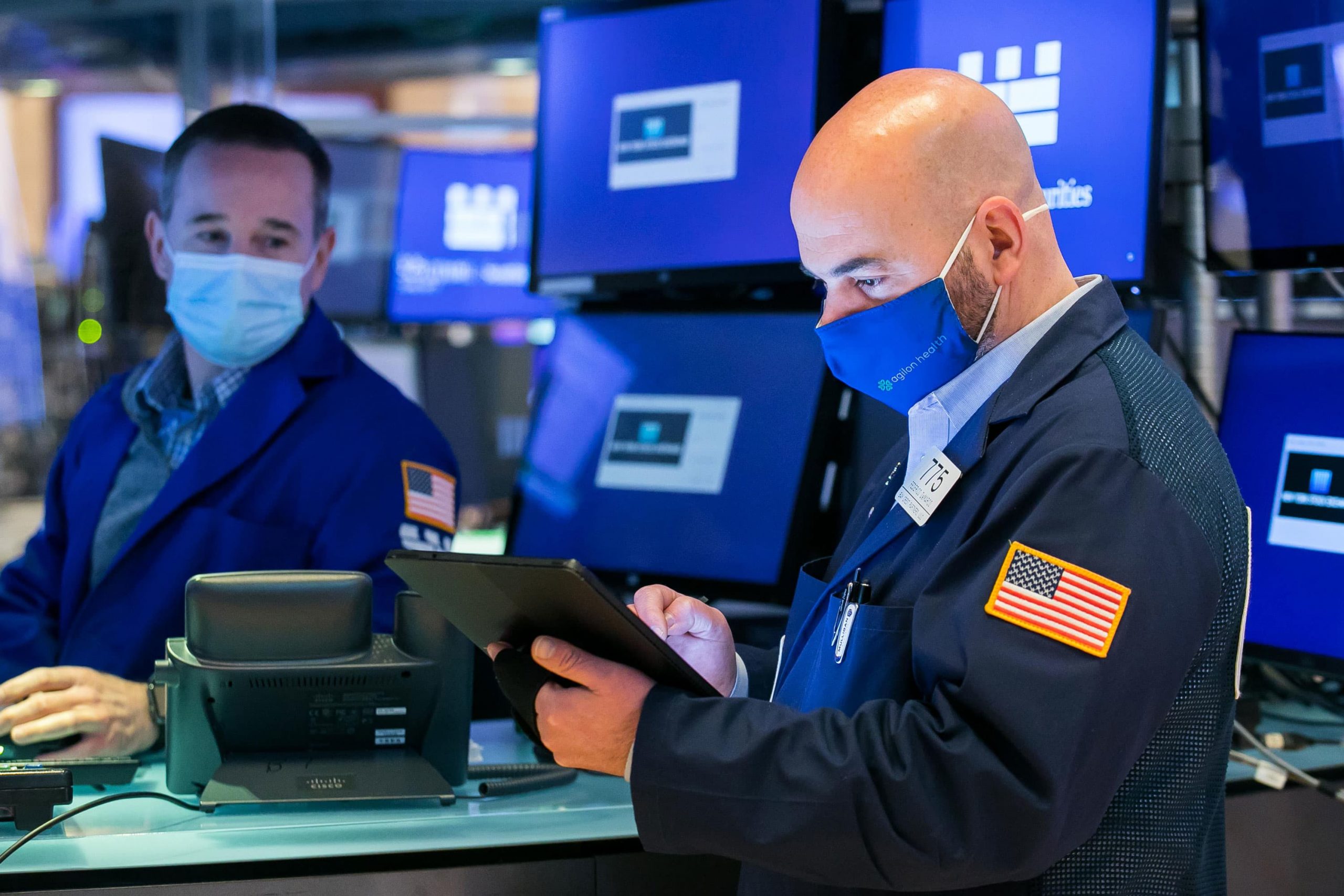 Traders on the floor of the New York Stock Exchange.

U.S. stock index futures were little changed during overnight trading on Sunday, after the S&P 500 posted its second negative week in a row.

Stocks are coming off a mixed week which saw the Dow post its fourth negative week in five, while the S&P registered two straight weeks of losses for the first time since February. The Nasdaq Composite, meanwhile, gained 0.31% last week, snapping a four-week losing streak.

Despite the tech-heavy index’s weekly gain, however, the Nasdaq Composite finished Friday’s session in the red as bitcoin prices once again moved lower, putting pressure on the broader technology sector.

The cryptocurrency’s sell-off continued on Sunday, with bitcoin dropping around 16% to under $32,000, according to data from Coin Metrics. On Wednesday, bitcoin prices tumbled to just above $30,000, dropping to the lowest level since late January.

“The rapid rise in digital currency values hit a major speedbump this week as cryptocurrencies of all stripes saw sharp declines in their prices,” strategists at CIBC wrote in a note to clients. “The asset class continues to be highly volatile, with the potential of significant price movements resulting from a single tweet or public comment.”

The decline came as Chinese regulators called for stricter laws around mining and trading the cryptocurrency.

“Despite this week’s collapse in crypto markets and rather hawkish FOMC minutes, another equity dip was bought by investors,” JPMorgan wrote in a note to clients. “This ‘buy the dip’ mentality has been remarkably strong this year and has provided a support preventing any small correction in equities and risk markets from becoming more extended,” the firm added.

The Federal Reserved hinted at its April meeting that easy monetary policies could be reconsidered if the economy continues to show signs of rapid improvement, according to minutes from the meeting released last week.

Looking ahead, there are a number of retail companies set to report quarterly earnings in the coming week, including Nordstrom, Urban Outfitters, Gap and Ulta. Several technology companies will also release quarterly updates, including Nvidia, Snowflake, Workday and Salesforce. On the economic data front, consumer confidence and new home sales data will be released on Tuesday.

After outperforming year to date, small caps have faced recent weakness, and the Russell 2000 is on track to snap a seven-month winning streak.

“We think the choppy/sideways trend will continue for a bit longer, and the market will experience sell-off scares along the way,” noted Adam Crisafulli, founder of Vital Knowledge. “While stocks are absorbing a lot of changes well so far, all the inflection points still have longer to play out.”