AMC stock erases a 38% rally and turns red in wild trading, but ends the week up 116% 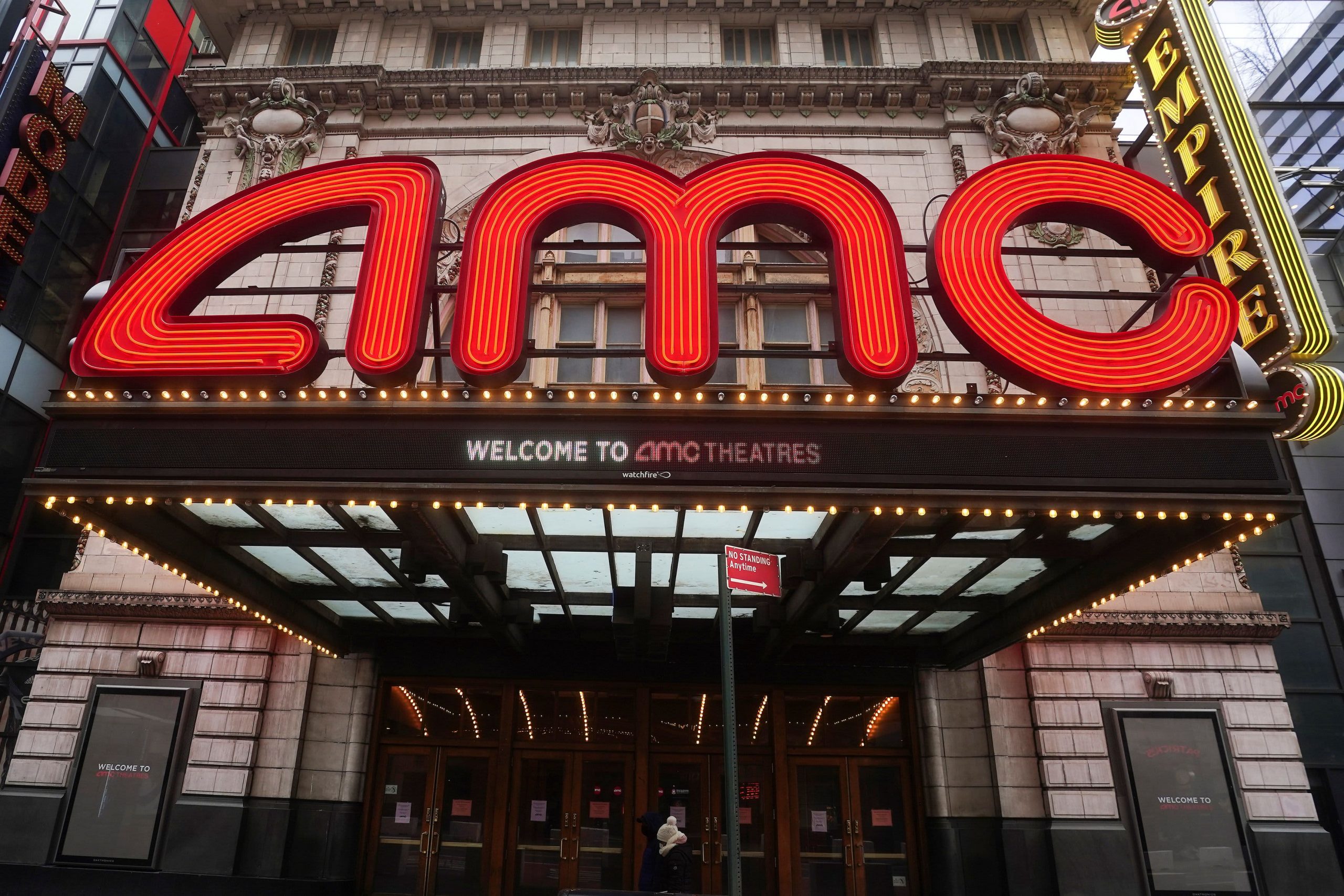 The stock closed down 1.5% after rallying as much as 38% earlier Friday. Despite the intraday reversal, shares advanced more than 116% week to date, bringing its monstrous 2021 rally to 1,132%.

AMC was the most active stock on the New York Stock Exchange by far on Thursday with nearly 700 million shares changed hands. The stock recorded its highest trading volume of 1.25 billion shares on Jan. 27.

“The retail trader is at it again,” said Edward Moya, senior market analyst at Oanda. “AMC500k and AMCSqueeze were trending on Twitter yesterday and that momentum took the stock price above the end of January high that we saw during the peak of meme stock mania.”

The movie theater chain has replaced GameStop as the most popular stock in the infamous WallStreetBets Reddit forum, according to Bank of America’s analysis of stock mentions on the chat page.

Enthusiastic Reddit traders are encouraging each other to double down on AMC’s stock and call options by sharing screenshots of their portfolio and touting massive return. One trending post on WSB Friday reads: “$AMC YOLO UPDATE : 4948 shares, 10 calls, across 4 brokerages, and I still ain’t selling!”

GameStop, which was the star of the show amid the January retail trading mania, fell 12% Friday and cut its weekly gain to 25%. AMC’s 2021 gains also exceeded GameStop’s 1,078%.

AMC’s surge this week inflicted a $1.2 billion loss for short sellers, according to data from S3 Partners.

Short covering could be fueling AMC’s massive rally this week. When a heavily shorted stock jumps higher, short sellers are forced to buy back borrowed shares to close out their short position and cut losses. The forced buying tends to accelerate the rally even further.

AMC is a heavily shorted name, with about 20% of its float shares sold short, compared with an average of 5% short interest in a typical U.S. stock, according to S3 Partners.

While its business started to recover amid the economic reopening, AMC is still facing steep headwinds, including theater capacity and the competition from streaming services.

The company, which has around $5 billion in debt and $450 million in deferred lease repayments, has seen revenue slashed significantly due to the coronavirus pandemic.

“All that really matters here long term, this company is never going to make cash again,” Rich Greenfield, co-founder of LightShed Partners, said Friday on CNBC’s “Squawk Box.” “They will never generate cash with their current capital structure. It traded at 7 times EBITDA pre-pandemic. It’s now trading at 25 times EBITDA right now and it’s in a worse position today with the changed industry. This just de