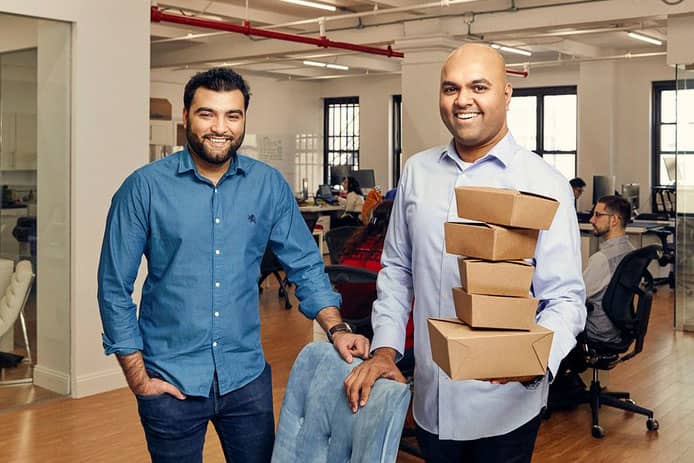 There’s no such thing as a free lunch — except when big companies want to get their employees back to the office during a pandemic.

Employers including banks and asset managers, technology companies and law firms are ramping up back-to-work plans as more Americans get vaccinated and New York Mayor Bill De Blasio targets a July reopening for the city.

JPMorgan Chase CEO Jamie Dimon has summoned his U.S. workers back to the office, at least on a part-time basis, by July. At Goldman Sachs, employees were told to be ready to return by mid-June. Other companies are targeting a return date for after the Labor Day holiday.

For some firms, like Goldman, free meals began last year as a necessary convenience because so many restaurants had shuttered, giving employees few lunchtime options. For others, the perk is a way to make offices more appealing for those who have grown used to remote work, according to Dilip Rao, CEO of a food-ordering platform called Sharebite with nearly 200 corporate clients.

“A lot of these firms are reopening their offices and they’re using food as the carrot to bring people back,” Rao said. “Oftentimes when we talk to companies, they’re like, ‘I don’t care if it’s $20 a day [in food subsidies], I just want people back in the office.”

Companies are grappling with how to safely welcome back the thousands of workers who have been toiling from their homes for more than a year. They’ve had to walk a tightrope in terms of convincing employees it’s safe to return while not yet outright mandating vaccinations. A recent Pew Research Center survey found that almost two-thirds of employees were uncomfortable with returning to work.

Part of that equation is figuring out how employees will feed themselves, so companies have reconfigured cafeterias or signed up for software platforms like Sharebite that streamline orders.

That makes free food, once a perk more common at tech giants like Alphabet and Facebook, one of the tools in getting workers to embrace office life again, says Rao.

Among Sharebite clients including financial institutions, corporate law and professional services firms and technology companies, more than 90% subsidize at least part of employer meals, according to the New York-based start-up. High profile clients include McKinsey, WeWork and Coinbase.

That figure is even higher for financial firms like banks and hedge funds. Investment banks including Credit Suisse and Cowen and asset manager Neuberger Berman are subsidizing employee meals through Sharebite, according to a person with knowledge of the arrangement.

A Sharebite station in a workplace.

A problem Sharebite helped solve is that a flurry of orders around lunch time would result in lobbies crowded with delivery personnel. Employers signed up to the company, whose main competitor is Seamless, can instead group together orders from a list of approved restaurants, resulting in a single delivery to a Sharebite-branded station.

“All our clients realized very quickly that you can reopen your office, but you need a plan to minimize the variability associated with people coming in and out of your building,” Rao said. “You don’t want hundreds of delivery people waiting in the lobby during the lunch rush. You definitely don’t want thousands of employees going up and down crowded elevators.”

Before the pandemic, banks and law firms would typically let employees expense meals in the evening or on the weekend to reward long hours, Rao said. Now, almost all of the orders on Sharebite are during the lunch rush, he said.

Firms that don’t use Sharebite, like Goldman, have still decided to feed their employees.

Goldman began offering free breakfast and lunch at its downtown Manhattan headquarters last year, according to spokeswoman Leslie Shribman. At locations that lack on-site cafeterias, like the firm’s Salt Lake City hub, employees get up to $20 per day in meal subsidies, she said.

Other financial firms have also increased perks, though they may not last indefinitely.

Bank of America employees receive meal and transportation subsidies for working on-site, but “those programs are evolving now,” according to a person with knowledge of the company. Separately, the bank has offered all employees subsidized child and elder care, and that continues, the person said.