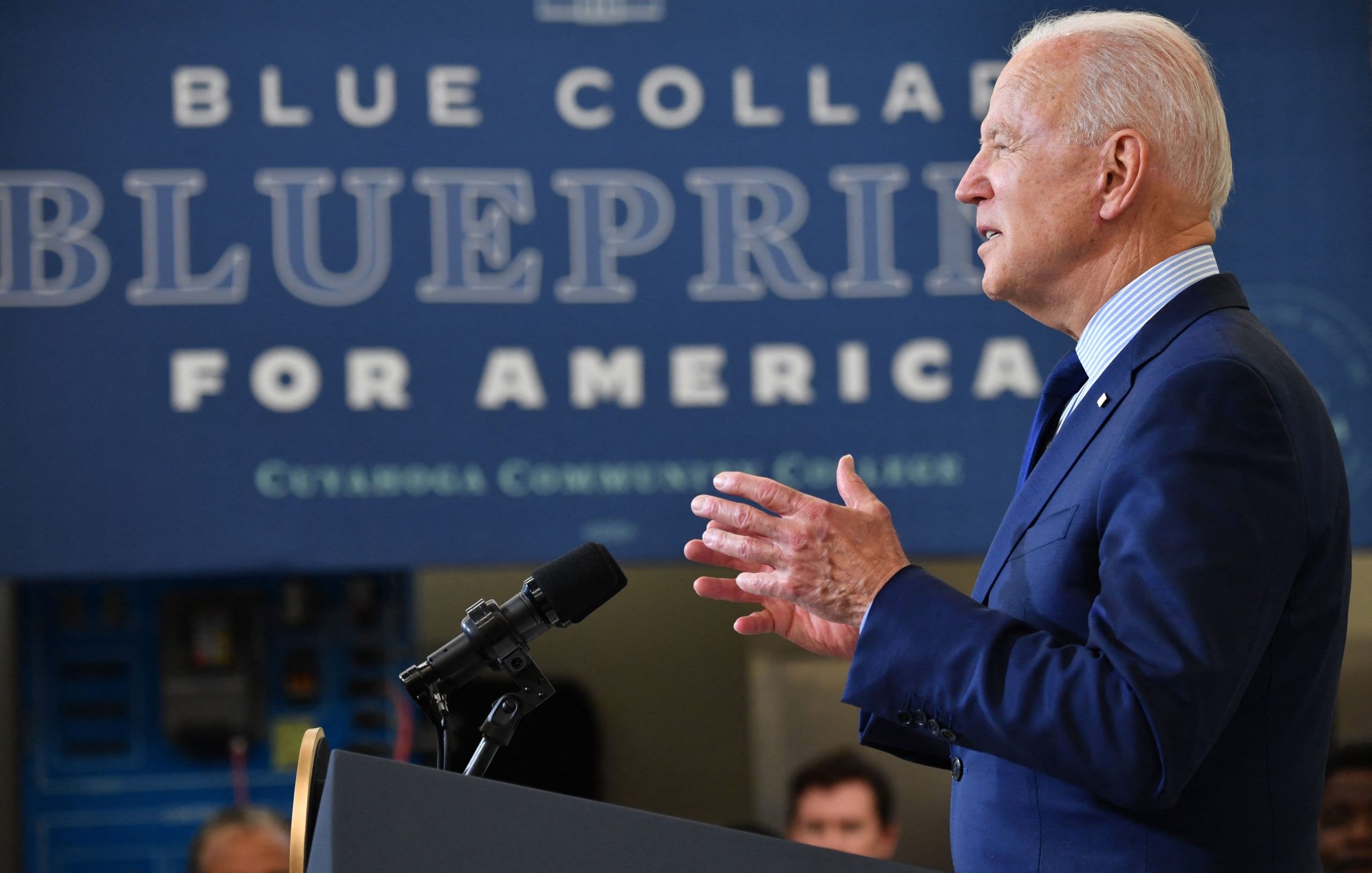 WASHINGTON — After weeks of defending his economic policies against critics who blame them for overheating the economy, President Joe Biden went on the offensive Thursday, arguing that rising wages are a sign his agenda is boosting the fortunes of working Americans.

“The bottom line is this: The Biden economic plan is working,” said the president in a speech at Cuyahoga Community College in Cleveland, Ohio. “We’ve had record job creation, we’re seeing record economic growth, we’re creating a new paradigm. One that rewards work — the working people in this nation, not just those at the top.”

Republicans and business groups claim that the enhanced federal unemployment benefits in Biden’s American Rescue Plan, his signature domestic accomplishment, are to blame for a “labor shortage” that has forced corporations like McDonald’s and Bank of America to raise their minimum hourly wage. Some economists fear increasing wages could lead to further inflation.

Biden flatly rejected this view of the economy in his speech Thursday: “When it comes to the economy we’re building, rising wages aren’t a bug, they’re a feature,” he said. The president went on to renew his call for Congress to raise the federal minimum wage to $15 an hour.

Biden credited the American Rescue Plan and his ambitious vaccination program with jump-starting a U.S. economy battered by the Covid pandemic. The bill passed with no GOP votes, but several Republicans later sought to take credit for it with their constituents despite having voted against it.

“I’m not going to embarrass anyone, but I have here a list of who, back in their districts, they’re bragging about the rescue plan,” said Biden, holding up a list of Republicans who touted the relief funding.