Retail sales fell a sizable 5.1% in April, Statistics Canada’s preliminary estimate showed. The steep drop—which followed big gains in both February and March—came amid renewed pandemic restrictions that forced many shops to close their doors to in-person shoppers. According to our own tracking of card spending data, sales probably declined again in May, falling particularly for things like clothing and furniture. Still, spending has bounced back relatively quickly before when containment measures have eased. And early data for June—which has seen some provinces partially reopen—looks decidedly better.

Indeed, as weak as economic data over April and May look, the near-term outlook has improved sharply alongside accelerated vaccination rates. By our calculation (based on announced delivery plans from the federal government), close to half of the eligible Canadian population could be expected to have received their second vaccine dose by Canada Day. This progress, combined with a much lower case count nation-wide, should allow for further, and more sustainable reopening of businesses in the summer of 2021. That will not only support a recovery in spending on retail products, but also leave more room for green-shoots in the hardest-hit hospitality and travel sectors to grow. 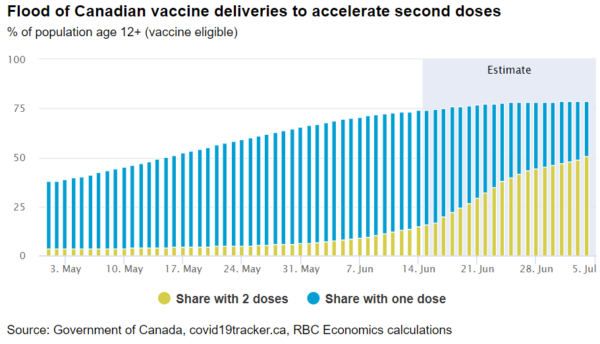 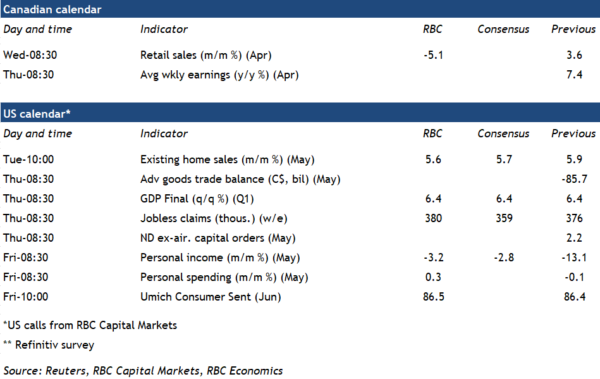