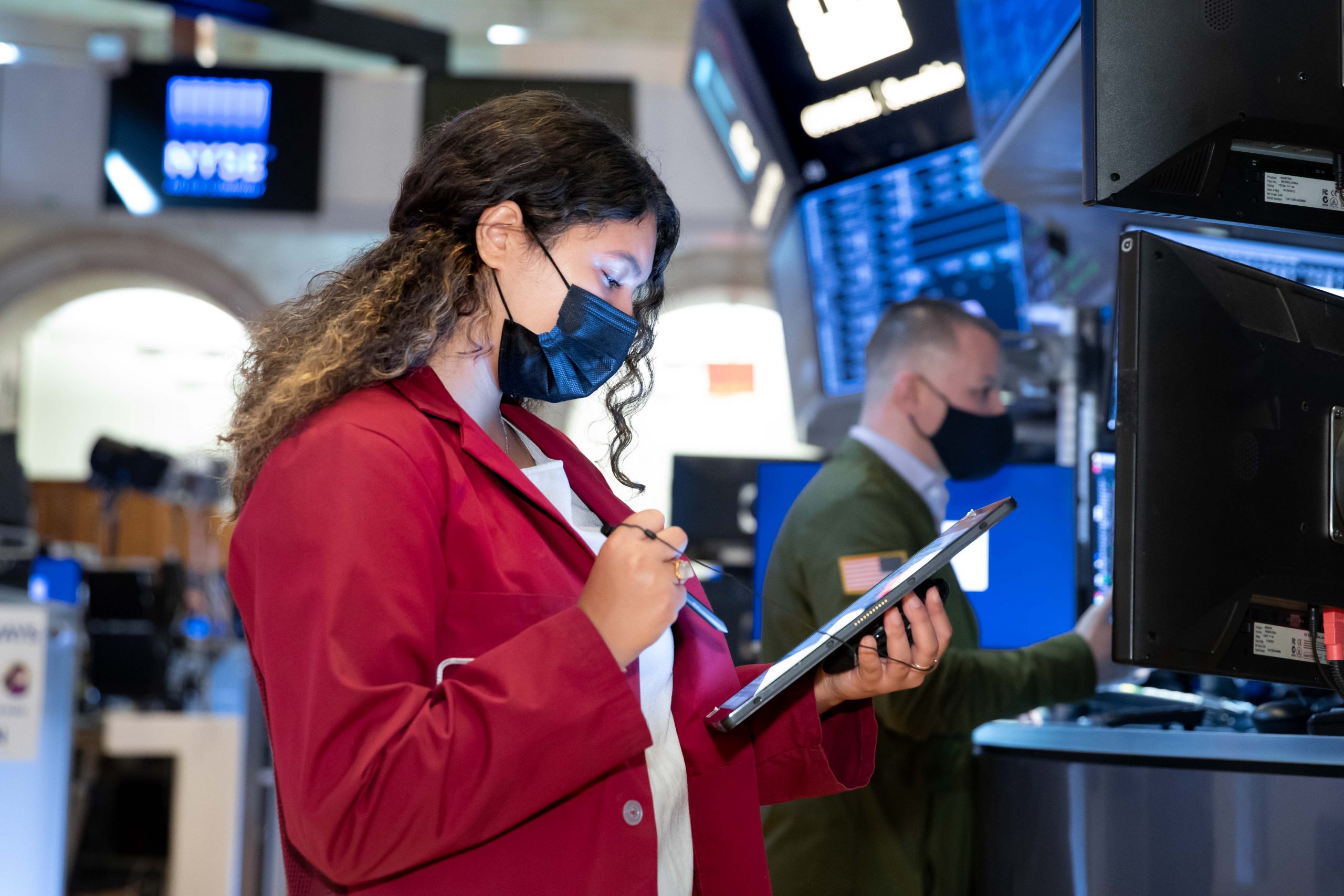 Traders work on the floor of the New York Stock Exchange.

The three major indexes closed at record highs on Friday after a sell-off Thursday as investors worried about a potential slowdown in U.S. economic growth. Friday’s rally brought the averages into the green for the week; the Dow added 0.24% week-to-date, while the S&P 500 and Nasdaq each rose about 0.4% in the same period.

The major averages’ record highs come ahead of the start of quarterly earnings reports. S&P 500 companies’ profits are expected to be up 65% from the same quarter a year ago, according to Refinitiv, bouncing back from the worst of the pandemic. The expected surge in profits would be the strongest earnings growth since the fourth quarter of 2009, as stocks recovered from the financial crisis.

“The second quarter could be as good as it gets for economic growth,” Callie Bost, senior investment strategist at Ally Invest, said. “Earnings growth may slow, but analysts still expect S&P profits to grow by double digits in the next two quarters. It’s crucial not to lose faith in the market just because the economy’s strongest growth may be behind us.”

JPMorgan Chase, Goldman Sachs and PepsiCo kick off earnings season with results due out before the bell on Tuesday. Bank of America, Citigroup, Wells Fargo, Delta Air Lines and BlackRock report on Wednesday, and Morgan Stanley, Truist and UnitedHealth post results on Thursday.

Investors also anticipate important data to be released this week, including key readings on inflation on Tuesday and Wednesday, and June retail sales on Friday.