Market bears had multiple chances to probe a bearish reversal last week, riding on talks like Fed’s tapering, spread of Delta variants, and China’s crackdown on its own technology stocks, as well as foreign IPOs. Yet, the optimists just refused to give up and pushed US indexes to new record closes, after all the volatility. The tug of war should end that easily. But for now, it seems that the bulls are having a solid upper hand.

That brings us to note that while Yen and Swiss Franc ended as the strongest, late selloff argues that the near term moves are already reversing. Some Yen crosses, as noted below, could have completed their corrections near to medium term fibonacci support levels. Dollar also ended mixed after losing momentum and paring back much gains. There is prospect of more downside in Dollar for the near term. The question is whether commodity currencies, after ending the week as worst performers, could strike a come back. Or, it’s now time for Euro and Sterling to shine. 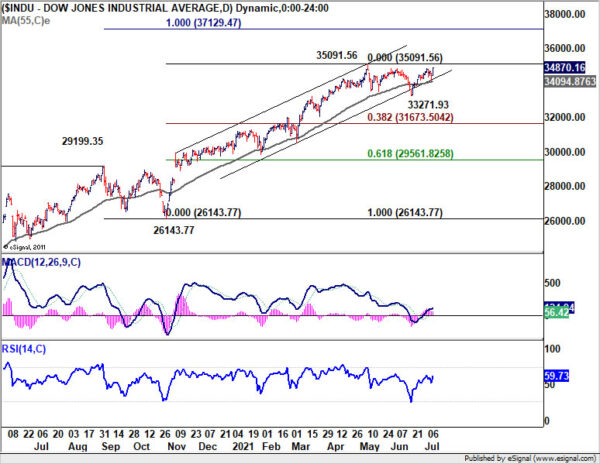 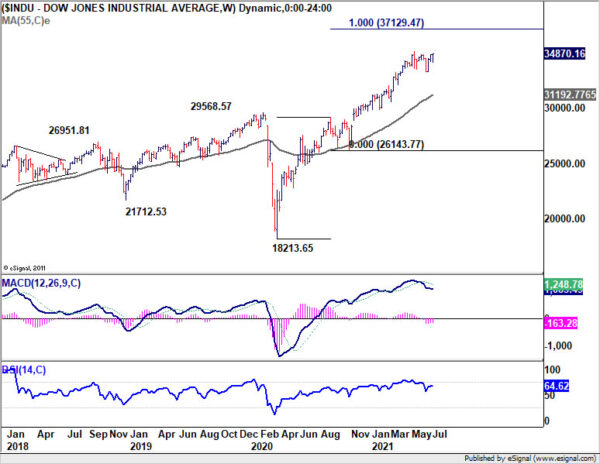 Development in major European indexes were also not back. FTSE was just range bound, and repeated drew support from rising 55 day EMA. Similarly, DAX also just engaged in sideway consolidation, holding on to rising 55 day EMA. Both indexes are staying in healthy medium term up trend for upside breakout any time. 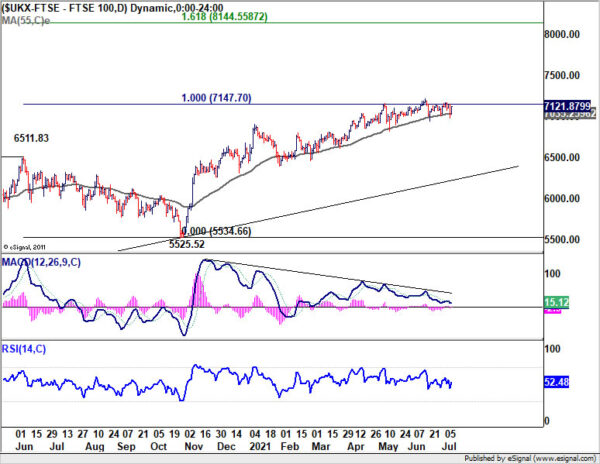