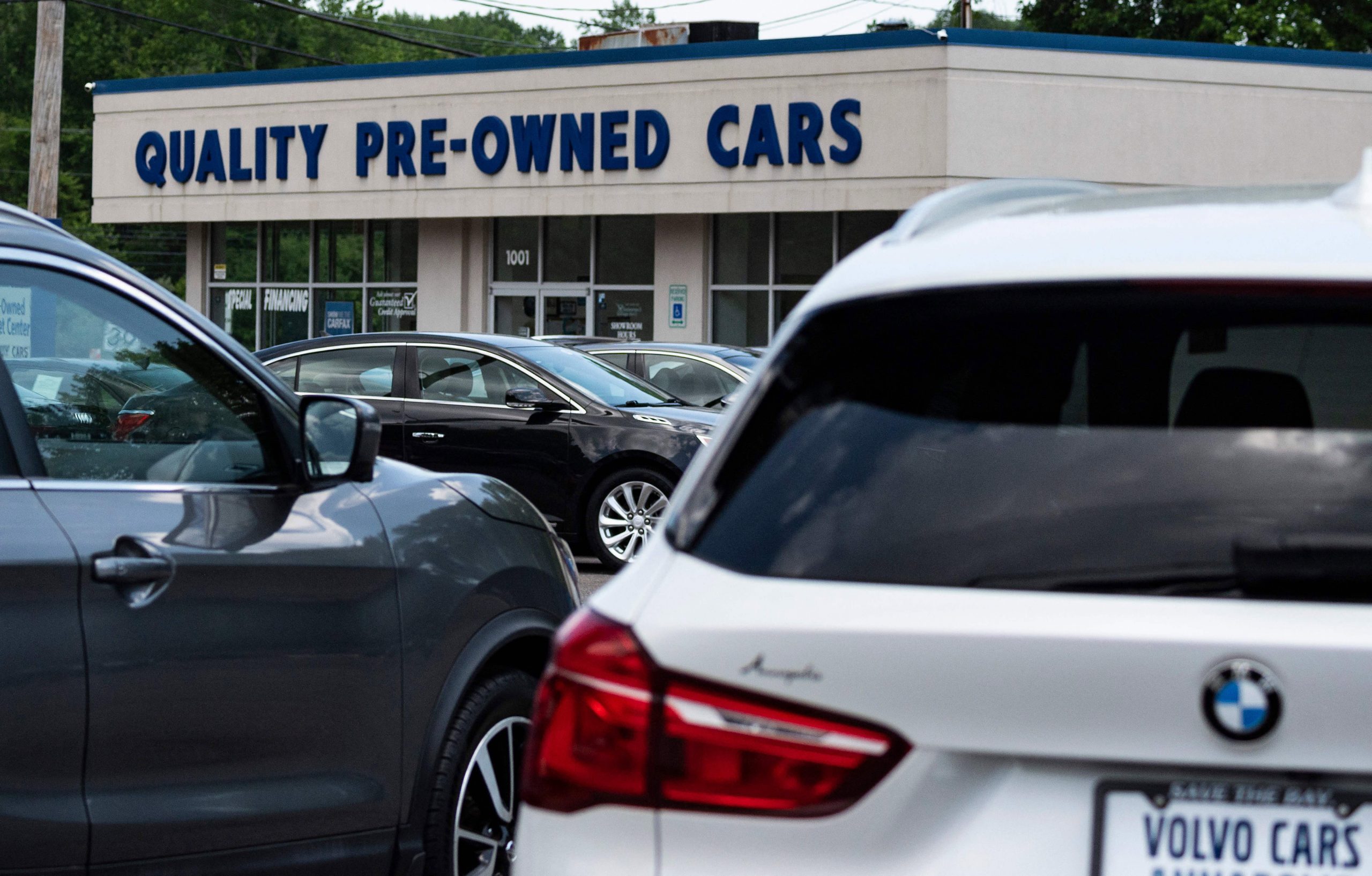 Consumer prices just posted their largest one-month jump in nearly 13 years, a fact that might tempt some to conclude that a white-hot U.S. economy is on the brink of runaway inflation.

But a spike in the June 2021 consumer price index reading may, in fact, be little cause for alarm.

That’s because a significant reason for the overall prices increase is thanks to a dizzying rise in one isolated area of the economy: used car prices.

“The headline CPI numbers have shock value, for sure; however, once you realize that a third of the increase is used car prices, the transitory picture becomes more clear,” wrote Jamie Cox, managing partner at Harris Financial Group. “Inflation is rising, but things are well behaved and have not changed materially.”

A used car dealership is seen in Annapolis, Maryland on May 27, 2021, as many car dealerships across the country are running low on new vehicles as a computer chip shortage has caused production at many vehicle manufactures to nearly stop.

Cox’s comments came just minutes after the Labor Department published its June 2021 CPI report, which showed that prices paid by consumers increased 5.4% from a year ago, the largest jump since August 2008. Core CPI, which strips out volatile food and energy components, rose 4.5%, the sharpest move for that measure since September 1991.

Markets, which have in recent months grown wary of rising prices and whether they will cause the Federal Reserve to act, appeared to keep their cool over inflation on Tuesday.

The S&P 500 was essentially unchanged shortly after the open and the 10-year Treasury yield actually fell, not the reaction one would expect from such a hot inflation report.

The uptick in inflation in recent months is thanks to a mismatch between a vast amount of pent-up demand and limited supply of goods and services that Covid-19 made unavailable for almost all of 2020. Thousands of Americans hoping to finally travel in 2021 have helped drive up the price of oil and gasoline, as well as airfares.

That desire for travel and road trips has also fueled a historic appetite for used automobiles.

This was the largest monthly increase ever reported for the used cars and trucks index, which was first published in January 1953.

Ian Lyngen, head of U.S. rates strategy at BMO Capital Markets, echoed Cox’s assessment of the June inflation numbers. He noted that used car and truck prices climbed more than 10% month over month and about 45% over the last 12 months.

Those sorts of figures, while impressive, are more of a distorting outlier than reflective of a broader uptick in prices across all sectors, Lyngen noted.

June’s reading makes “the last three months 10.0%, 7.3% and now 10.5%,” he wrote. “Overall, a continuation of the pandemic-specific pockets of inflation — although questions regarding the ‘transitory’ characterization are sure to emerge in the wake of yet another stronger-than-expected inflation print.”