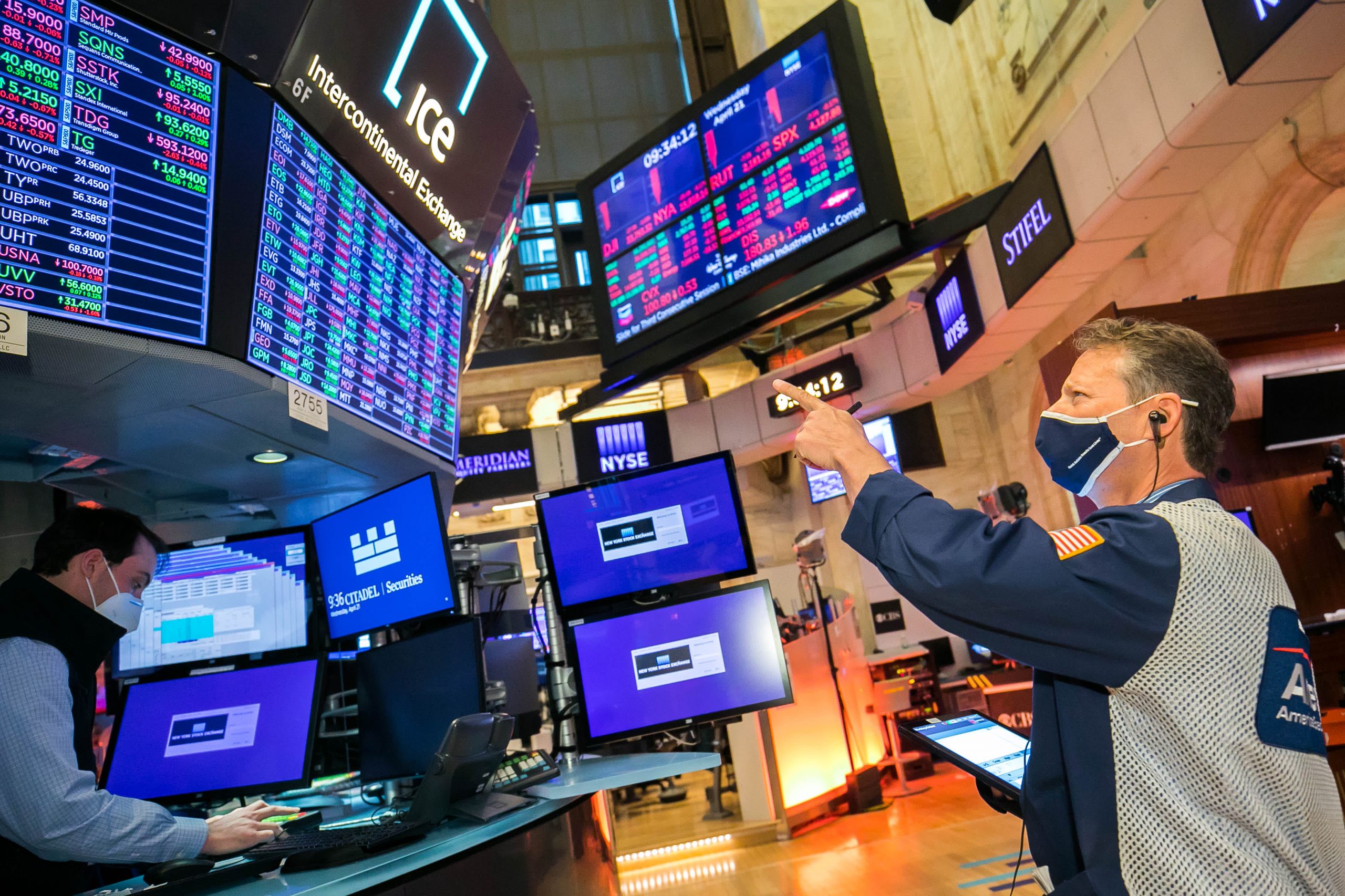 Stock futures slipped after the major averages finished the previous session at record closing highs and ahead of a busy week of earnings reports from technology’s heaviest hitters.

Those losses came as shares in Hong Kong suffered heavy losses during the Asia trading session on Monday, with the Hang Seng index in the city plummeting 4%.

All three of the major averages finished at record closing highs last week after the markets tumbled at the start of the week on concerns about the spread of the delta variant of Covid and how it would potentially hinder the economic recovery. The uncertainty briefly sent bond yields lower, and investors jumped into tech stocks. Both bonds and equities rebounded quickly by the end of the week.

One of the busiest weeks of earnings reports is on deck in the week ahead, with Tesla kicking it off after the closing bell. Last week, CEO Elon Musk said the automaker would likely start accepting bitcoin for vehicle purchases again.

Big tech giants Apple, Alphabet and Microsoft are all set to report on Tuesday, and Google, Facebook, and Amazon will also report later in the week.

Investors will be watching the Fed’s two-day policy meeting, beginning Tuesday. The Federal Open Market Committee and the Board of Governors are expected to issue a statement on the stance of monetary policy Wednesday. On Thursday the Commerce Department will report second-quarter GDP data.

On Monday morning the U.S. Department of Housing and Urban Development will release new home sales data and the Federal Reserve Bank of Dallas will release its monthly business activity index for manufacturing in Texas.

Correction: A previous version of this report was corrected to reflect the moves in Dow futures, rather than the Dow Jones Industrial Average itself.