July’s employment reports are expected to show labour market conditions continued to improve in both Canada and the US. Similar to June, the hospitality sector will drive much of job gains in July as the economies continue to reopen. In Canada, we expect employment increased 150K in July trimming the employment shortfall to 190K compared to February 2020. The unemployment rate is expected to fall to 7.2% from 7.8% in the prior month. Canada’s labour force already fully recovered its pandemic-related losses in June and we expect the labour force participation rate to tick up slightly higher again in July.

The US in comparison, has seen a much slower recovery with 3.4 million fewer labour force participants (people either working or looking for work) in June 2021 than in February 2020. Growing retirements among the baby boom generation, COVID-related health concerns and larger than usual federal income support all played some role in keeping workers from actively seeking employment. On the latter, 25 states ended the $300 federal top-up to state unemployment benefits by July 3rd, with 22 out of those 25 going one step further and ending all other types of federal aids including PUA. We expect another solid gain in U.S. employment July and look for labour force participation to rise as well. 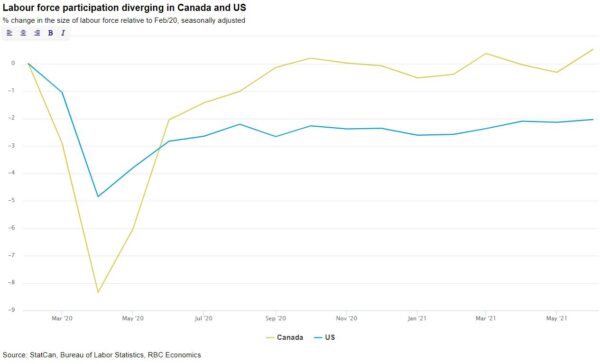 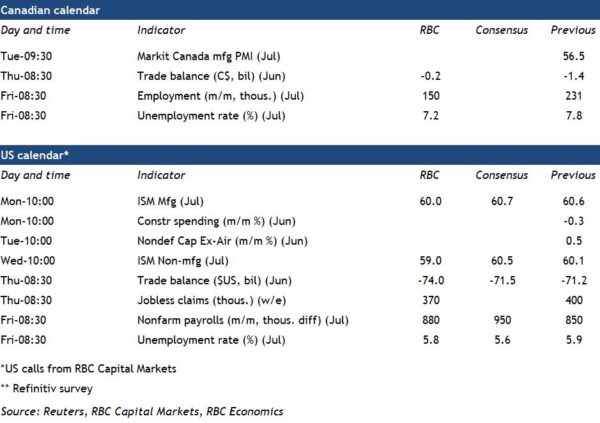