Following strong closes in US stocks, Asian markets ex-Japan are trading generally higher. The development helps lift commodity currencies generally higher. In particular, New Zealand Dollar is additionally lifted by much stronger than expected job data. Yen is paring some gains but weak treasury yields is keeping it afloat. On the other hand, Dollar continues to trade with an undertone and remains one of the weakest for the week.

Technically, as we’re entering into the second half of the week with job and services data, focuses will be on whether Dollar selling would take over again. In particular, break of 1.1907 resistance in EUR/USD and 1.3982 resistance in GBP/USD should seal the case in European-Dollar pairs. Meanwhile, Gold is holding on well to 4 hour 55 EMA so far, maintaining mild bullish favor. Break of 1833.91 resistance should resume the rebound from 1750.49 and double-confirm Dollar selloff. 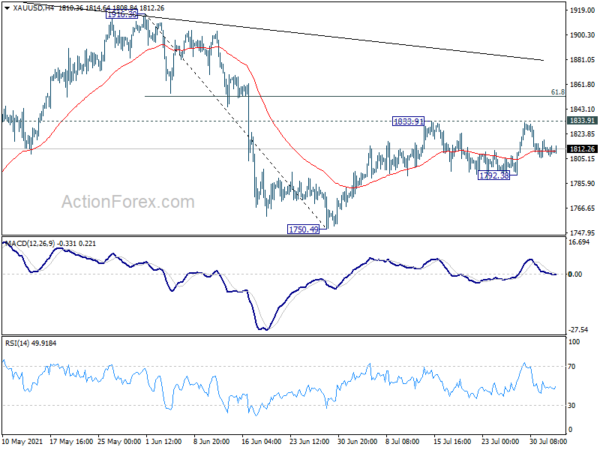 “The fall in unemployment is largely in line with other labour market indicators, including declining numbers of benefit recipients and increased job vacancies, and recent media reports of labour shortages and skills mismatches,” work, wealth, and wellbeing statistics senior manager Sean Broughton said.

Australia AiG construction dropped to 48.7 on outbreaks and restrictions

Ai Group Head of Policy, Peter Burn, said: “With Australia’s two largest states affected by COVID-19 outbreaks and associated restrictions, the construction industry slipped into contraction in July after a robust nine-month expansion. The negative national result masked continued growth outside of NSW and Victoria and further expansions in both house building and commercial construction…

“The outlook over the next couple of months will depend heavily on the paths of the COVID-19 outbreaks and the extent of restrictions.”

ABS said: “States under longer periods of restrictions for the month saw a larger fall in their June turnover. The largest falls were in Victoria (-4.0 per cent), New South Wales (-2.0 per cent), and Queensland (-0.9 per cent). Other states and territories that saw stay-at-home orders for a least one day of the month included Western Australia (0.1 per cent), and the Northern Territory (-1.8 per cent).”

Wang Zhe, Senior Economist at Caixin Insight Group said: “As the July surveys of Caixin China PMIs were conducted after the epidemic in Guangdong province was brought under control, and before Covid-19 resurged in Jiangsu province, the services sector expanded rapidly, though the manufacturing sector was slightly weaker.

The resurgence of the epidemic in some parts of China at the end of July is expected to hurt August’s PMI readings. China’s official second-quarter economic figures were in line with expectations, but the Caixin China PMIs in July suggest that the economic recovery is not on sure footing. The economy still faces enormous downward pressure, and we need to ensure business owners remain confident.” 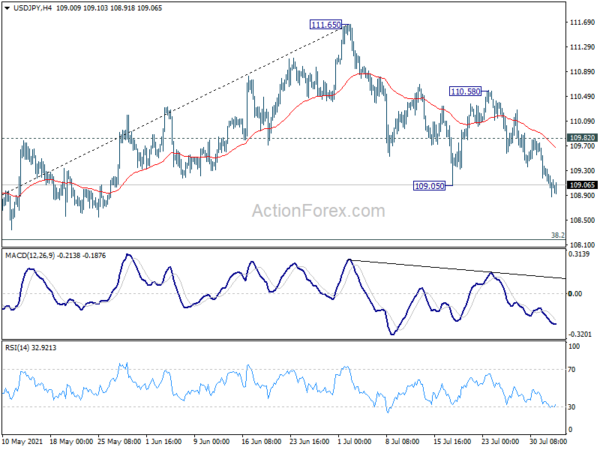 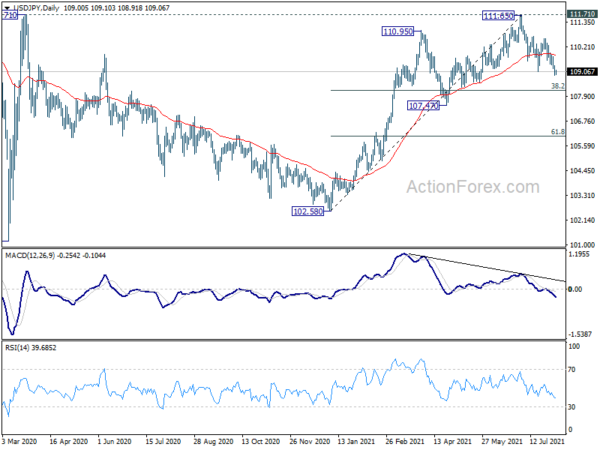