‘Made in China’ products are running into new logistics problems 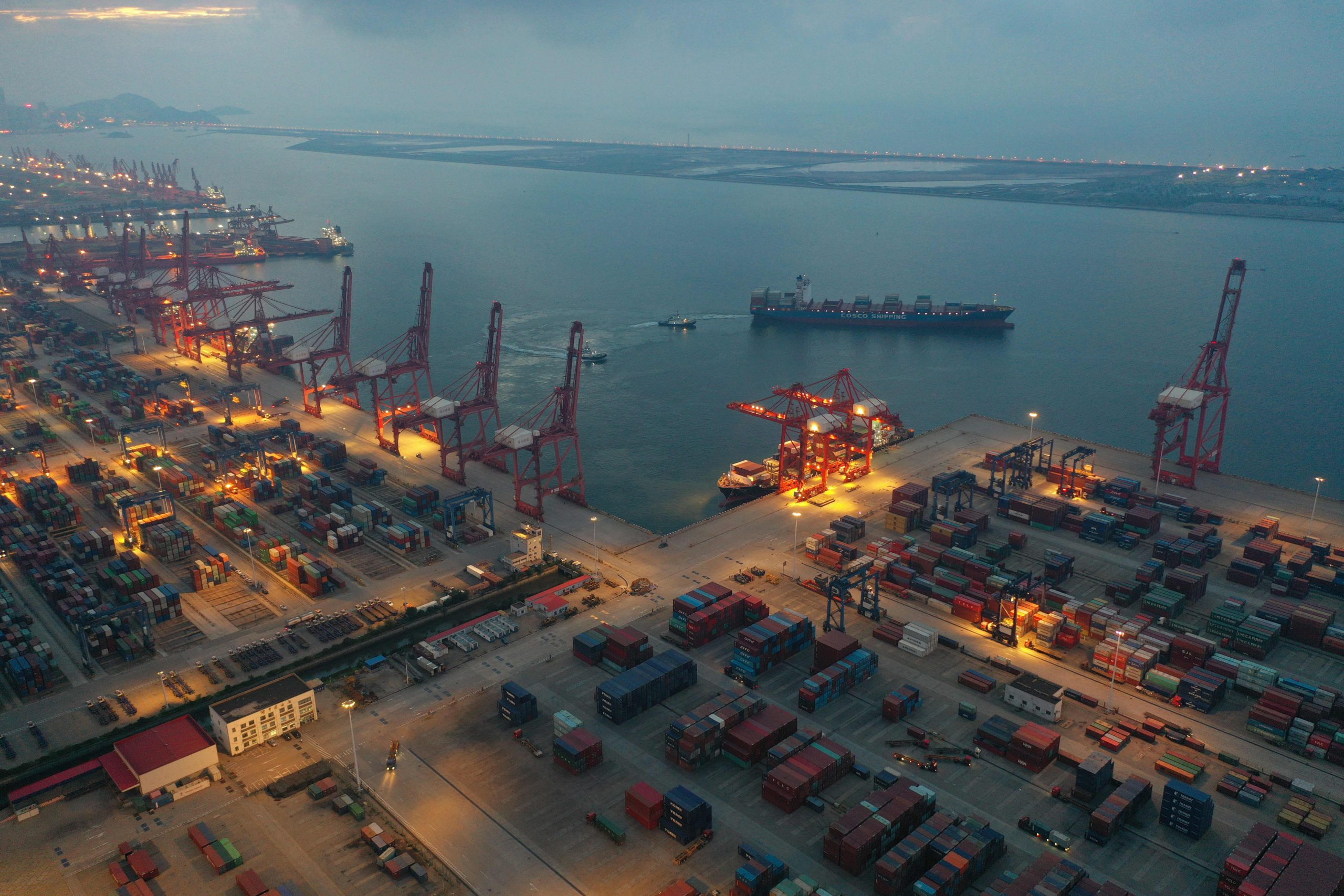 A ship leaves a container port in the evening in Lianyungang in east China’s Jiangsu province Thursday, July 22, 2021.

Access to cheap manufacturing at home gave Chinese businesses an advantage overseas. But it’s turning into a disadvantage now, as the pandemic and trade tensions disrupt international supply channels.

The cost of shipping containers has climbed five-fold from about $3,000 to as much as $15,000 each, while it takes about a week longer for them to get to Europe, she said in a Mandarin-language interview last month.

From the Suez Canal congestion in March to the re-emergence of Covid cases around a major Chinese export hub in Guangzhou in June, logistical disruptions have hit global trade one after the other.

“What you have in Europe, what you have around the world, I wouldn’t call it chaos, but a lot of disturbances in the logistics system,” said Alexander Klose, executive vice president of overseas operations at Chinese electric car start-up Aiways.

For the company, which makes its cars in China and sells them to Europe, Klose said the disruptions “delayed some shipments by two, three months just because cars were sitting in a port and not being transported.”

Foreign demand for Chinese-made products has remained strong — both by companies’ accounts and official data. The customs agency said in the first half of the year, exports to the European Union rose 35.9% from a year ago to $233 billion, while those to the U.S. climbed 42.6% to $252.86 billion.

Hisense remains keen to expand abroad, and made $7.93 billion in international markets during the pandemic last year. By 2025, the company said it aims to triple the contribution from overseas markets to total revenue to $23.5 billion.

The Chinese multinationals are probably rediscovering what they have known for a long time. Their best growth opportunities are right in front of them.

Out of about 3,400 Chinese companies that operate internationally, only about 200 make more than $1 billion in sales overseas, said James Root, a partner at management consulting firm Bain.

“When you dig through it, the early pioneers — the Lenovos, and the Haiers and the Huaweis — to me look more like real exceptions rather than the (avant-garde) who are sort of blazing a trail for lots and lots of Chinese multinationals to follow them overseas,” Root said, referring to three Chinese brands well-known internationally.

These companies tend to “run more of an export model for their international business,” he said. “The Chinese multinationals are probably rediscovering what they have known for a long time. Their best growth opportunities are right in front of them.”

China is the second-largest economy in the world, and many economists predict it will surpass the U.S. to become the largest in the next several years.

Amazon bans, taxes and other risks

Other Chinese businesses selling abroad have run into challenges recently from a crackdown on fake reviews by Amazon.

“We understand that some sellers’ behavior has been deemed in violation of Amazon’s ‘Seller Code of Conduct’ and other terms, (causing) restrictions on operations,” Li Xinggan, director of the foreign trade department at the Ministry of Commerce, said at a press briefing earlier this month. That’s according to a CNBC translation of his Mandarin-language remarks.

He added: “We have always required businesses to abide by each country’s laws and regulations, to respect local customs and habits, and develop operations in accordance with law.”