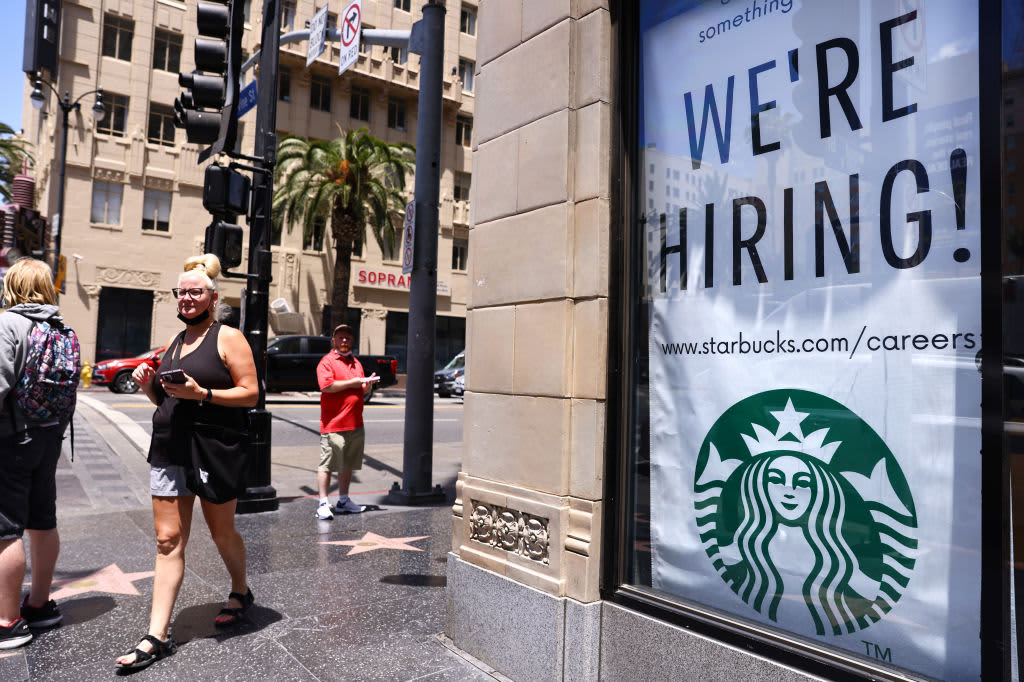 A ‘We’re Hiring!’ sign is displayed at a Starbucks on Hollywood Boulevard on June 23, 2021 in Los Angeles, California.

Employers added 330,000 positions for the month, a sharp deceleration from the downwardly revised 680,000 in June and well below the 653,000 Dow Jones estimate. June’s final total fell from the initial estimate of 692,000.

July’s job growth was also the smallest gain since February.

Markets fell after the report, with Dow futures down nearly 120 points and most government bond yields negative on the session.

According to ADP, the biggest job gains for July again came in leisure and hospitality, which added 139,000. Education and health services added 64,000 while professional and business services increased by 36,000.

Goods-producing industries contribute just 12,000 to the total, with manufacturing up 8,000 while natural resources and mining gained 3,000 and construction added just 1,000 new positions.

The ADP count, done in conjunction with Moody’s Analytics, comes two days before the more closely watched Labor Department nonfarm payrolls release. The two reports can differ significantly but have been fairly close this year: Through June, ADP had averaged about 30,000 fewer jobs a month than the official government tally.

Unlike ADP, the Labor Department’s count includes government jobs and is expected to show a total gain of 845,000 after June’s 850,000 increase.