Overall markets are mixed today, as Dollar is digesting some of last week’s gains, awaiting more guidance from FOMC members regarding tapering. New Zealand and Canadian Dollar are the stronger ones for now. But Australian Dollar is among the weakest together with Euro and Swiss France. Yen and Sterling is slightly firmer. Gold and silver recovered after initial selloff, but stays below last week’s low.

Technically, recovery in EUR/CHF is helping EUR/USD stabilizing around 1.1751 low. But EUR/CHF would face near term resistance at 1.0802, which should hold to resume recent fall. The decline in EUR/USD could take up momentum again when EUR/CHF’s recovery finishes. However, break of 1.0802 in EUR/CHF could prompt stronger rebound in itself, as well as in EUR/USD too. 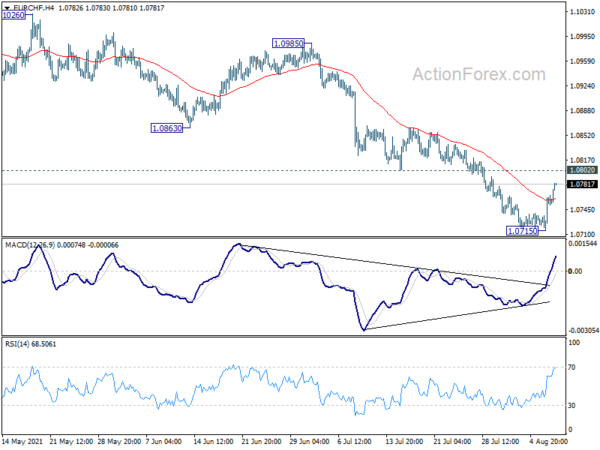 Sentix said: “Economists traditionally recognise a trend reversal in a threefold decline. Accordingly, this decline should not be dis-missed as a mere loss of momentum, but should be understood as a warning sign. As the “first mover” among the leading indicators, these developments herald significant declines in other leading indicators. The development is therefore likely to contribute to increased market volatility in the coming weeks. In 2006 and 2010, when we went through similar phases, interim stock market corrections of around 10% followed.”

From Germany, trade surplus widened to EUR 13.6B in June, below expectation of EUR 13.9B. Swiss unemployment rate dropped to 3.0% in July, matched expectations.

Silver tumbled along with Gold in ultra thin Asian open, and hit as low as 22.36. While it quickly rebounded, near term outlook will stay bearish as long as 25.99 resistance holds. Prior rejection by 55 day EMA also affirmed near term bearishness. Fall from 30.07 is seen as corrective whole up trend from 11.67 low. 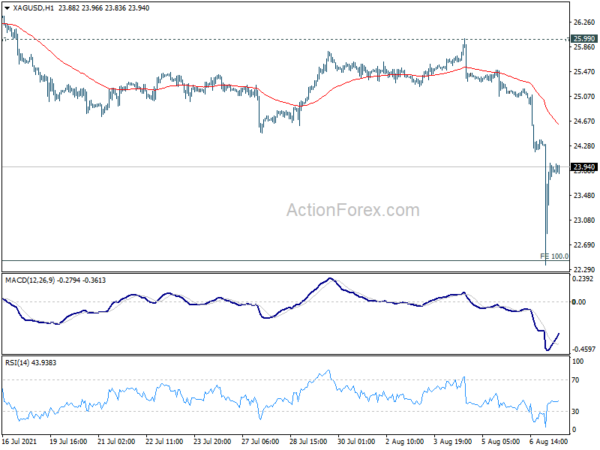 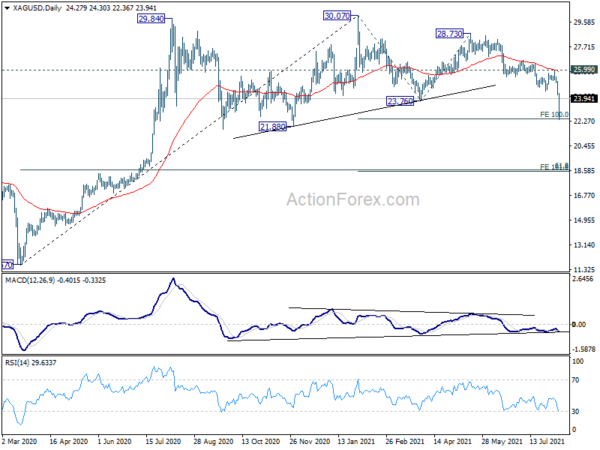 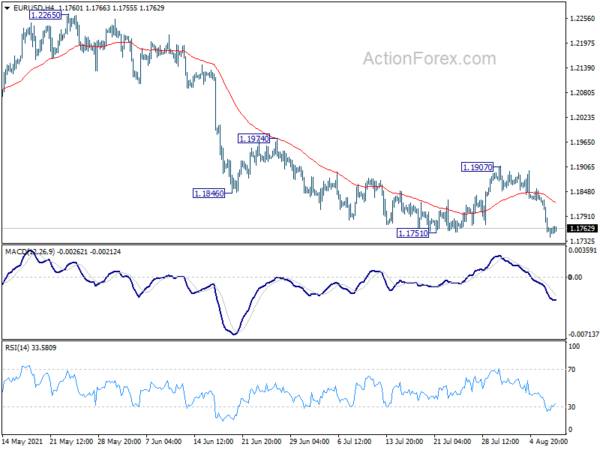 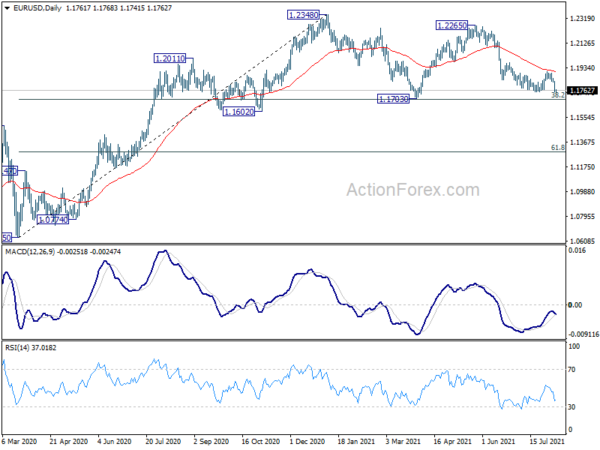