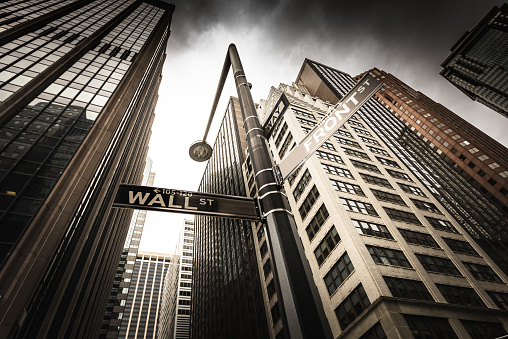 It’s been a very strange start to trading on Thursday, with stock markets suffering heavy losses as the rotation into safety gathers significant pace following the release of the Fed minutes.

It’s easy to point to the Fed minutes as the cause of the sell-off but what did we actually learn from the minutes that we didn’t already know? In fact, we’ve heard from a lot of policy makers from across the spectrum since and they’ve arguably become more hawkish on the timing of tapering, thanks in large part to July’s knockout jobs report.

So is this really a mini-taper tantrum, of sorts, or a combination of factors at a time when stocks have been trading around record highs and we’re in wait-and-see mode ahead of next weeks Jackson Hole event? This isn’t the busiest period of the year and maybe investors are seizing the opportunity to lock in some profits and wait for another dip.

It does seem that the case for caution is growing, whether that be the uncertainty around the timing and pace of the taper or the rising number of delta cases around the world. The findings from the Oxford study overnight showing a drop in the effectiveness of the vaccine 90 days after the second dose won’t alleviate delta concerns as it spreads rapidly across numerous countries.

Various surveys recently have shown that, despite high vaccine rollouts in many countries, consumers and businesses are concerned about the impact that delta – or any other new variants – will have in the coming months. As we move into Autumn and Winter, people will spend more time indoors and with restrictions having been removed or reduced in many countries, the effectiveness of the vaccines will be put to the test.

US futures are currently experiencing far more modest losses compared to their European counterparts although that may change as we get closer to the open on Wall Street. Jobless claims and the Philly Fed manufacturing index releases had minimal impact, with claims slightly beating expectations and the survey coming off a little worse. Although this is in line with what we’re seeing from the surveys at the moment, given the delta uncertainty.

Oil prices are among those risk assets suffering heavy losses today, with Brent and WTI off more than 3% and at their lowest levels in three months. The sell-off in oil was already well underway, with the spread of Covid in China – and elsewhere – and restrictions that have come with it largely behind the reversal in fortune.

WTI is now 17% off its highs and with $65 having fallen in the process, worse days may lie ahead. Further support may now lie around $60 in WTI and $64 in Brent but it could get worse if the Covid situation continues to deteriorate.

Of course, that may depend on OPEC+ and whether recent developments encourage the producers to pare back their taper ambitions in anticipation of lower demand. That seems unlikely in the near-term given that oil prices remain at decent levels, despite the drop.

Gold’s role as a safe haven is looking fairly secure this morning, following the sell-off in risk assets across the board. While flat now on the day, it’s almost 1% off its lows on the back of the stock market dip today. Gold initially came under pressure in the aftermath of the Fed minutes when we saw the dollar rally, following an initial dip.

This perceived hawkishness weighed on gold and saw it pull further back from $1,800 where it had previously run into resistance. While an assault on this level hasn’t since been forthcoming, the yellow metal isn’t trading far off these levels once more and further risk aversion once the US joins could see a charge unfold.

Bitcoin has been described as everything from a risk asset to gold 2.0, an inflation hedge, a deflation hedge and who knows what else. So trying to link its moves to what’s happening elsewhere today is basically pointless.

Being someone that simply views it as a highly speculative asset at this stage, I’d probably align myself more with the risk asset crowd but even then, it so often moves independently to the rest of the market, even this should be considered a loose link.

Bitcoin has been pulling back a little in recent sessions after taking another run towards $50,000 before falling a little short. It appears to have entered into a bit of a corrective phase which could see it pull back towards its late May/early June highs if it breaks below last Wednesday’s low where it is currently seeing some support.