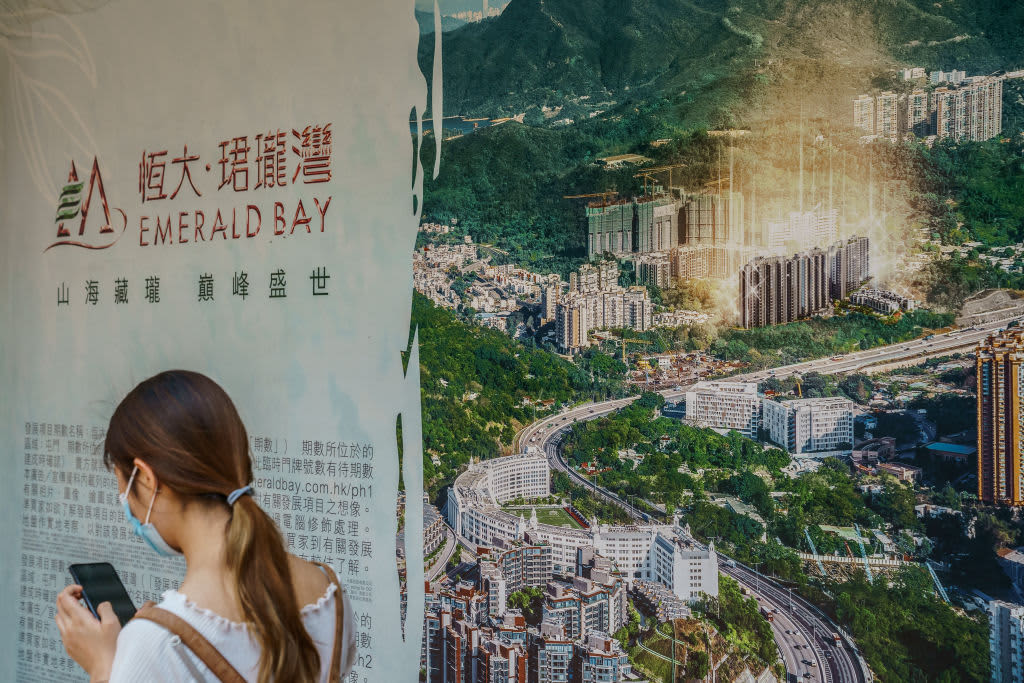 A banner promoting the Emerald Bay residential project outside the China Evergrande Centre in the Wan Chai area of Hong Kong, China, on Friday, July 23, 2021.

Shares of Hong Kong-listed China Evergrande Group have tumbled more than 60% this year to near four-year lows as investors worried about the developer’s ability to repay its debt. The stock closed 1.6% lower Friday, giving up initial gains.

The People’s Bank of China said Thursday in an online statement that it, along with the China Banking and Insurance Regulatory Commission, told Evergrande executives they need to implement the central government’s strategy for stable and healthy development of the real estate market.

The statement added Evergrande needs to “actively resolve” debt risks, support financial stability and disclose true information in accordance with regulations, according to a CNBC translation of the Chinese text.

Evergrande confirmed the meeting with regulators in an online statement Friday and said it would comply with those specific requests.

As one of China’s largest privately run real estate conglomerates, Evergrande sits at the intersection of major concerns for Beijing: speculation in the property market, high debt levels and the sustainability of an industry that fuels more than a quarter of GDP.

Evergrande has more than 240 billion yuan ($37 billion) in bills and trade payables — such as materials — to settle with contractors over the next 12 months, S&P Global Ratings said earlier this month. About 100 billion yuan, or just over 40%, is due by the end of December, S&P said.

The ratings agency downgraded Evergrande and its subsidiaries to “CCC” from “B-” on Aug. 5 on expectations the conglomerate’s “nonpayment risk is escalating because of increased asset freezes from various commercial parties, indicating strained liquidity.”

“The negative outlook reflects Evergrande’s increasing strained liquidity and nonpayment risk. It also reflects our view that its asset disposal plan, though potentially substantial, lacks visibility or certainty,” S&P said in a note.

An analyst was not available Friday to comment on the meeting with regulators.

Chinese authorities have been trying to limit speculative activity in the property market, which, together with related industries such as construction, accounts for more than a quarter of China’s GDP, according to Moody’s