Fed Chair Jerome Powell’s speech at the Jackson Hole Symposium didn’t disappoint. He did what the markets expected, affirming the openness for beginning tapering this year, without indicating the need for an imminent start. Just as Philadelphia Fed President Patrick Harker described, Powell laid out where the center of the FOMC is in terms of policy. US stocks cheered the speech with S&P 500 and NASDAQ closing at record highs.

In the currency markets, Dollar was sold off notably after Powell and end the week as the second worst performer. Yen was the weakest following rebound in major global yields, while Swiss Franc was third. On the other hand, commodity currencies closed as the strongest ones, led by New Zealand Dollar.

Development in Gold suggests that more downside in now in favor in the greenback. We’d like to see break of 1.1804 resistance in EUR/USD and 1.3785 resistance in GBP/USD very soon to affirm this case. Meanwhile, Aussie has the potential to outperform ahead, given that vaccination is speed up and investors are starting to look through the current lockdowns.

In any case, near term outlook will stay bullish as long as last week’s low as 14776.98 holds. We might see NASDAQ picking up momentum further and target 100% projection at 16355.07 next. 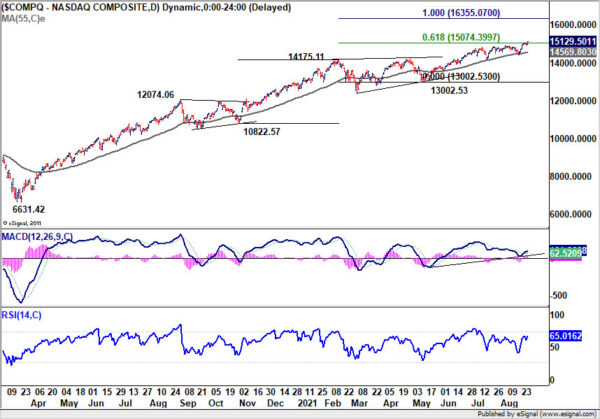 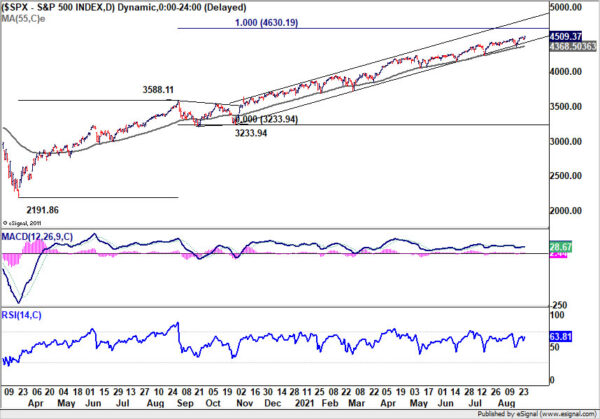 10-year yield tried to rally last week but again failed to sustain above 55 day EMA. Near term outlook is mixed for the moment. 50 % retracement of 0.504 to 1.765 at 1.134 should provide a solid floor in case of another decline, unless we have something drastic happening. However, TNX will still need to sustain above 55 day EMA, and break through 1.142 resistance decisively, to confirm completion of correction of 1.765. Otherwise, more sideway trading is likely, suggesting some relative indecisiveness among investors. 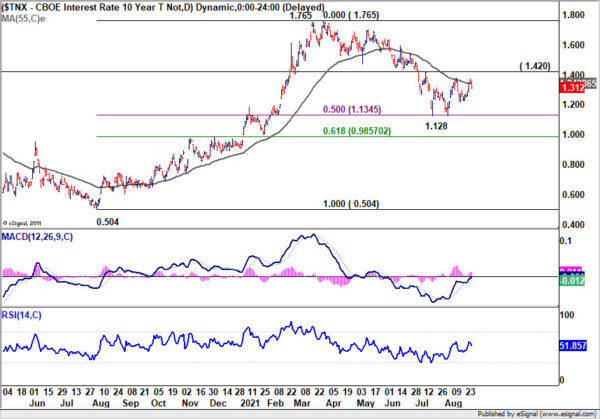 Focus back on 92.47 near term support in DXY after decline 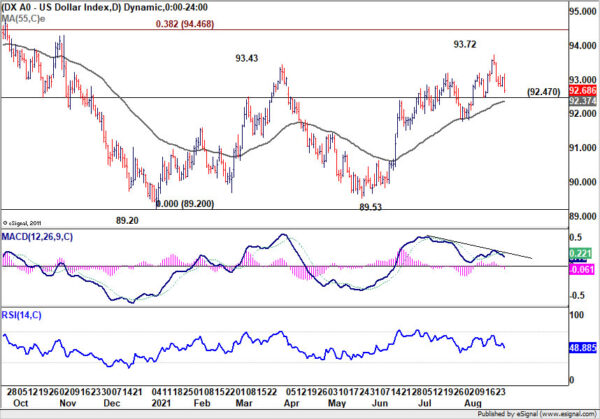 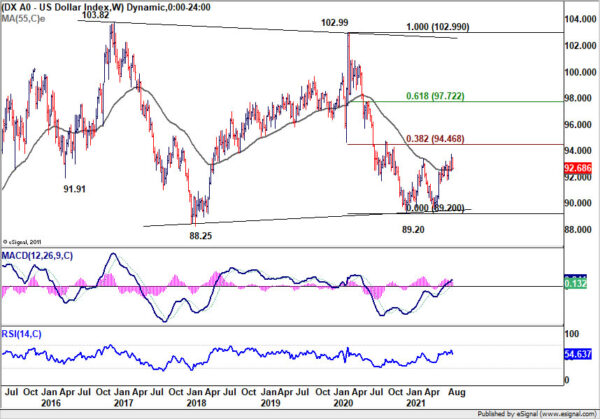 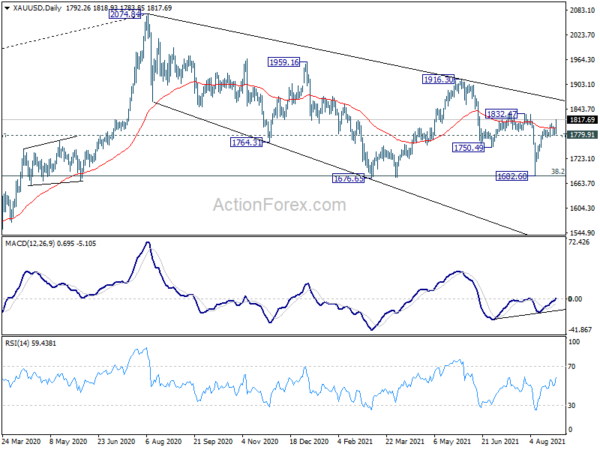 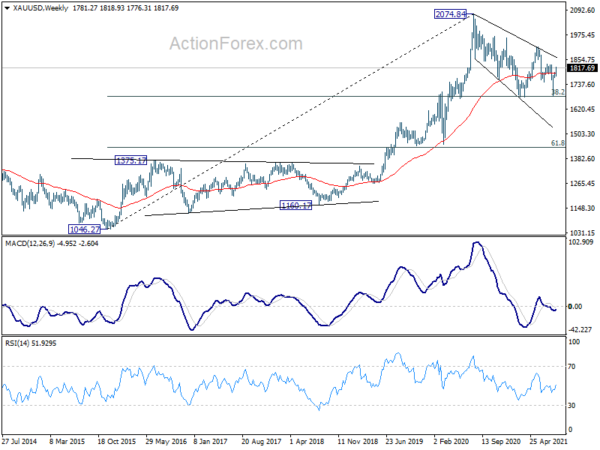 The tide for Aussie could have turned, a look at EUR/AUD and AUD/CAD

We’ve noted a few weeks ago that Aussie should be avoided in selling Dollar. But the tide for Aussie could have turned, even though it’s still a bit early to confirm. EUR/AUD’s break of 1.6182 resistance turned support firstly indicates short term topping at 1.6434 already. More importantly, that’s an early sign that choppy rise from 1.5250 has finished too. Deeper fall is now in favor as long as 1.6263 resistance holds, towards 1.5898 structural support. Sustained break there will confirm this bearish case and target a retest on 1.5250 low. 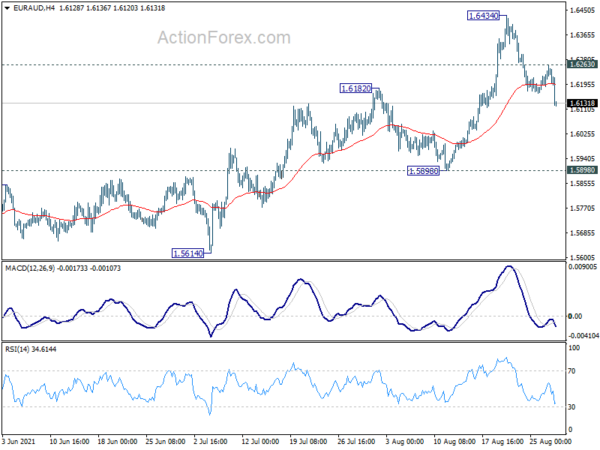 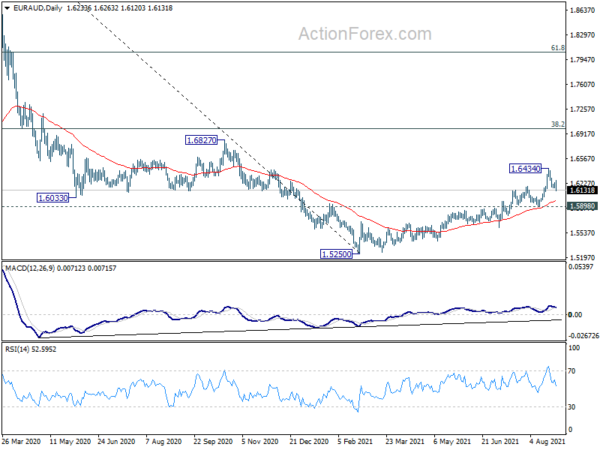 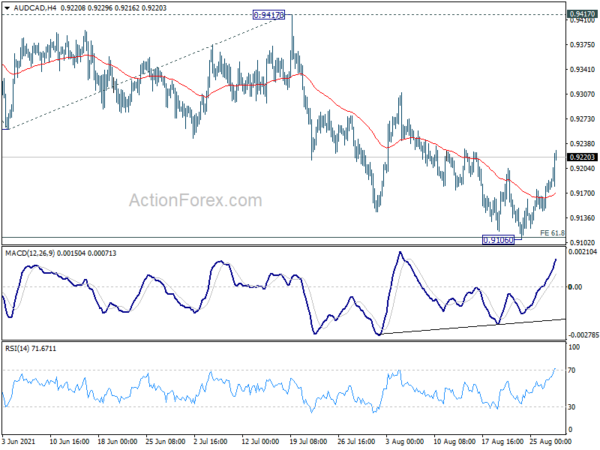 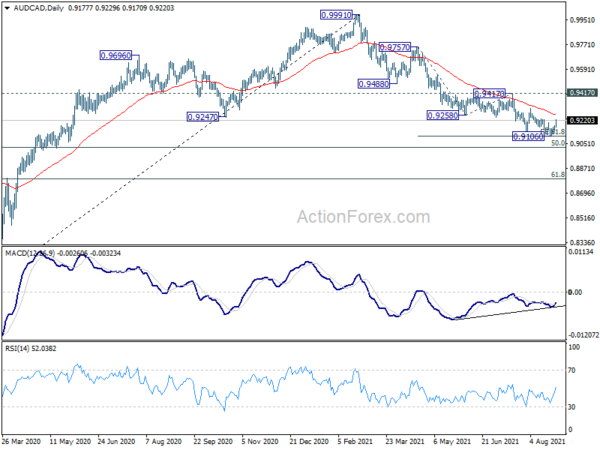 EUR/USD’s recovery from 1.1663 extended higher last week but stays below 1.1804 resistance. Initial bias is neutral this week first with immediate focus on 1.1804 resistance. Break there will bring stronger rise to 1.1907 resistance first. Firm break there will indicate that fall from 1.2265, as well as the consolidation pattern from 1.2348, have completed. Near term outlook will be turned bullish for 1.2265/2348 resistance holds. In case of another fall, we’d continue to look for strong support from 1.1602/1703 key support zone to bring rebound. 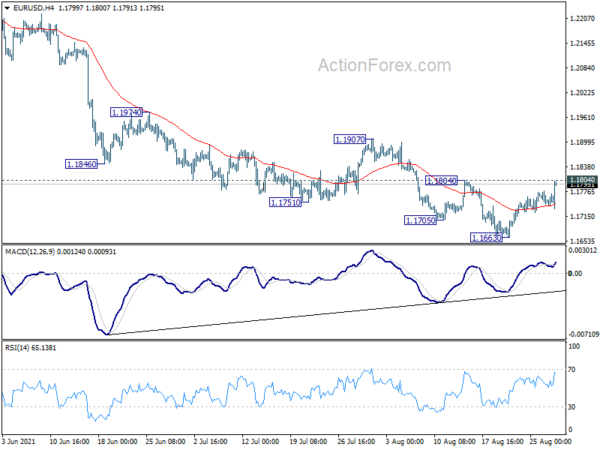 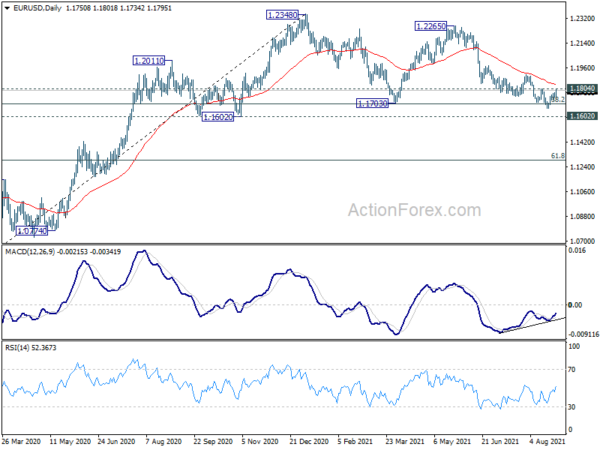 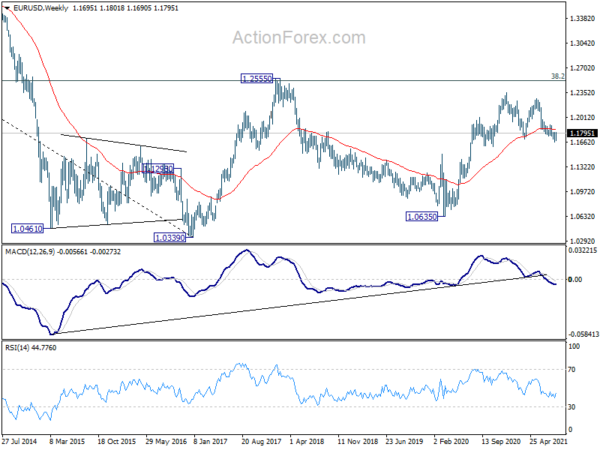 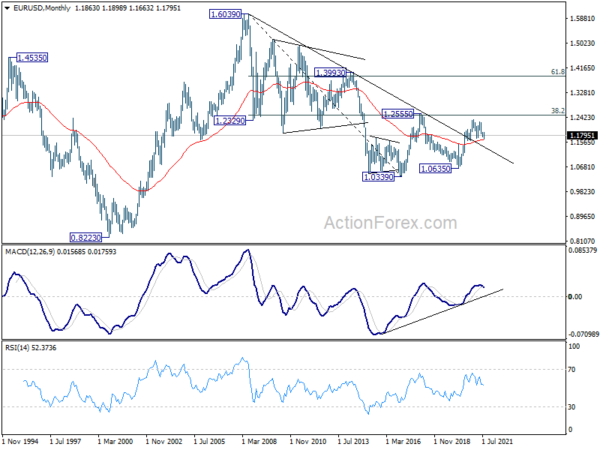