Federal unemployment benefits end this weekend for millions of Americans. Many are scared of what comes next 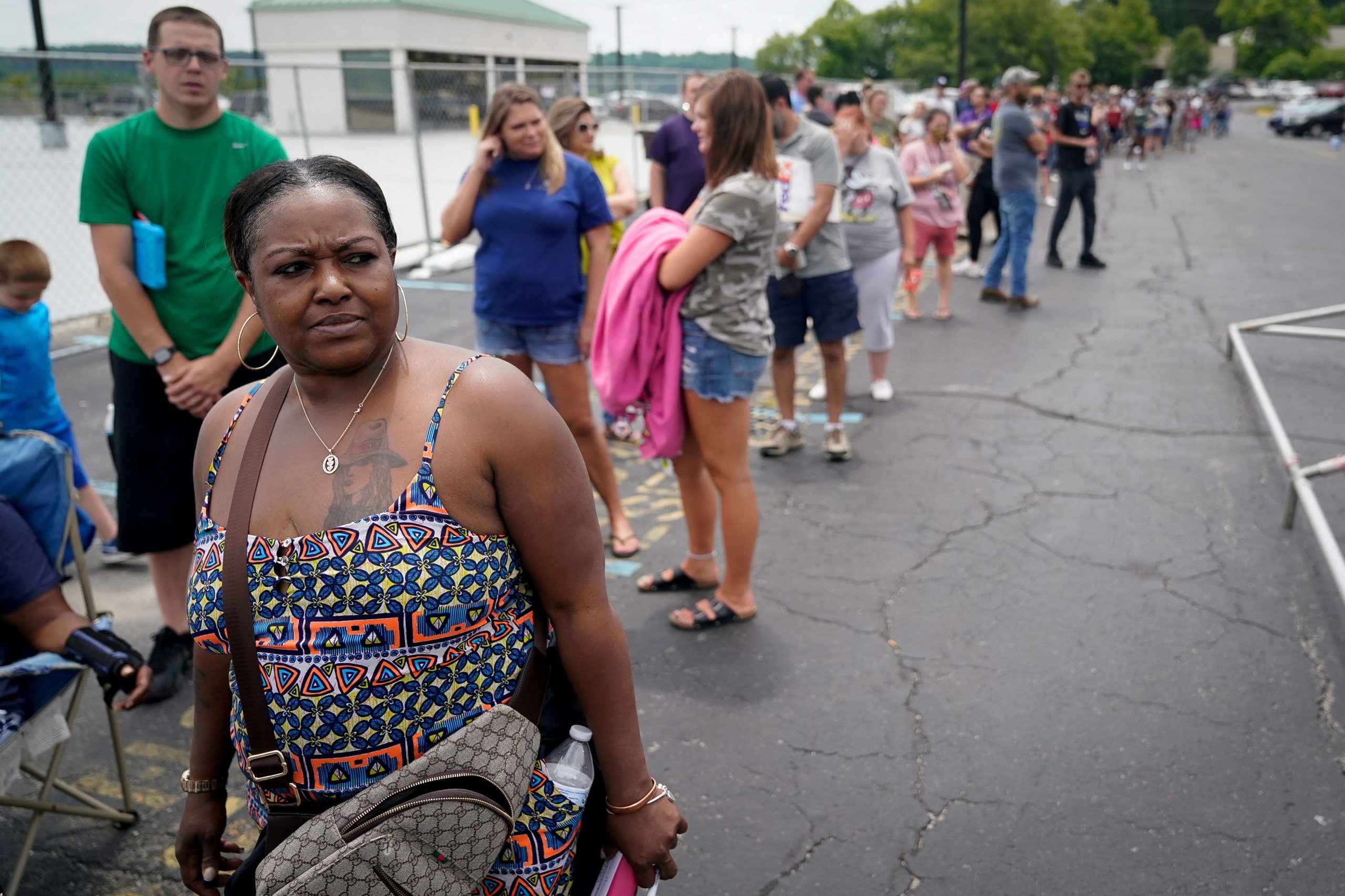 A woman waits in a line outside a temporary unemployment office in Frankfort, Kentucky in June.

The federal government expanded the safety net for the jobless to a historic degree last year, when the U.S. was in the throes of its most rapid economic downturn in history. The CARES Act, passed in March 2020, raised weekly jobless benefits by $600 a week (and later, $300 a week), offered aid to workers typically ineligible for traditional stat