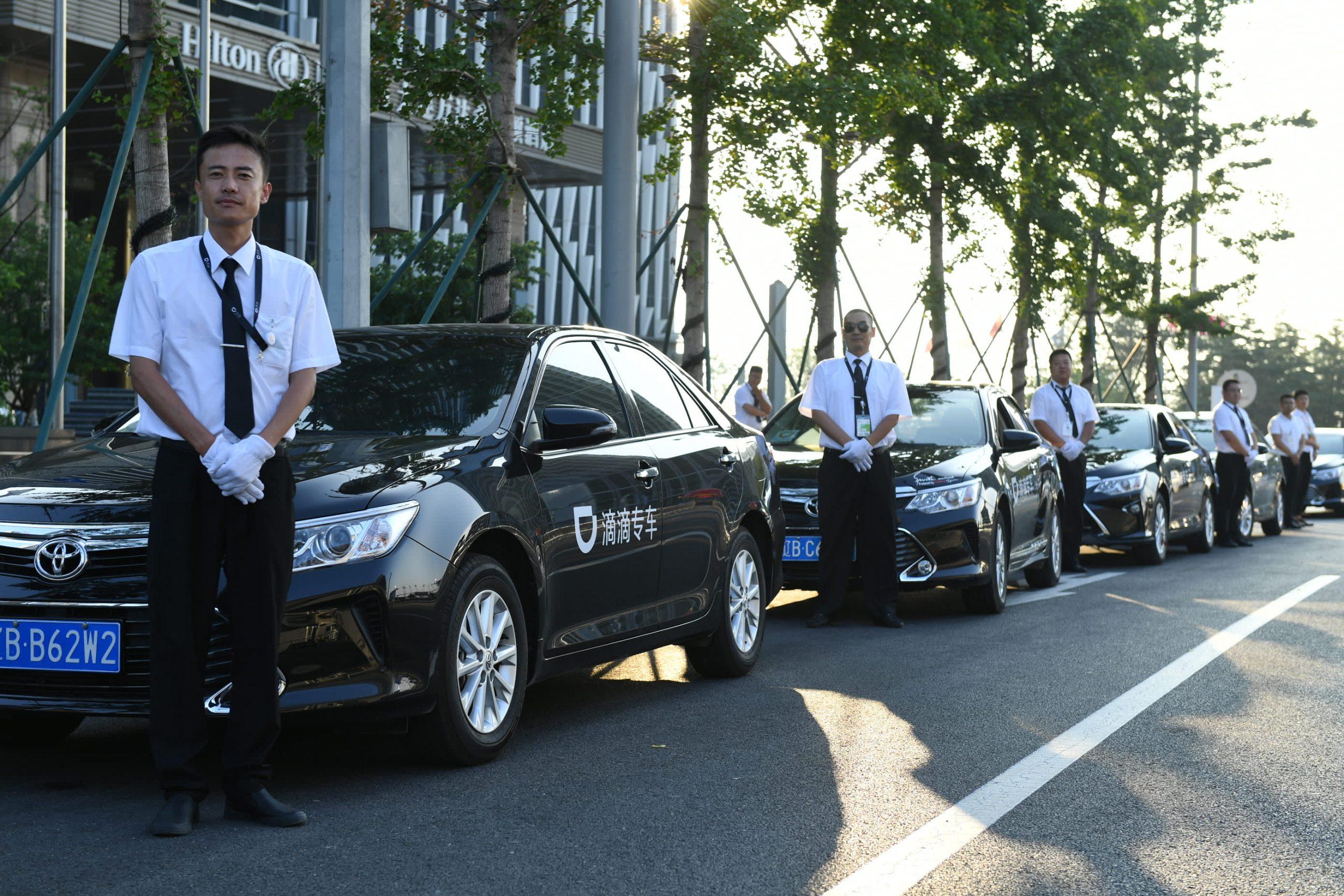 BEIJING — As overseas investors reel from Beijing’s regulatory crackdown, the rapid fallout in an industry like after-school tutoring can be a guide to what went wrong, and where future opportunities lie in China.

Before China cracked down on tutoring schools this summer, major investment firms like SoftBank were pouring billions of dollars into Chinese education companies, many of which were publicly traded in the U.S. or on their way to listing there.

The strategy was one of burning cash to fund exponential user growth, with hopes of profit in the future. For the strategy to work, investors aimed for a “winner takes all” approach that they’d used with other Chinese start-ups such as coffee chain Luckin Coffee and ride-hailing company Didi.

Didi essentially paid Chinese consumers to take cheap rides through its app, beating out Uber to dominate about 90% of the mainland market, and went on to raise more than $4 billion in a New York IPO on June 30.

But it soon became clear that investment strategy might no longer work. Just days after Didi’s IPO, Chinese authorities ordered app stores to remove Didi’s app and began investigations into data security — effectively shutting down the business’s growth prospects in the near term.

It came months after Beijing’s efforts to tackle alleged monopolistic practices by the country’s internet technology giants like Alibaba and Tencent.

By late July, the education sector was clearly Beijing’s next target.

In October 2020, online tutoring start-up Yuanfudao said it raised a total of $2.2 billion from Tencent, Hillhouse Capital, Temasek and many other investors — for a valuation of $15.5 billion.

“They were hoping to create another oligopoly like Didi” with market pricing power, said an investor and co-founder of one of the largest U.S.-listed Chinese education companies, according to a CNBC translation of his Mandarin-language interview. He requested anonymity because of the sensitivity of the matter.

However, the education industry already had several major market players, he pointed out, and “it turned out that no business could really beat the other before the crackdown.”

Building a dominant market leader in after-school tutoring was a lucrative prospect. The opportunity was enormous given China’s population of 1.4 billion people and a culture in which parents prize their children’s education.

Early industry players like New Oriental got their start with physically leased locations and in-person classrooms. But the coronavirus pandemic in 2020 accelerated the tutoring industry’s shift online, and the cash-burning fights of China’s internet world was in full play.

U.S.-listed Gaotu spent more than 50 million yuan ($7.75 million) in one week this past winter for ads on short-video platform Kuaishou, a person familiar with the matter told CNBC.

“In China, Kuaishou is a smaller platform than [ByteDance’s] Douyin/TikTok, so the total spend on traffic by all of K to 12 education companies would be much more than that,” the source said in Mandarin, according to a CNBC translation.

Gaotu did not respond to a request for comment. In its earnings report for the first three months of the year, the company said its selling and marketing expenses of 2.29 billion yuan were three times more than a year ago.

Tal Education disclosed that its spending in the same category surged by 172% from a year ago to 660.5 million yuan for the three months that ended Feb. 28.

Both companies reported a net loss in the quarter, as did another industry player, OneSmart International Education Group, which disclosed a 47% year-on-year surge in selling and marketing expenses to 288.8 million yuan.

OneSmart listed in the U.S. in 2018 in an IPO underwritten by Morgan Stanley, Deutsche Bank and UBS. Later that year, the education company acquired Juren, one of the oldest businesses in China’s tutoring industry.

But the new after-school regulations struck a fatal blow to the 27-year-old company. About a month after the new rules were released, Juren collapsed, just one day before public schools opened on Sept. 1.

OneSmart could be delisted from the New York Stock Exchange since its shares have remained below $1 since July.

Other U.S.-listed Chinese stocks are also struggling. New Oriental did not report a net loss for the quarter ended Feb. 28, but disclosed it spent $156.1 million on selling and marketing in that time, 32% more than a year ago.

The landscape has significantly changed.

The new policy marks Beijing’s latest effort to restrict the education industry’s sprawling growth and its burden on parents — a concern for authorities trying to boost births in the face of a rapidly aging population and shrinking workforce.

Investors need to recognize that tackling the population problem, slowing economic growth and tensions with the U.S., have become top concerns for the Chinese government, said Ming Liao, founding partner of Beijing-based Prospect Avenue Capital, which manages $500 million in assets.

In addition to the crackdown on internet companies and after-school tutoring centers, authorities have  ordered online video game companies to restrict children to playing three hours a week.

Speeches by President Xi Jinping have emphasized the goal is “common prosperity,” or moderate wealth for all, rather than some.

Education is just one of the so-called three mountains that Chinese authorities are tackling. The other two are real estate and health care, all areas in which hundreds of millions of people in the country have complained of excessively high costs.

In the last 20 years, corporate profits have largely gone to property developers and companies based on internet platforms, Liao said.

In light of new policy priorities, he said, it’s important for investors to distinguish between internet-based businesses and those developing more tangible kinds of technology like hardware — even if both kinds of companies are loosely referred to as “tech” businesses in English.

With the U.S. now under President Joe Biden and bent on competing with China, Beijing is increasing investing in an ambitious multi-year plan to build up its domestic technology ranging from semiconductors to quantum computing.

The “China market can still offer attractive investment returns for global investors, and the challenge lies in identifying the potential future winners amid China’s rebalancing,” Bank of America Securities analysts wrote in a Sept. 10 report.

They pointed to a shift over the last two decades in the largest Chinese companies by market capitalization — from telecommunications, to banks, to internet stocks. Going forward, they expect greater regulation on internet and property industries, “while advanced manufacturing, technology, and green energy related sectors will be promoted.”

The bank listed a few contenders for “future winners.”

“Certain industrials sectors that we currently do not cover could also have promising opportunities,” the analysts said.

Future of investing in China

For Chinese after-school tutoring companies that once attracted billions of dollars, they’re now trying to survive by building up courses in non-academic areas like art or adult education. Those in the industry say it’s an uncertain path that has a market only a fraction of what the companies used to operate in.

SoftBank is waiting for clarity on the regulatory front before resuming “active investment in China,” its Chief Executive Masayoshi Son said in an earnings call on Aug. 10.

“We don’t have any doubt about future potential of China … In one year or two years under the new rules and under the new orders, I think things will be much clearer,” Son said, according to a FactSet transcript.

When contacted by CNBC last week about its investment plans for China, Softbank pointed to how it led investment rounds in the last few weeks in Agile Robots, a Chinese-German industrial robotics company, and Ekuaibao, a Beijing-based enterprise reimbursement software company.

“Our commitment to China is unchanged. We continue to invest in this dynamic market and help entrepreneurs drive a wave of innovation,” SoftBank said in a statement.

But when it comes to bets on the education industry, some investors have decided to look elsewhere in Asia.

In June, Bangalore-based online education company Byju became the most valuable start-up in India after raising $350 million from UBS, Zoom founder Eric Yuan, Blackstone and others. Byju is valued at $16.5 billion, according to CB Insights.