Week Ahead – Risks Haven’t Gone Away 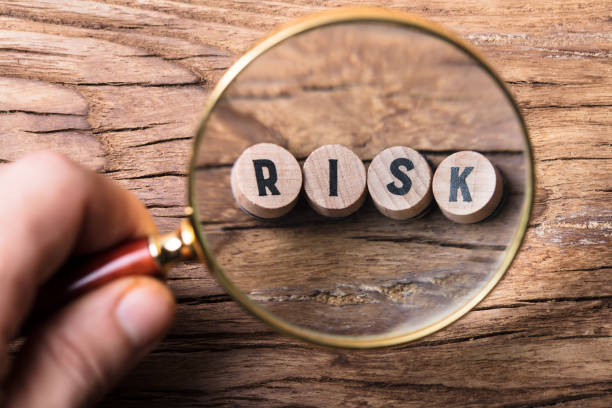 Are investors getting complacent?

The next few months are going to be extremely interesting in the markets, with central banks becoming less comfortable with the level of stimulus they’re providing, economic recoveries slowing and market risks mounting.

Evergrande has come to the forefront of investors minds in recent weeks. The threat of contagion is a concern that’s been discussed in depth the last week and one that’s unlikely to go away until more clarity is provided.

Now that investors have come to expect a November taper by the Fed, the focus for the economy primarily resides on supply chain issues, labor shortages, and any additional pricing pressure catalysts.  Much attention will fall on Capitol Hill over the debt ceiling and the grilling that Fed Chair Powell and Treasury Secretary Yellen will have to endure.

Monday is the tentative deadline for the House vote on the bipartisan infrastructure package.  That could move if Republicans don’t make any concessions over the debt limit.

Thursday is the deadline for Congress to pass a stopgap funding bill that will avert a government shutdown.  The debt ceiling standoff will likely go down to the wire, but expectations are still optimistic that Republicans won’t want to take the blame for sending the economy immediately into a recession and as that could trigger millions of jobs lost and wipe out $15 trillion in wealth.

Most of the economic data in the US will take a backseat to politics and corporate updates that might show further expectations that pricing pressures remain elevated and will be passed onto the US consumer.  The most important economic reading will be the ISM manufacturing reading which could show a small deceleration in September.  A steeper drop with the headline and higher prices paid could weigh on growth expectations for the rest of the year.

German federal election takes place this weekend. The SPD holds a narrow lead in the polls going into the election but no party is even close to a majority meaning negotiations, potentially lasting months, lie ahead. The market impact should be limited.

The economic calendar next week primarily consists of survey data, with CPI the focus on Thursday, with inflation running at 3% currently.

A number of BoE policymakers appear next week, including a couple of appearances from Governor Andrew Bailey on Tuesday and Wednesday. The MPC has turned more hawkish in recent meetings and the market is now pricing in two rate hikes next year, with the first (15 bps) in February and the second (25bps) in the summer. Given the number of downside risks to the outlook, this strikes me as hopeful.

A few data points of note next week including GDP on Thursday and the manufacturing PMI on Friday.

The United Russia party won more than two-thirds of the vote – giving them a supermajority – in last weekends election, the first to take place electronically. The result has been disputed by opposition supporters who declared the result was rigged. Challenges and potential unrest could follow.

The SARB left rates unchanged last week at 3.5% as inflation rose slightly to 4.9%, just ahead of expectations. The calendar next week is light with only tier three data on the cards.

The CBRT, led by Governor Şahap Kavcıoğlu, cut the repo rate by 1% to 18% this week, despite previously vowing to keep it above inflation, which currently stands at 19.25%. Rates are expected to be cut by at least another 100 basis points before the end of the year. The central bank expects inflation to fall in that time but its credibility is tarnished and the lira has slipped to record lows against the dollar as a result.

Kavcıoğlu is due to appear alongside finance minister, Lutfi Elvan, next week at an economy summit on Tuesday, when this topic will likely be discussed.

China spent most of the week on holiday leaving markets to tie themselves up in knots over whether Evergrande’s slow trainwreck posed a systematic risk or not. That will continue into next week with Asian markets, including China, acutely vulnerable to negative headlines emerging over Evergrande during the weekend. Evergrande is listed in Hong Kong and negative weekend headlines will see the Hang Seng slump.

USD/CNY remains range-bound with no sign that the PBOC is looking to engineer a weaker currency to stimulate the economy, yet. The PBOC has been aggressively adding liquidity via the repos this past week, it has yet to translate to CNY weakness.

China is capturing the EM headlines at the moment and there has been little in the way of market-moving data from India. Q2 Current Account is released on Thursday but is now well and truly backwards-looking. Markit Manufacturing PMI is released on Friday but will create only short-term volatility. India, and EM, in general, will react more directly to sentiment surrounding the Fed taper and/or the impending  US debt ceiling.

The Australian and New Zealand Dollars continue to bounce around on daily shifts in international risk sentiment, rather than domestic developments. Half of Australia and Auckland in New Zealand remain under virus lockdowns. That situation will continue in the week ahead with Evergrande contagion/collapse and US debt ceiling developments likely to drive the intraday direction. NZD remains vulnerable to the delta-variant jumping the Auckland boundaries which would see it move sharply lower.

Australian Retail Sales and NZ ANZ Business Confidence are the week’s data highlights. Readers should monitor developments in China next week for directional signals on Aust. and NZ markets.

Japan has a packed data week featuring the BOJ Minutes, Retail Sales, Industrial Production and the Tanken Surveys for Q3. However, Tanken aside, the data is all from August or July, making it somewhat irrelevant. Instead, all eyes will be on the ruling LDP who will choose a new Prime Minister on Thursday. Markets have priced in the certainty of more fiscal stimulus and the comments post-election will cause volatility in Japan equities.

USD/JPY remains a pure rate differential play between the US 10-year and Japan JGBs. The spike in US yields at the end of the present week has lifted USD/JPY to near the top of its near 4-month 109.00 to 110.50 trading range. Realistically, a close above 111.50 needs to occur to signal a medium-term directional move higher is occurring. Everything rests on whether US yields continue rising in the week ahead.