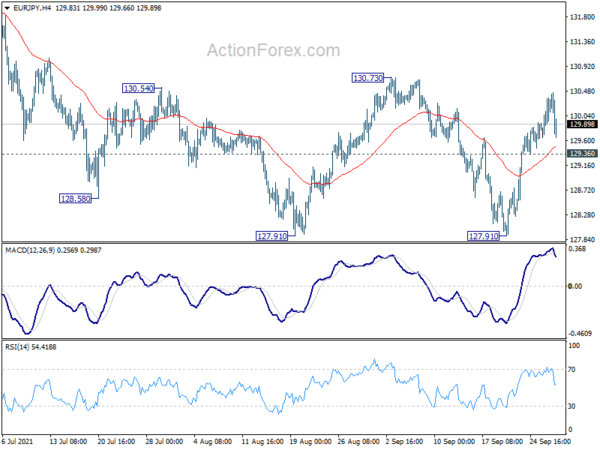 Dollar is generally strong today, but buying focus is temporarily shifted from against Yen to Euro and Sterling. In particular, EUR/USD has taken out key support level at 1.1663. Overall markets are mixed though, with stocks recovering while treasury yields retreat. Yen and Swiss Franc are the stronger ones for today followed by the greenback. New Zealand Dollar is the worst performing, followed by the Pound.

Technically, EUR/USD’s break of 1.1663 should confirm resumption of whole fall from 1.2265. The pair should now target 1.1602 key medium term structural support. While USD/JPY is struggling to break through 111.65/71 resistance cleanly, retreat is so far shallow. As noted before, firm break of 111.71 will carry larger bullish implications for USD/JPY. We’d now also look at EUR/JPY, to see if it would break through 130.73 resistance to align with Yen selling, or break through 129.36 minor support to align with Euro selling. 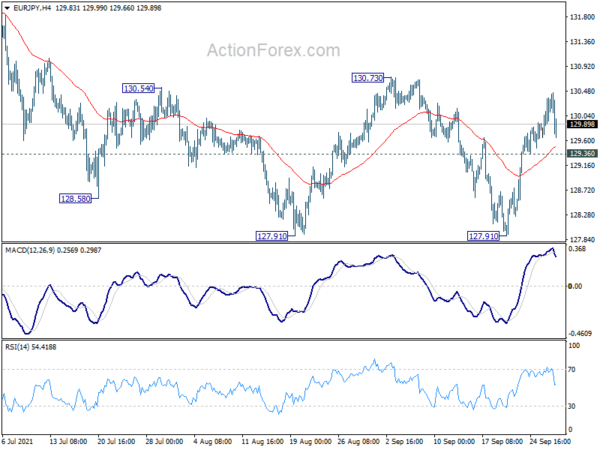 ECB Governing Council member Gabriel Makhlouf warned in a Bloomberg TV interview, “we must be very vigilant of the risks out there.” He referred to the risk of persistently high inflation sue to supply bottlenecks.

“That’s the risk that we at the ECB need to be very cautious of and very aware of and ready to respond to if it happens,” Makhlouf said. “Right now I don’t think we should be looking to raise rates or respond to transitory inflation.”

The crisis program “was set up for an emergency at the start of the pandemic. As we see the emergency disappear there are logical consequences to that particular program,” Makhlouf said. “On the other hand there’s a long discussion to be had at the ECB, there’s a lot of uncertainty around with what’s happening in economies.”

Japan’s GPIF will not investment in Chinese government bonds

Japan’s Government Pension Investment Fund (GPIF) said it will not investment in Chinese government bonds, even though FTSE Russell’s World Government Bond Index starts to include them in October. GPIS is the world’s largest pension fund, with total assets of JPY 192T.

Masataka Miyazono, president of GPIF, said, “Chinese government bonds cannot be settled in an international settlement system that can be used for other major government bonds. The market’s liquidity is still limited compared with the size of GPIF’s investment scale. Trading of futures is not allowed for foreign investors.”

EUR/USD’s break of 1.1663 support indicates resumption of fall from 1.2265, which is seen as the third leg of the pattern from 1.2348. Intraday bias is back on the downside for 1.1602 key support level next. Sustained break there will argue that it’s at least on larger scale correction. Next target would be 1.1289 medium term fibonacci level. On the upside, break of 1.1749 resistance is needed to indicate short term bottoming. Otherwise, outlook will stay bearish in case of recovery. 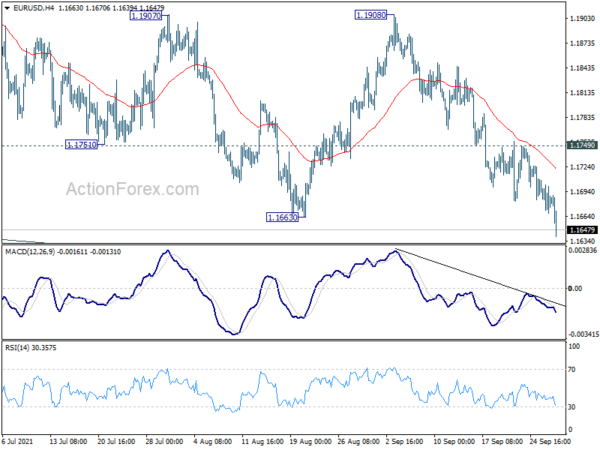