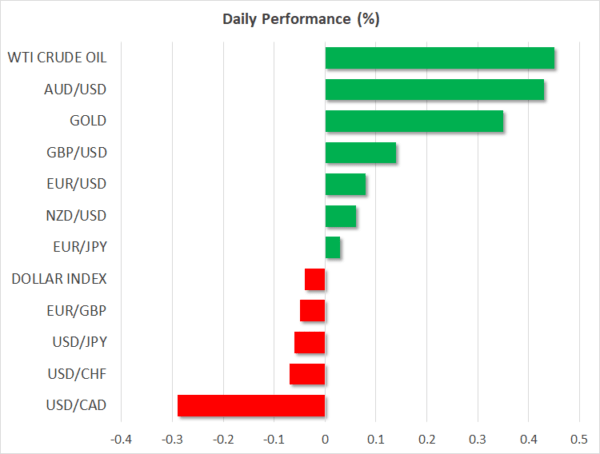 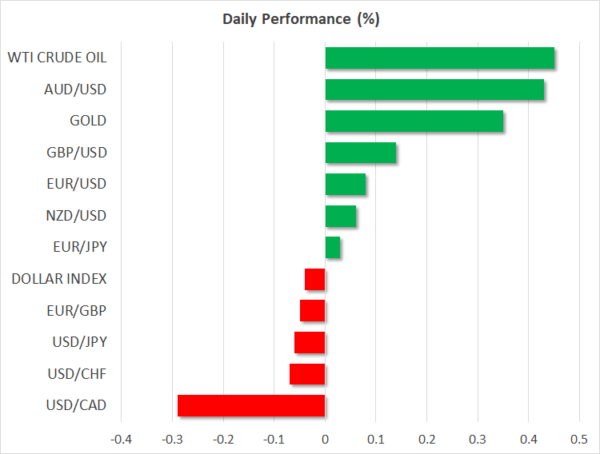 The US dollar sliced through several crucial resistance barriers yesterday, reclaiming its throne as the king of the FX arena without any clear catalyst behind this powerful move. Some players are likely just playing defense, hedging against a range of devastating scenarios such as a persistent rally in yields, the energy crisis intensifying, or a global slowdown driven by supply bottlenecks.

The reserve currency is arguably the only defensive hedge left across all asset classes, as neither bonds nor the yen nor gold are particularly attractive in a world of rising yields. In turn, yields seem to be grinding higher on concerns around stickier inflation as supply disruptions aren’t getting any better, and expectations that central banks will ultimately be forced to respond by hitting the brakes.

In theory, central banks shouldn’t respond to inflation caused by supply disruptions, as interest rates can only influence the demand side of the economy. In reality though, there is a limit to how much inflation pain they are willing to tolerate and for how long. Indeed, judging by the comments from Fed chief Powell yesterday, the original confidence that this inflation episode will be short-lived is fading quickly.

As for the dollar, it’s difficult to see what will stand in its way now that technical barriers have also given way. We are currently in the sweet spot where the greenback enjoys both safe-haven demand and inflows from central bank divergence, making it the ultimate ‘all weather’ currency.

Wall Street remains caught in limbo. Market sentiment has improved a little, with the S&P 500 managing to close in the green yesterday, but the recovery isn’t convincing. Investors are trying to balance the lack of alternatives to equities against the various risks threatening the outlook, from rising yields to power and goods shortages.

The result has been some choppy trading, with the technical picture for the S&P 500 also turning darker as the index remains trapped between the 50- and 100-day moving averages. The Nasdaq is even worse in this respect as it carved out a new low yesterday.

One issue facing asset managers is that for all the headlines about rising yields lately, real yields remain deeply negative across the major economies. Ergo, bonds are still money-losing assets, so the only real reason to slash your exposure to equities is to try and sidestep a deeper correction, not to buy something else. Stocks or cash – that’s the name of the game.

Looking ahead, this correction doesn’t seem to be over as there are several risks that remain unresolved, although bargain hunters are also waiting in the wings. The main event today will be the vote in the US Senate to avert a government shutdown, but don’t expect much market reaction. Investors have seen this movie many times – there’s a lot of drama but it always concludes with a happy ending.

Another victim of the equity selloff and the dollar’s resurgence has been the British pound, which is highly correlated to risk sentiment thanks to the UK’s twin deficits. Beyond that, the pound also seems to be grappling with fears the Bank of England could raise rates prematurely to fight inflation, which might ultimately do more harm than good as growth momentum seems to be fading already.

Gold prices are also under pressure, suffering at the hands of the usual suspects – rising real rates and a firmer dollar. The fundamental equation for bullion seems quite grim as we may still be in the early stages of the recovery in real US yields, and the technical picture isn’t pretty either, without much support until the $1,680 per ounce region if $1,720 is violated. 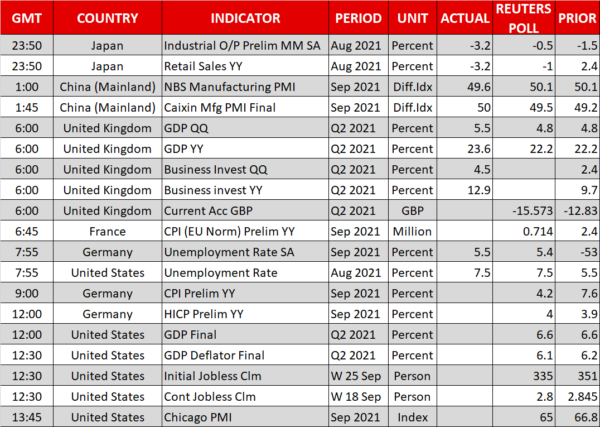