Stocks Edge Lower as Quarter Draws to a Close 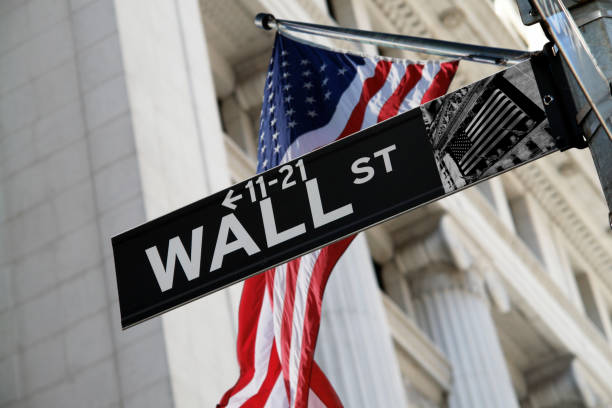 Stock markets are a little lower on Thursday, bringing an end to a disappointing quarter and going into a new one fraught with risk.

There’s an enormous amount of uncertainty in the markets at the moment and that’s clearly taken its toll. There’s still clearly plenty of appetite to buy the dips but the risks are becoming impossible to ignore.

Central banks are doing their best to reassure us that inflation remains just a temporary, supply-side issue but there also seems to be less conviction in their views. Pandemic stimulus measures are being withdrawn at a time of real uncertainty for the markets, whether that be around Covid, the energy crisis or Evergrande, to name just a few.

And that’s before we even consider events in Washington, where lawmakers look set to back a continuing resolution to prevent a government shutdown until early December. While that may relieve some pressure, there’s still the small issue of the debt ceiling and not defaulting in less than three weeks to resolve.

With Republicans refusing to aid Democrats in lifting the debt ceiling, insisting instead on using reconciliation – a process deemed extremely risky by Senate majority leader Chuck Schumer. There’ll be plenty of theatre around the debt ceiling over the coming weeks before a solution is inevitably found. Although the closer we get to the deadline, investors may become more nervous.

Numerous Fed policymakers are due to speak again today, including Chair Jerome Powell who’s making appearances on a daily basis at the moment. I don’t expect to hear anything new from them today, with the message being clear and consistent in recent weeks. The conditions are almost met to start paring back net asset purchases and an announcement is likely in November.

There’s been plenty of economic data for traders to get their teeth stuck into today, although nothing that’s sent any shockwaves. The second-quarter GDP readings from the US and UK were revised a little higher, while inflation continued to creep higher in Europe as unemployment ticked lower.

Jobless claims, meanwhile, spiked again hitting 362,000 up from 351,000 last week and well above expectations of 333,000. The rise is not likely anything to be concerned about, with the after-effects of Hurricane Ida potentially behind it.

Oil’s rally has stalled in recent days just as Brent was closing in on $80. A number of factors have contributed to crude prices pulling back including surprise inventory builds from API and EIA, a stronger dollar and more risk aversion in the markets. It’s also impossible to ignore just how close Brent came to $80 which suggests there’s a strong element of profit-taking in there as well.

The outlook for oil prices remains bullish despite an almost 4% correction so far. The key test below comes around $75 in Brent and $73 in WTI but we’re still a little away from there at the moment. Ultimately, the energy crisis is only going to further support the rally in oil prices and the pressures here are certainly not easing up yet.

OPEC+ could take some heat out of the market next week but I struggle to see them doing so. With so much uncertainty still existing, I think they’ll view prices as acceptable for now and potentially be tempted into accelerating production over the coming months if some downside risks to demand don’t materialise. Much to the annoyance of the White House, no doubt.

Gold support may be short-lived

Gold has finally found some support on Thursday after falling as low as $1,720 a day earlier. Some profit-taking in the dollar may have brought some reprieve to gold, which is up around $12 on the day to trade a little shy of $1,740. Any rallies are likely to face significant resistance though, especially around current levels, with them being important previous areas of support.

Momentum has eased a little during the recent declines in gold but there’s still plenty there which may suggest any rallies will be short-lived for now. We’re fast approaching major levels of support, with $1,700 being a big psychological test and $1,680 long-term support.

Bitcoin continues to consolidate between $40,000 and $45,000 as bullish traders refuse to concede defeat no matter how short-lived these rallies are becoming. And who knows, their incredible resilience may eventually be rewarded, but for now, bitcoin remains in a corrective move and one that looks more likely to continue than not.

Of course, every failure to break $40,000 casts further doubt over its ability to do so and bulls may be encouraged by the resilience displayed so far. And a break of $45,000 would certainly give them more confidence, should that occur before $40,000 falls.