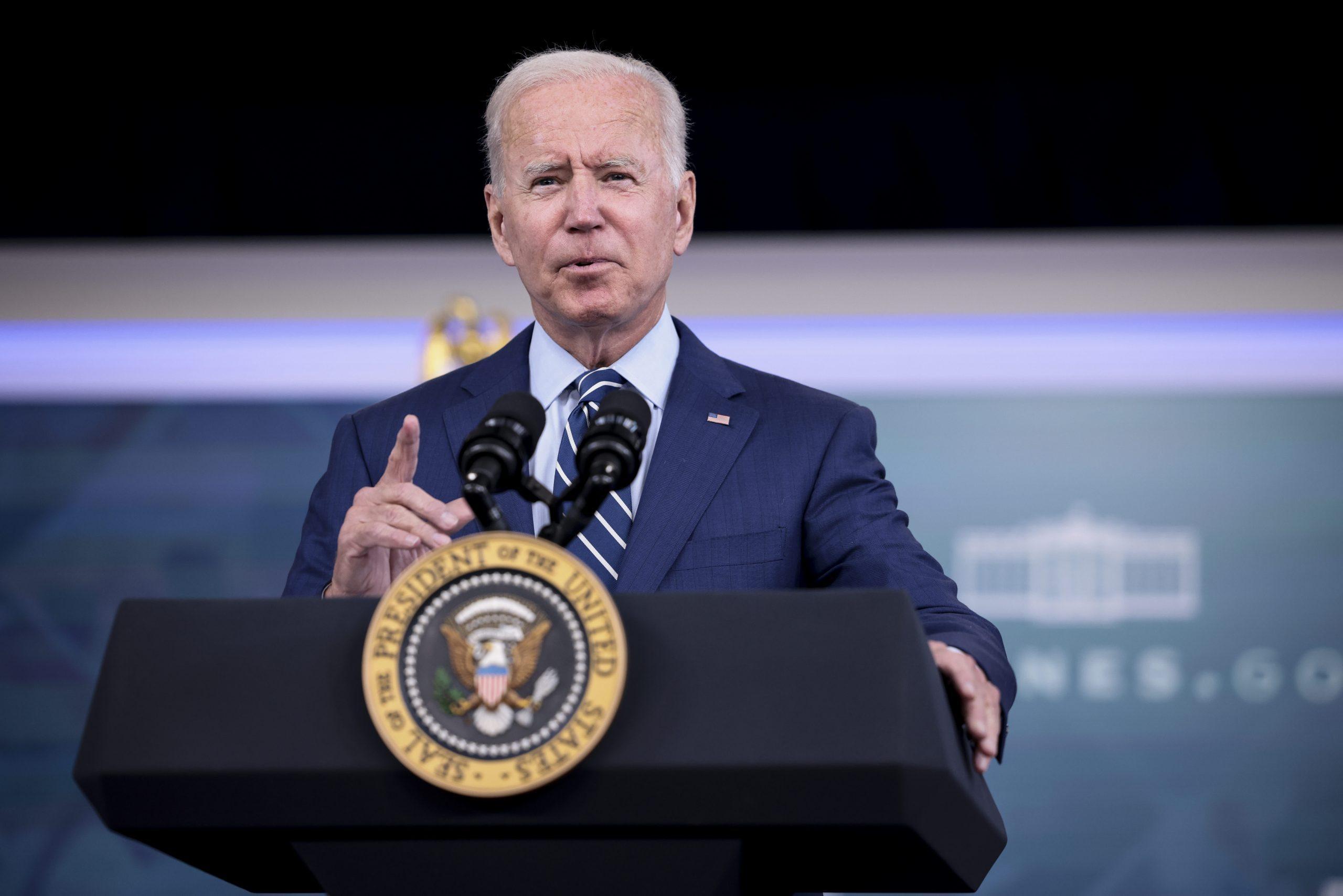 President Joe Biden’s $3.5 trillion economic agenda — and the social spending it would usher in — has few parallels in modern U.S. history.

The New Deal era of the 1930s and the Great Society of the 1960s are its closest comparisons, according to economists and historians.

Those periods of vast social expansions — marshalled by Presidents Franklin D. Roosevelt and Lyndon B. Johnson, respectively — saw the creation of some of our nation’s most popular programs, such as Social Security, Medicare, Medicaid and unemployment insurance.

Biden’s Build Back Better reforms — which would expand spending in areas like childcare, health care, paid leave and education — shares traits with these past eras but diverges in significant ways, experts said.

The birth of social spending

The national government was small when the Great Depression hit in 1929. At the time, most social welfare programs were funded and administered by local government, according to John Joseph Wallis, an economic historian and professor at the University of Maryland.

But FDR’s series of New Deal programs in the 1930s fundamentally changed the public’s expectation from Washington and the government’s role in their lives.

Social Security retirement benefits and unemployment insurance were the most consequential and lasting reforms of that period, according to economists. Some modern-day programs — like the Supplemental Nutrition Assistance Program (food stamps) and Temporary Assistance for Needy Families (also known as welfare) — have their roots in New Deal reforms.

Later, in 1965, President Johnson’s War on Poverty led to the creation of Medicare and Medicaid, public health plans for seniors and the poor.

“What we did in the 60s, what was most remarkable, was we nearly wiped out poverty among the aged,” Garfinkel said.

Biden’s proposals come at a time of similar U.S. economic and social upheaval.

The pandemic downturn was the worst recession since the Great Depression, hurtling millions into unemployment overnight. The country’s concurrent reckoning with racial inequality following the murder of George Floyd harked back to the civil rights movement of the 1960s and put a spotlight on the recession’s unequal impact on minorities and the poor.

While U.S. social programs had largely tilted toward the elderly, Biden’s agenda would somewhat shift that focus to children and families, according to experts.

By one estimate, his proposed expansion of the child tax credit would cut child poverty by half. (Child poverty is the share of kids living in poor households.)

“It’s not quite as we did for the aged, but it’s not bad,” Garfinkel said.

Biden’s proposal would expand programs for seniors, too, by adding vision, dental and hearing benefits for Medicare, for example.

Comparing the overall cost and spending of Build Back Better versus the New Deal and Great Society eras is challenging.

For one, the budgeting tools the federal government uses today to gauge cost weren’t around then. But examining cost as a share of the U.S. economy is among the best ways to judge programs’ relative scope, economists said.

The $3.5 trillion plan Biden proposed would be spent over 10 years. That amounts to roughly $350 billion per year, or about 1.5% of the country’s current $22.7 trillion gross domestic product, a measure of economic output.

That 1.5-point increase is a big jump from the last several decades but is smaller than those during the Roosevelt and Johnson eras.

More from Personal Finance:
Here are the changes that could be coming to your Social Security benefits
Climate change can impact your finances
House Democrats’ tax proposal may affect life insurance for the rich

By 1939, the share of federal social-welfare spending hit a New Deal-era peak of 3.6% of GDP, according to an analysis by Price Fishback, a professor at the University of Arizona who studies New Deal political economy. That’s a 2.7-percentage-point increase relative to 1933.

“This is a pretty hefty slug of money,” Fishback said of Build Back Better. “[But] it doesn’t look like a big budget buster,” he added.

The picture is somewhat different when considering spending per capita, to account for U.S. population growth over the last century.

Social spending would increase about $1,060 per person per year under Biden’s plan, Fishback said. By comparison, New Deal policies had swelled spending about $400 per person by the end of the 1930s; spending grew $2,571 per person over 1963-73.

We are redefining the safety net to a higher level. It will shift the public resources to more people.

One caveat: The Biden’s proposed outlays would be on top of the existing social welfare system, Fishback said. And it’s unclear how or whether the programs may grow over time or become permanent fixtures.

Social Security, for example, paid few benefits in its early years but accounted for about $1 trillion, or 23%, of the federal budget in 2019.

And the overall price tag may change during congressional negotiations. One key Senate Democrat, Joe Manchin, D-W.Va., said Thursday that he wouldn’t support legislation exceeding $1.5 trillion — less than half the amount of Biden’s proposal.

Of course, some economist consider these federal outlays to be “investments” in the country’s future rather than outright spending.

“I almost think the [$3.5 trillion] plan is a bit more comparable to LBJ’s War On Poverty [than to the New Deal], because it’s trying to address long-term strategic issues,” said Krishna Kumar, director of international research and a senior economist at the RAND Corporation.

Investing in children (the beginning of the lifecycle) as opposed to seniors (toward the end of their lives) distinguishes Biden’s plan, he explained.

The U.S. lags behind other developed rich nations in the Organisation for Economic Co-operation and Development in many of these categories, Kumar said.

Investment in early childhood programs returns $2 to $4 for every dollar invested, according to a RAND analysis.

Beyond the New Deal and Great Society

Biden’s plan diverges from its predecessors in some ways, according to economists.

Perhaps most importantly, its benefits are spread across a broad swath of the American population — not just the neediest.

For example, poor families get the largest gains from the expanded child tax credit, but extra funds also reach higher-income households (individuals with up to $200,000 of income and married couples with up to $400,000.)

Overall, the expansion doubles the average family’s benefit to almost $5,100, according to the Congressional Research Service.

“We are redefining the safety net to a higher level,” said William Hoagland, a senior vice president at the Bipartisan Policy Center. “It will shift the public resources to more people.”

This strategy may help garner political support for Biden’s initiatives. A narrower focus — just on the poorest individuals, for example — is a “recipe for political disaster” because it erodes the base of supporters, according to Marglin, the economist at Harvard.

“This is just the way our political system works,” he said. “The great innovators understood that.”