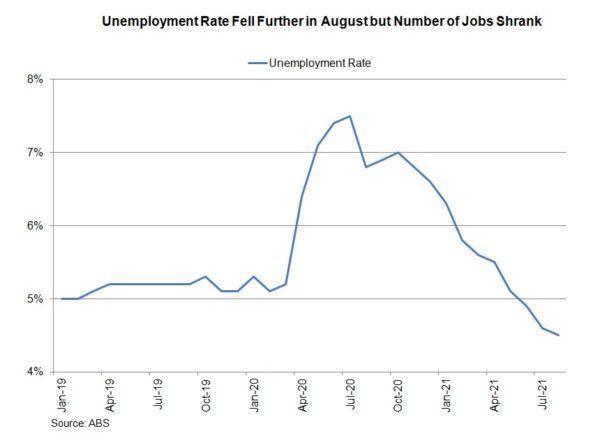 The RBA will maintain all monetary policy measures unchanged at next week’s meeting. That is, the cash rate, as well as the yield target on the April 2024 bond, will stay at 0.1%. Asset purchases will also be kept at a pace of AUD 4B/week. Policymakers will continue to warn of the slowdown in the third quarter but a ray of light is seen as the government plans to open border in November.

The August employment report is a mixed bag. The unemployment rate slipped -0.1 ppt to 4.5% in August, better than consensus of a rise to 4.9%. The number of jobs surprisingly slumped -146.3K, after a +3.1K in July. The decline mainly came from part-time employments. The participation rate dropped -0.8 ppt to 65.2%, lower than consensus of 65.7%. Recall that headline CPI jumped to +3.8% y/y, a level not seen since 4Q08. While third quarter inflation will only be in after the October meeting, ANZ’s Roy Morgan consumer sentiment survey revealed that inflation expectations steadied at +5.1%, compared with historical reading of around 3.5%. Rising price pressure has somehow dampened consumer confidence, which slipped -5.1 points to 104.5 in September. 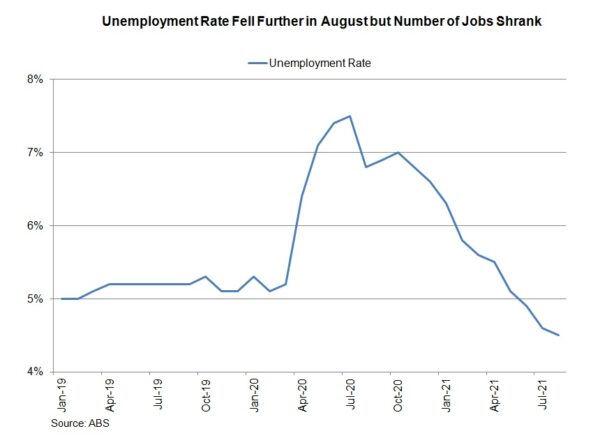 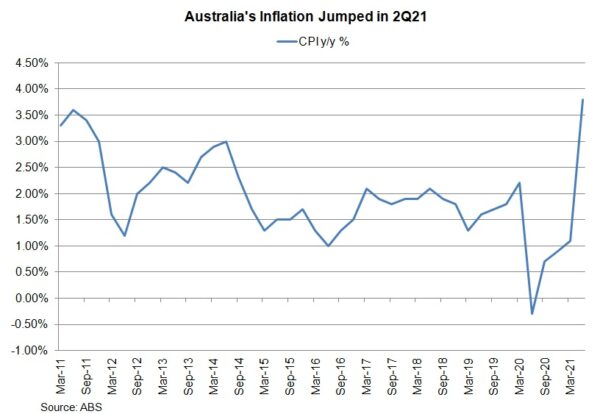 The economic momentum might have been derailed by the resurgence of the pandemic and the resultant restrictions. Yet, there is a light of hope that it will be back on track towards the end of the year as the government plans to reopen the border to international travelers. We expect policymakers to shed some positive light in this regard while cautioning about recent slowdown.

The RBA is expected to keep its monetary policy stance unchanged. In September, it reduced QE asset purchases to AUD 4B/week, from AUD 5B/ week previously. Yet, it pushed backward the timeline of its completion to “at least mid February 2022” from November 2021. The move was thus regarded as “dovish tapering”. Policymakers also left the cash rate unchanged at 0.1% and guided that there would be no rate hike until “actual inflation is sustainably within the 2 to 3% target range”, a condition unlikely to be met before 2024. We believe the strength of global inflation could be stronger and more persistent than previously anticipate, in particular exacerbated by the recent energy crisis. If the situation persists, policymakers in coming months could revise its inflation outlook, hence bringing forward the timing of the first rate hike. 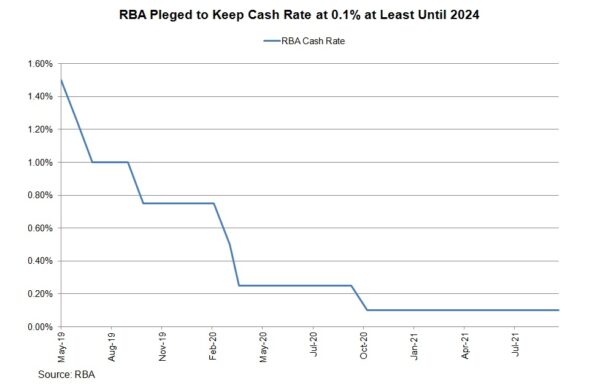