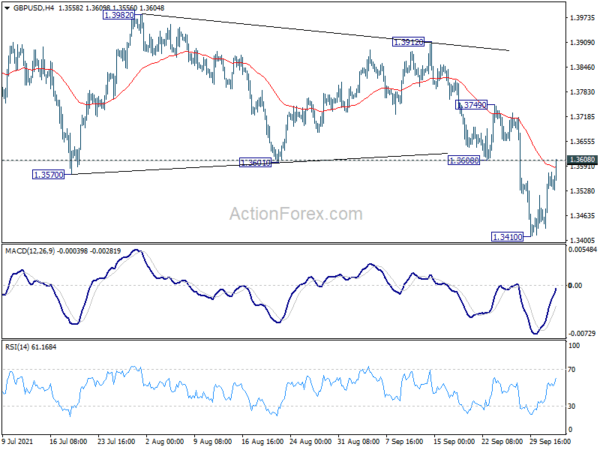 Swiss Franc is the winner so far today, as Dollar and Yen pare back some of last week’s gains. Meanwhile, Euro is also soft after poor investor confidence data. On the other hand, New Zealand Dollar is following closely as second strongest, on anticipation of RBNZ rate hike later in the week. Other currencies are mixed for now, awaiting a clear direction.

Technically, GBP/USD is now pressing 1.3608 minor resistance and break there should confirm short term bottoming. We’d see if that would be followed by stronger rise in Sterling, and pushes EUR/GBP towards 0.8499 support. Or, it would be accompanied by selloff in Dollar, with EUR/USD breaking 1.1682 resistance and USD/CHF breaking 0.9214 support. 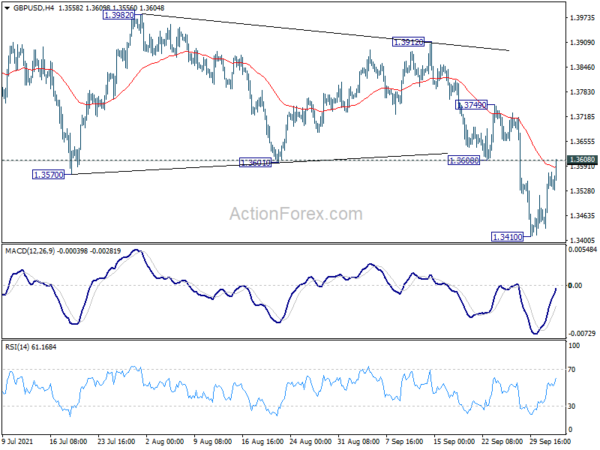 ECB Vice-President Luis de Guindos said the current increase in inflation is “not only responding to base effects but is also a component that is going to have a more structural impact.” He added, “this is having an impact that goes beyond what we were expecting only a few months ago.” He expected supply bottlenecks to ease but emphasized the importance to “avoid second-round effects”.

On monetary policy, de Guindos said it will “remain accommodative but the goal is price stability.” “If economic activity normalizes, PEPP will have accomplished its mission.”

Sentix said, “Autumn revival fails to materialize for the time being”. It added, “so far, the criteria for a mere ‘mid-cycle slowdown’ have still been met. It remains crucial that the expectations do not fall below the zero line. For then a stronger slump in economic output would be expected – a trend reversal would then be in the offing.” 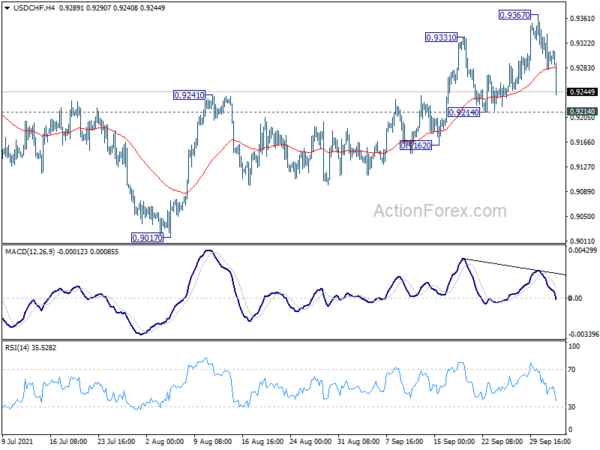 In the bigger picture, the strong rally above 55 week EMA (now at 0.9188) now tilts favor to the case of bullish trend reversal. That is, decline from 1.3042 (2016 high) is probably completed at 0.8756 already. Sustained break of 0.9471 resistance should confirm this case and pave the way to retest 1.0342 ahead. However, rejection by 0.9471 will mix up the outlook again and retain some medium term bearishness.