September’s jobs creation comes up short with gain of just 194,000 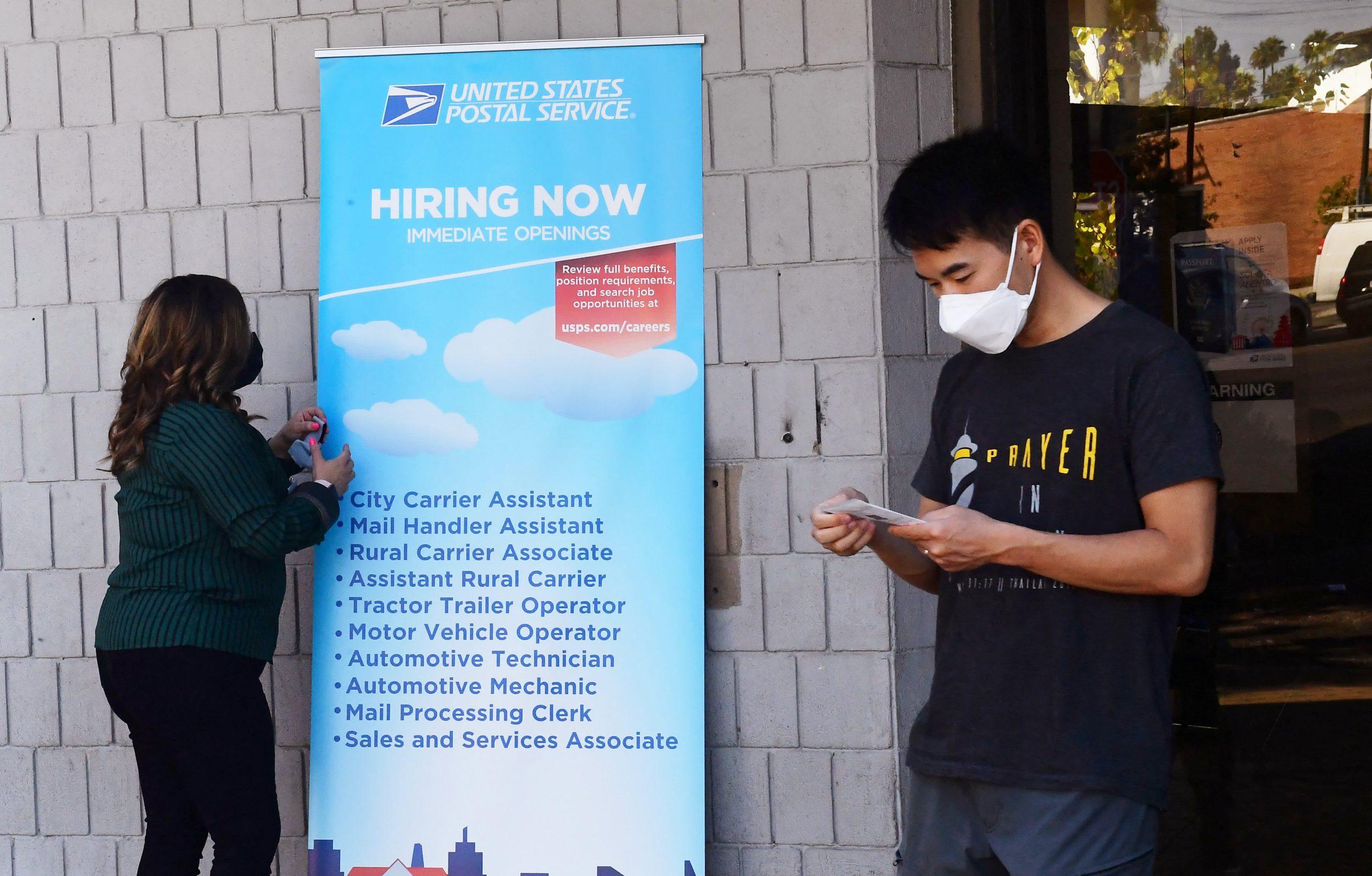 The U.S. economy created jobs at a much slower-than-expected pace in September, a pessimistic sign about the state of the economy though the total was held back substantially by a sharp drop in government employment.

Nonfarm payrolls rose by just 194,000 in the month, compared with the Dow Jones estimate of 500,000, the Labor Department reported Friday. The unemployment rate fell to 4.8%, better than the expectation for 5.1% and the lowest since February 2020.

The headline number was hurt by a 123,000 decline in government payrolls, while private payrolls increased by 317,000.

The drop in the jobless rate came as the labor force participation rate edged lower, meaning more people who were sidelined during the coronavirus pandemic have returned to the workforce. A more encompassing number that also includes so-called discouraged workers and those holding part-time jobs for economic reasons declined to 8.5%, also a pandemic-era low.

“This is quite a deflating report,” said Nick Bunker, economic research director at job placement site Indeed. “This year has been one of false dawns for the labor market. Demand for workers is strong and millions of people want to return to work, but employment growth has yet to find its footing.”

Nevertheless, markets reacted little to the news, with Dow futures around flat for the morning and government bond yields mixed as investors digested what was a mixed bag of a report.

Despite the weak jobs total, wages increased sharply. The monthly gain of 0.6% pushed the year-over-year rise to 4.6% as companies use wage increases to combat the persistent labor shortage. The available workforce declined by 183,000 in September and is 3.1 million shy of where it was in February 2020, just before the pandemic was declared.

“Labor shortages are continuing to put severe upward pressure on wages … at a time when the return of low-wage leisure and hospitality workers should be depressing the average,” wrote Andrew Hunter, senior U.S. economist at Capital Economics.

Leisure and hospitality again led job creation, adding 74,000 positions, as the unemployment rate for the sector plunged to 7.7% from 9.1%. Professional and business services contributed 60,000 while retail increased by 56,000.

Local government education jobs fell by 144,000, which may have been due to seasonal adjustments in the numbers, according to Gus Faucher, chief economist at PNC.

The survey week of Sept. 12 came just as Covid cases were peaking in the U.S. The delta variant spread since has cooled, with cases most recently dropping below an average of 100,000 a day.

There was some good news in Friday’s report from previous months.

The employment-to-population level increased to 58.7%, its highest since March 2020.

The report comes at a critical time for the economy, with recent data showing solid consumer spending despite rising prices, growth in the manufacturing and services sector, and surging housing costs.

Federal Reserve officials are watching the jobs numbers closely. The central bank recently has indicated it’s ready to start pulling back on some of the extraordinary help it has provided during the pandemic crisis, primarily because inflation has met and exceeded the Fed’s 2% goal.

“After looking like almost a done deal, today’s jobs number has thrown expectations for tapering into disarray. The Fed doesn’t seem to need much to convince it that tapering should begin imminently, but at just 194,000, jobs numbers are suggesting that the labor market is further from hitting the substantial progress goal than they expected,” said Seema Shah, chief strategist at Principal Global Investors.