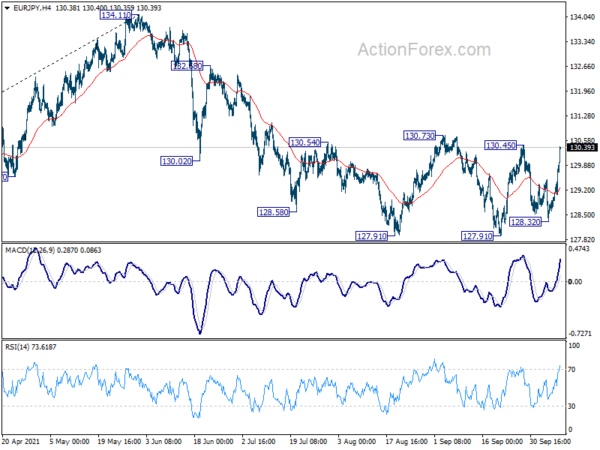 Yen’s selloff continues as another week starts, backed by rebound in Asian stocks and Japanese yield. Indeed, 10-year JGB yield, currently at 0.093, is on track to 0.1 handle. Sterling is currently the strongest one, as lifted by hawkish comments from BoE officials over the weekend. Australian Dollar is following closely, leading other commodity currencies up too. Dollar, Euro and Swiss Franc are on the softer side.

Technically, 130.45 resistance in EUR/JPY would be a focus today. Firm break there would indicate completion of correction from 134.11, and pave the way to retest this high for the near term. More importantly, that would also align EUR/JPY’s outlook with other Yen pairs, confirming broad based weakness in the Japanese currency. 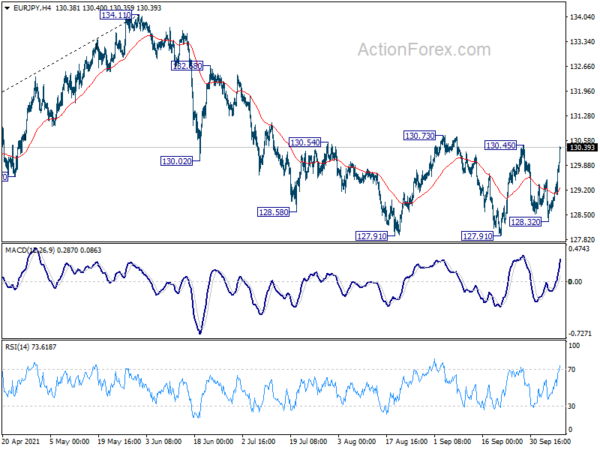 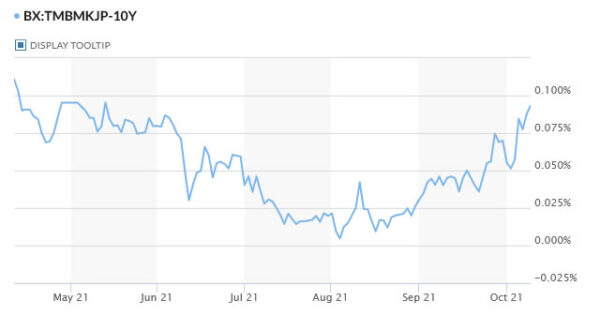 BoE Saunders: Appropriate to price in a significantly earlier path of tightening

BoE hawk Michael Saunders said over the weekend, “markets have priced in over the last few months an earlier rise in Bank Rate than previously and I think that’s appropriate.”

Saunders noted that markets have fully priced in a February hike, and half priced a December hike. “I’m not trying to give a commentary on exactly which one, but I think it is appropriate that the markets have moved to pricing a significantly earlier path of tightening than they did previously,” he said.

Separately, BoE Governor Andrew Bailey warned in an interview that inflation is “going to go higher, I’m afraid”. “We have got some very big and unwanted price changes,” he said, as the pandemic altered consumer behavior.

Fed Daly: Delta has taken a toll, but yet to derail us

San Francisco Fed President Mary Daly said on Sunday that there will be “ups and downs” in the job market recovery, as “Covid is not behind us”. She admitted that “Delta has taken a toll” but remained upbeat that “it hasn’t yet derailed us”.

“It’s too soon to say it’s stalling, but certainly we’re seeing the pain of COVID and the pain of the Delta variant impact the labor market,” she said.

“I don’t have a different view than I had on it when we first started. It’s going to be hard and as goes Covid, so goes the economy,” she added.

Daly also said, “everyone is feeling the rising prices” for energy, good and basic services. “This is really hard. And it’s also really directly related to Covid. It’s related to the supply bottlenecks, to the disruptions. But I don’t see this as a long-term phenomenon.”

FOMC minutes is the only central bank related activity this week. The minutes would likely just reiterate that Fed is on track to start tapering asset purchases later this year. Meanwhile, rate hike is taken as a completely separately consideration and would depend be data dependent. More focuses could indeed be on consumer and producer inflation data, retail sales and jobless claims.

UK will also release GDP and employment. There are increasing speculations of an early rate hike by BoE, but again that would be data dependent. Elsewhere, German ZEW, Australia employment, New Zealand business sentiment, China trade balance, CPI and PPI will be closely watched too.

GBP/JPY’s rally continues today and hits as high as 153.73 so far. As noted before, corrective pattern from 156.05 should have completed after defending 149.03 key support. Intraday bias stays on the upside for retesting 156.05 high. On the downside, break of 152.13 resistance turned support is needed to indicate completion of the rise from 149.20. Otherwise, we’d expect further rally ahead, even in case of retreat. 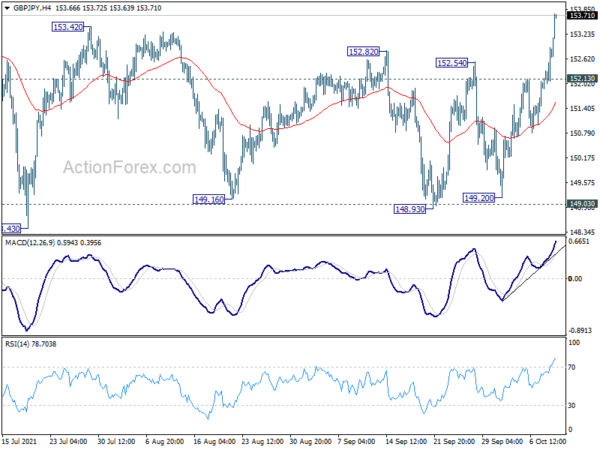 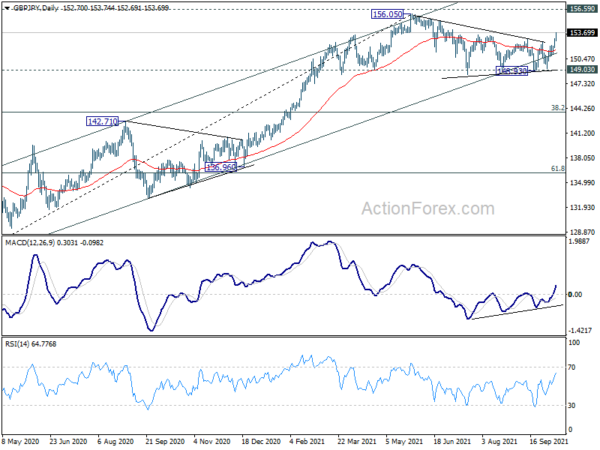