Commodity currencies rise broadly today on the back on risk-on sentiments. Major European indexes are trading up while US futures also point to higher open. Yen is extending recent broad based decline since though treasury yields are in retreat. Dollar and Euro are following as next weakest. Sterling and Swiss Franc are mixed, helped by buying against Euro, Dollar and Yen. 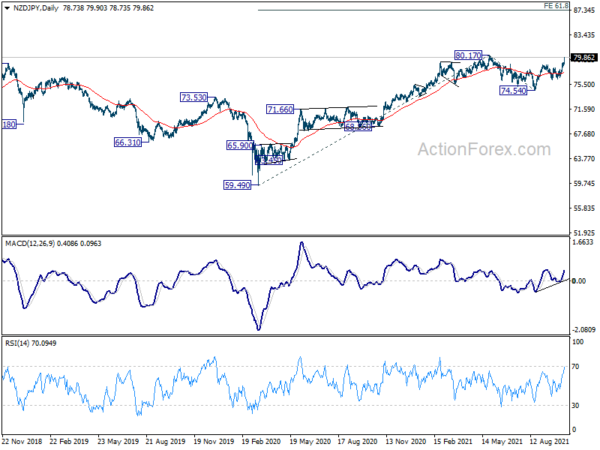 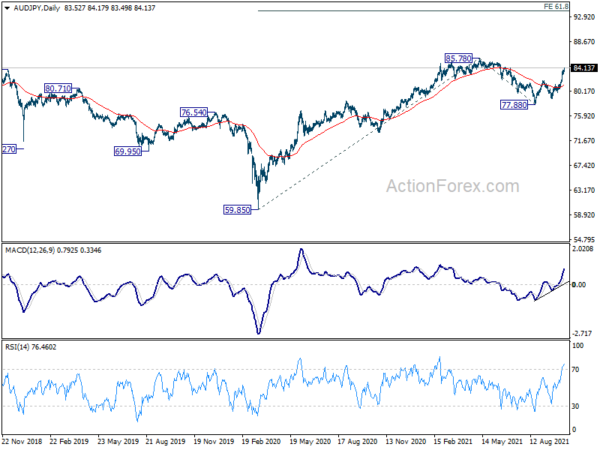 US PPI jumped to 8.6% yoy in Sep, highest on record

ECB Lagarde: No evidence of significant second-round effects of inflation

ECB President Christine Lagarde repeated today, “we continue to view this upswing as being largely driven by temporary factors. The impact of these factors should fade out of annual rates of price changes in the course of next year, dampening annual inflation.”

“So far, there is no evidence of significant second-round effects through wages and inflation expectations in the euro area remain anchored, but we continue to monitor risks to the inflation outlook carefully,” she added.

On the other hand, Governing Council Member Olli Rehn said, “due to persistent production bottlenecks, it is possible that an increase in energy prices has a longer-lasting impact on consumer price. We analyze this development carefully at the Governing Council and at the Bank of Finland.” He noted that medium-term inflation expectations have increased to around 1.9%, which is in line with the European Central Bank’s strategy.

BoE Tenreyro: Self-defeating to try to respond to short-lived effects on inflation

BoE MPC member Silvana Tenreyro said, “part of increasing inflation we have seen so far is arithmetic base effects compared to a low level of prices last year.” And that in part has seen “driven by global prices in energy and other commodities which push up on inflation”. And, “these effects in general tend to be short-lived.

Additionally, there were “temporary supply disruptions caused by the various imbalances in the global economy as it recovers from Covid”, with some countries still in lockdown. Demand was also boosted “far more by fiscal stimulus in some countries than others”, like the US.

“So typically, for short-lived effects on inflation, such as the big rises in the prices of semiconductors or energy prices, it would be self-defeating to try to respond to their direct effects,” she said. “By the time interest rates were having a major effect on inflation the effects of energy prices would already be dropping out of the inflation calculation. If some effects were to prove more persistent it would be important to balance the risks from a period of above target inflation with the cost of weaker demand.”

BoJ Noguchi: Economic recovery will become clearer at the end of year

BoJ board member Asahi Noguchi said the central bank should continue with the currency easing “patiently” because it takes a long time to achieve the 2% inflation target. But he’s optimistic that economic recovery will become clearer at the end of the year and onwards, as vaccinations help to ease the pandemic impacts.

Separately, Governor Haruhiko Kuroda said in a G20 finance meeting that some emerging economies are still facing downward pressure form the pandemic. But the overall impact on the global economy will “gradually subside”.

Australia employment dropped -138k in Sep, back below pre-pandemic levels

Bjorn Jarvis, head of labour statistics at the ABS, said: “Extended lockdowns in New South Wales, Victoria and the Australian Capital Territory have seen employment and hours worked both drop back below their pre-pandemic levels.

“There were large falls in employment in Victoria (123,000 people) and New South Wales (25,000 people, following the 173,000 decline in August). This was partly offset by a 31,000 increase in Queensland, as conditions there recovered from the lockdown in early August.”

“The low national unemployment rate continues to reflect reduced participation during the recent lockdowns, rather than strong labour market conditions.” 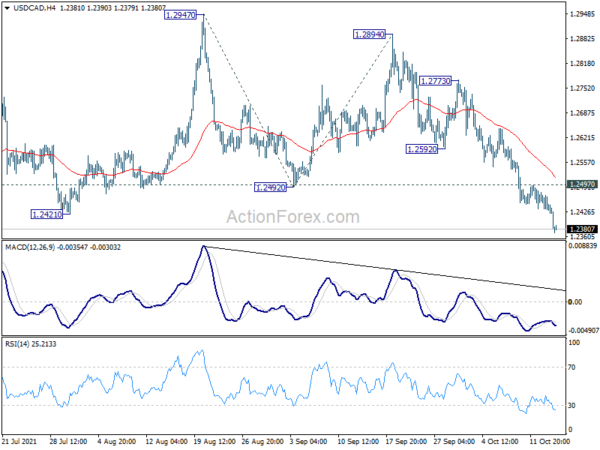 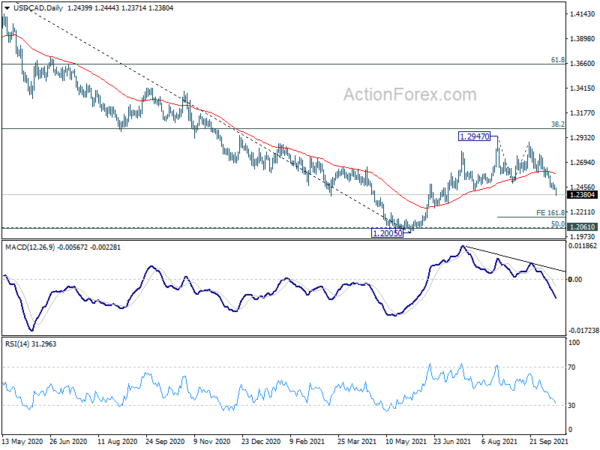