Another Big Week Ahead 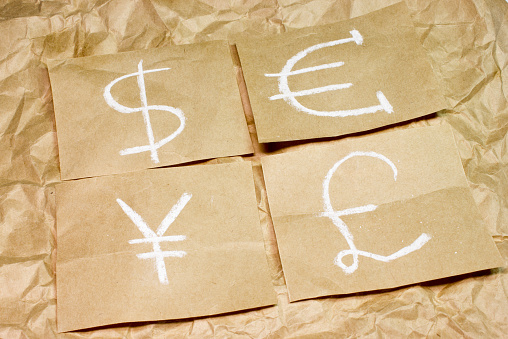 Stock markets are off to a mixed start at the beginning of the week, with much of Europe back in record territory and the US now flat after a positive start.

Not bad considering central banks around the world are having a small panic about inflation and planning multiple rate hikes over the next year or so. In the past, the idea of this has sent shockwaves through the markets and that was when economies were in a far healthier position.

Contrast the current situation with the last US tightening cycle and the economy has almost two years of growth to makeup and a labor market that is still not fully recovered. What’s more, an energy crisis and higher prices will eat away at disposable incomes and be a significant headwind throughout the winter.

And yet, investors remain bullish after what has been, in fairness, a very strong earnings season, albeit with plenty of caveats. Whether that continues beyond the reporting period is another thing, with it potentially being harder to find positives to drive markets higher.

The Fed will announce tapering this week, the Bank of England may raise rates and the RBA could offer a less dovish view on the outlook after some strange activity this past week. And that’s just the start, with other central banks already heading in that direction and prepared to do more over the next year as inflation remains uncomfortably high.

This week brings a broad selection of PMI data from around the world and so far it’s been a bit of a mixed bag. China alone saw its official readings for manufacturing and non-manufacturing slip to 49.2 and 52.4, respectively, falling short of expectations, before Caixin released its manufacturing PMI this morning which rose to 50.6 and eased concerns. Still, higher input prices, lower demand, and power rationing continue to make the environment very tough for manufacturers and that will persist for some time yet.

Bank holiday’s across Europe today mean final PMIs from many countries will be a day late this week. The UK saw its number revised slightly higher although the sector continues to suffer multiple challenges from supply chains to Brexit. US PMIs were mixed, with the more closely followed ISM falling a little but exceeding expectations, while the official reading fell further than expected.

Oil prices are recovering at the start of the week following a brief pullback last week that appears to have quickly run its course. It was always likely that dips were going to attract interest but to be so close to last week’s highs already is quite impressive.

Especially coming on the back of reports that China has released gasoline and diesel reserves in a bid to keep regions well supplied and prices stable. Not to mention the softer PMI data over the weekend that pointed to ongoing challenges for the economy. This is clearly a very bullish market, still.

It seems quite clear that traders are not expecting any action from OPEC+ this week considering their conclusions last month and comments since. The group is clearly perfectly happy with price levels and doesn’t consider them the economic risk that other countries, like the US, do. This week’s meeting will likely be swift and consistent with the last, we stay the course.

One thing that could have dragged on prices is Vladimir Putin’s surprise announcement that he has ordered Gazprom to start filling European storage facilities as the company nears its targets in Russia. Natural gas prices have fallen heavily in recent days and are lower again today which could have weighed a little on oil, given how it’s been a supportive factor in the rally. If only there was a way for Europe to return Putin’s goodwill gesture.

Gold is rallying on Monday after once again failing to end the week above $1,800. Prices tumbled on Friday after such a strong recovery in the dollar which is marginally lower today. Higher yields continue to be a massive downside risk for gold, despite it showing incredible resilience so far, but that will likely continue to weigh.

In terms of the key levels, little has changed on that front. A close above $1,800 would be encouraging but resistance lies around $1,810. If it can overcome that then the real test comes around $1,833 where it has repeatedly failed. Another failure to do so and $1,770 is key to the downside and further pain could follow.

Bitcoin is continuing to hold on in there above $60,000 after coming under a little pressure over the weekend. It bounced back quickly after breaking this level last week which suggests there’s plenty of desire to push for new records but it is struggling to take off following the ETF launch. A break of $60,000 could see the correction deepen but there still seems to be plenty of support longer term.