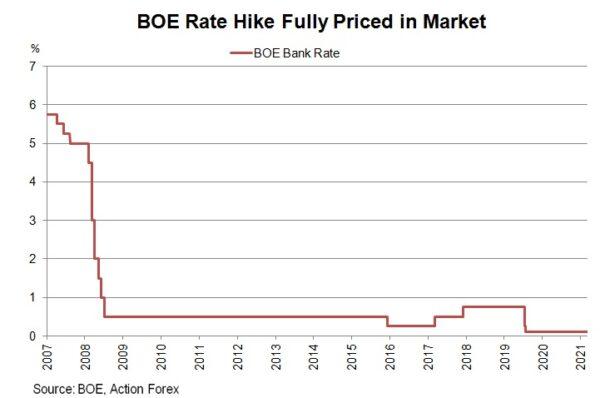 The market has fully priced in a +15 bps increase BOE’s bank rate (currently at 0.1%). The mixed economic developments since the September indicate that the Committee will be very divided over whether to hike or to stand on the sideline this month. Th staff will also release the latest economic projections which likely show downgrade in the GDP growth outlook but upward revision in inflation in this year and in 2022. 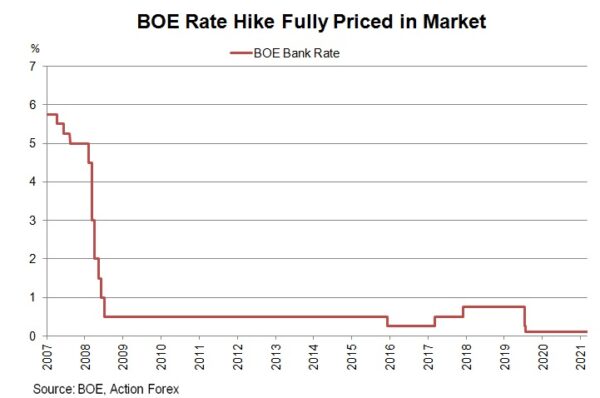 Economic developments have been mixed since the September meeting. Acceleration in the energy price is the most prominent change. Inflation remains elevated despite mild slowdown. Headline CPI eased slightly to +3.1% y/y in September, compared with consensus of, and August’s, +3.2%. The core reading also moderated -0.1 ppt to +2.9% y/y. Yet, the retail price index climbed +0.1 ppt higher to +4.9%, beating consensus of +4.7%. The 10-year breakeven rate revealed that long-term inflation expectation has stayed above +4%. The job market remains resilient. The unemployment rate slipped -0.1% ppt to 4.5% in the 3 months through to August. Labour shortage is expected to send wages higher. 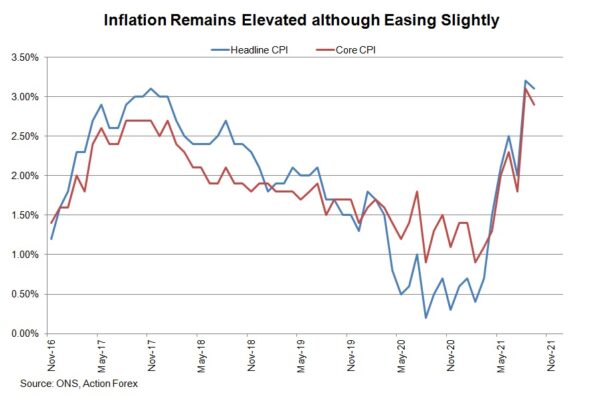 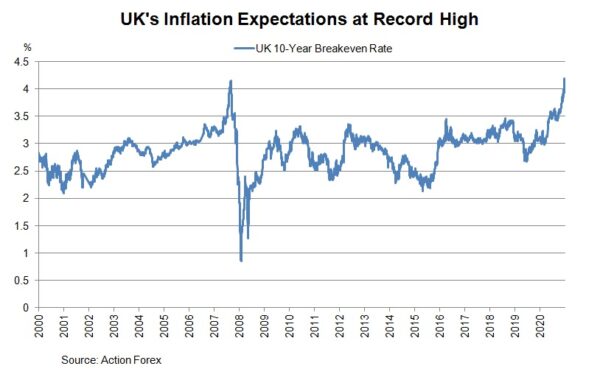 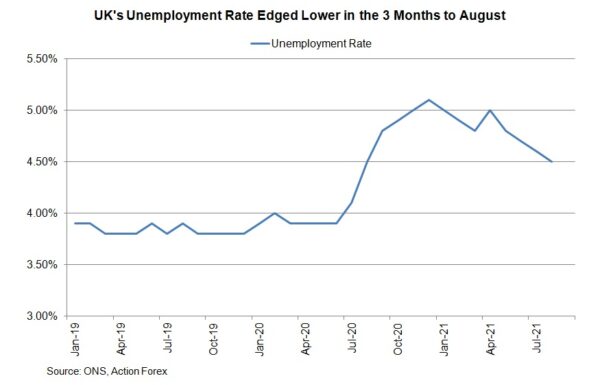 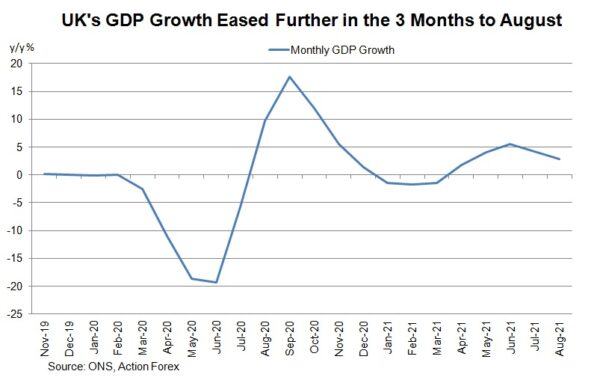 The market has fully priced in a +15 bps rate hike in November. Yet, Bloomberg’s consensus reveals that a thin majority of economists still expect no change in the policy rate. The market response has been driven by recent comments from BOE officials. Governor Andrew Bailey warned at the G-30 meeting 2 weeks ago that inflation “will last longer and it will of course get into the annual numbers for longer as a consequence”. The added that the central bank has “signaled, and this is another signal, that we will have to act”. Separately, new BoE Chief Economist Huw Pill warned that UK’s inflation “likely to hit 5%”, adding that the November meeting is “live” as the stance on the monetary decision is “finely balanced”. These comments sent yields higher although Pill had noted that “maybe there’s a bit too much excitement in the focus on rates right now”.

No matter whether the central bank hikes in November or not, it will be a divided committee. Hawks Michael Saunders and Dave Ramsden will likely vote for a rate hike. The market expects Bailey and Pill are also in favor of the move given their recent comments. Doves Jonathan Haskel and Jon Cunliffe have not made public comments but it’s not surprising to see them favoring the status quo. Silvana Tenreyro last week noted that slowdown in GDP growth can continue over winter, noting that inflationary pressures are expect to wane in coming months. Catherine Mann cited that the recent increase in bond yields has tightened financial conditions. We expect both would vote to keep the policy rate unchanged. Ben Broadbent will likely cast the decisive vote on the policy rate.