Yen and Swiss Franc are currently the strongest ones for the week and remain generally firm. Falling global benchmark treasury yields seem to be supporting both “safe-haven” currencies. Germany 10-year bund yield is back below -0.22, UK 10-year gilt yield is below 0.95 while Japan 10-year JGB yield is back at 0.07. Aussie is worst performing one for the week, followed by Sterling, as selloff continued after their respective central bank meeting. Dollar is firm but needs guidance from non-farm payroll report for taking up a more committed direction. 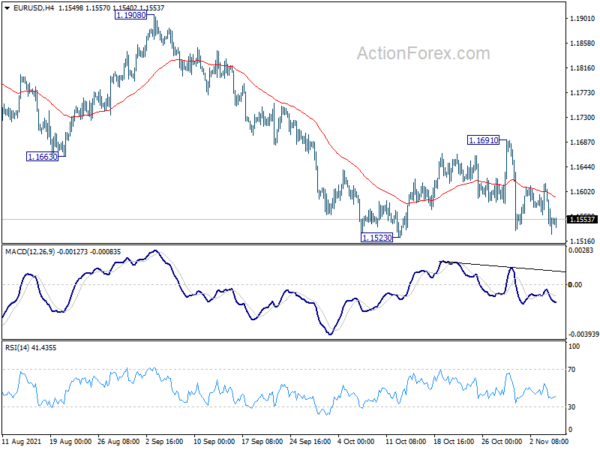 Ai Group Chief Executive, Innes Willox, said: “The Australian services sector reported mixed fortunes in October… Across the services sector, sales and employment were higher in October while new orders were discouragingly low. A more robust recovery was inhibited by lingering activity restrictions, barriers to interstate movement and the same disruptions to the supply of inputs that are being felt in other parts of the economy… Services companies reported further strong rises in input prices and wages with selling prices also rising although not by enough to prevent additional pressure on margins.”

US non-farm payroll employment is again a major focus. Markets are expecting 425k job growth in October. Unemployment rate is expected to tick down by 0.1% to 4.7%. Average hourly earnings are expected to grow 0.4% mom.

All in all, today’s NFP will likely be a solid one, affirming Fed’s tapering plan. The main question ahead is whether wage growth would continue in a strong trend, the pushes up inflation, and force Fed for an earlier hike. Strong wage growth could push Dollar index out of the near term range.

Dollar index is sitting in range below 94.56 short term top. The support from 55 day EMA is a bullish sign. Yet, it will have to break through key long term fibonacci resistance at 94.46 (38.2% retracement of 102.99 to 89.20) decisively to confirm medium term bullishness. In the case, we’d probably seen upside acceleration ahead to 61.8% retracement at 97.72. However, break of 93.27 support will suggest rejection by 94.46, and turn near term outlook bearish for deeper pull back. 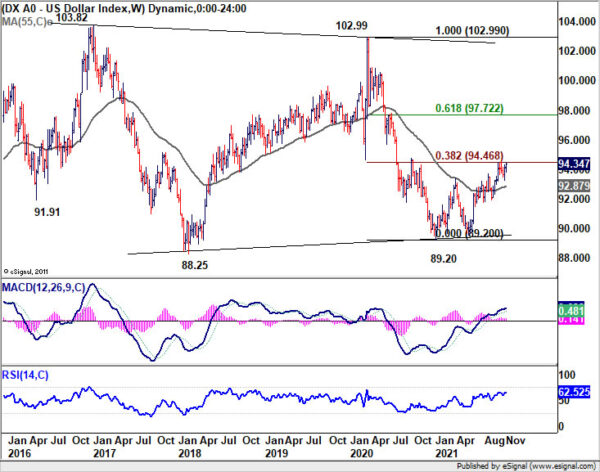 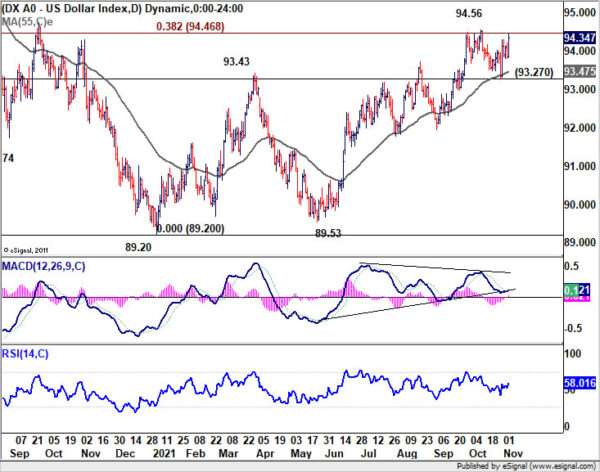 Later in the day, US will release non-farm payrolls and Canada will also release job data and Ivey PMI. 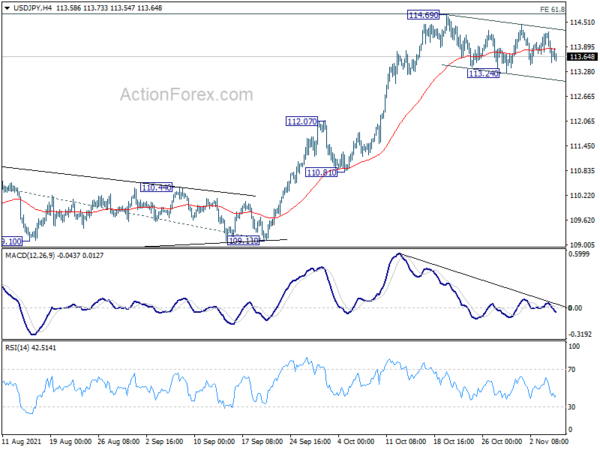 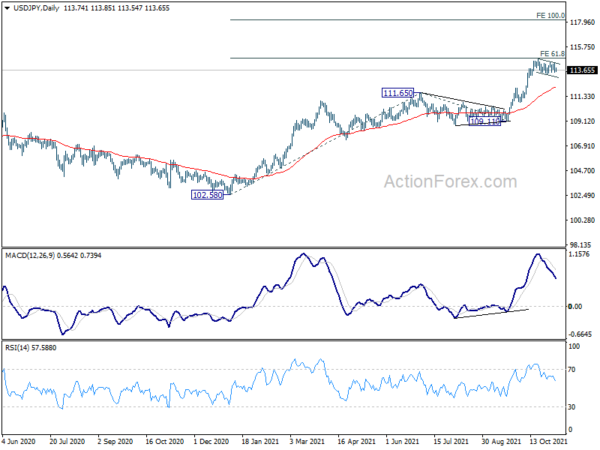