The developments last week were a bit confounding, as both stocks and bonds rallied notably. Yen and Swiss Franc followed the path of falling yields and rose as the biggest winner of the week.

Dollar was not much helped by Fed’s tapering and solid job data. Australia Dollar ignored broad risk-on sentiment, and ended as the worst performer after RBA hinted that it’s in no rush for rate hike. Sterling was the second worst after BoE disappointed those who expected an imminent hike.

The path ahead could depend on how far stocks would go, and how deep yields would fall, and the balance of the impacts on the currency markets. That would also very much depend on the upcoming inflation data from the US. 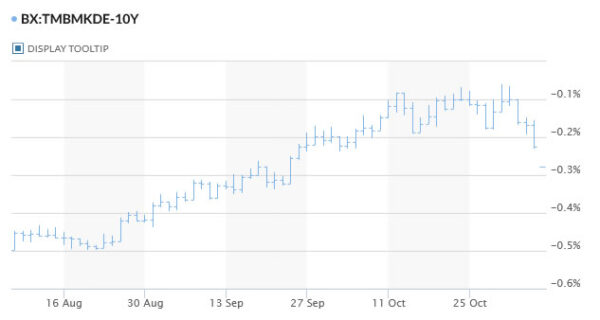 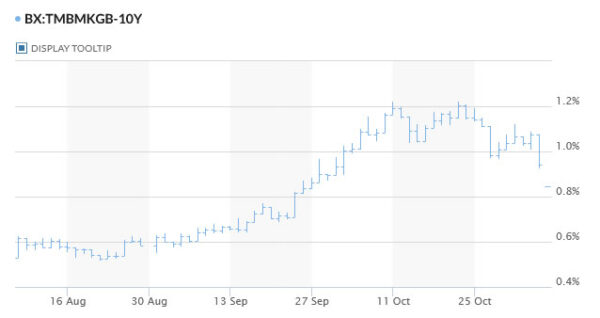 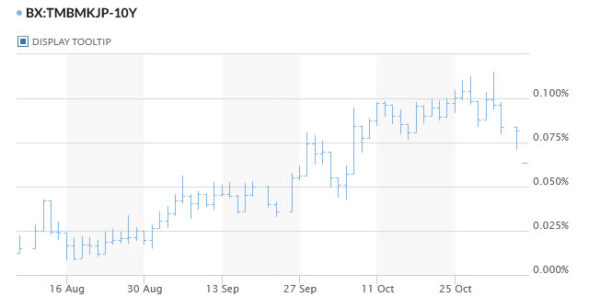 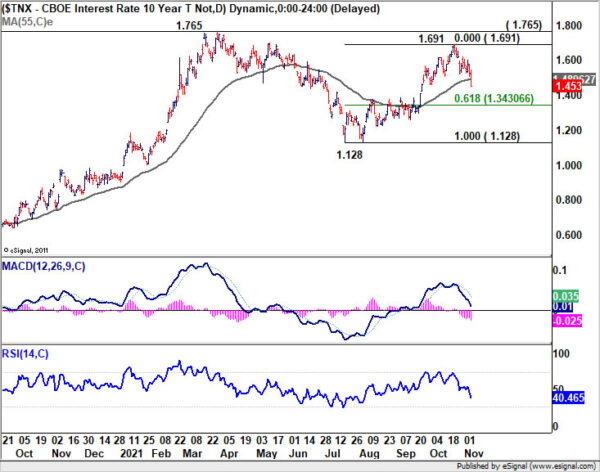 On the other hand, major stock indexes in US and Europe surged to new record highs last week, including DOW, S&P 500, NASDAQ, DAX and CAC 40. 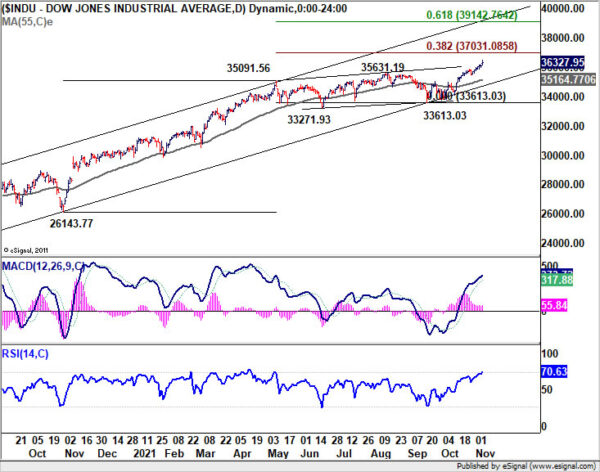 In spite of Fed’s tapering and a set of solid non-farm payroll data, Dollar struggled to extend gain, capped by risk-on sentiment and falling yields. Even EUR/USD’s break of 1.1523 low was half-hearted. Dollar index also failed to sustain above 94.46 fibonacci level again. 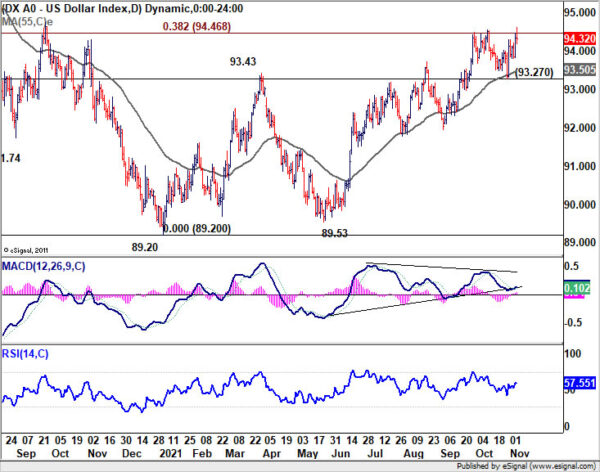 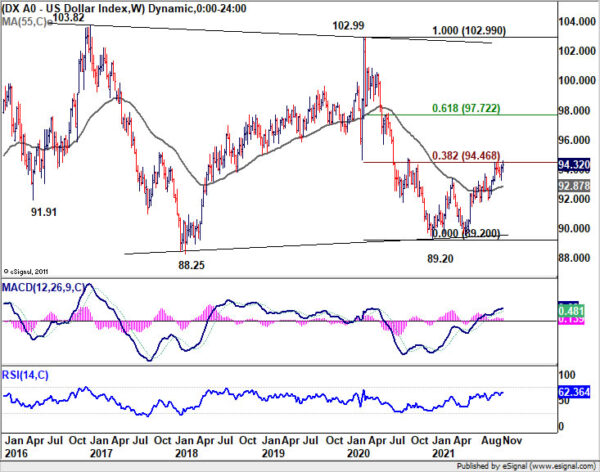 AUD/JPY was the biggest mover last week, extending the decline from 86.24 lower to close at 83.91. For now, such decline is still seen as a corrective move only. While further fall cannot be ruled out, we’d look for strong support from 38.2% retracement of 78.82 to 86.24 at 83.40 to contain downside and bring rebound.

Break of 85.19 will bring retest of 86.24 and then resumption of medium term up trend. That could come when the decline in treasury yield slows, or when Yen crosses recouple with risk-on sentiment. However, firm break of 83.50 will bring deeper fall towards 82.01 resistance turned support, and signal a broader change in overall sentiments. 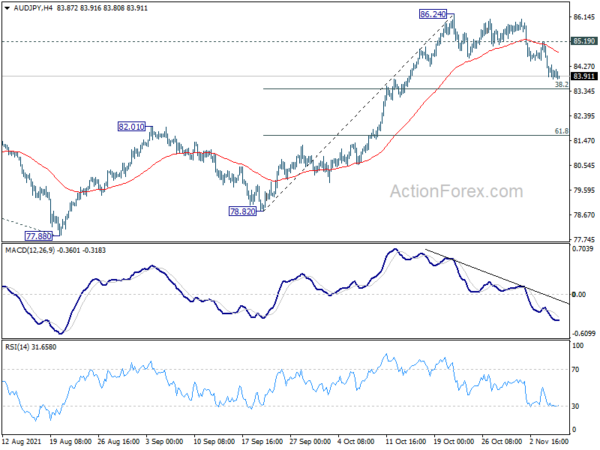 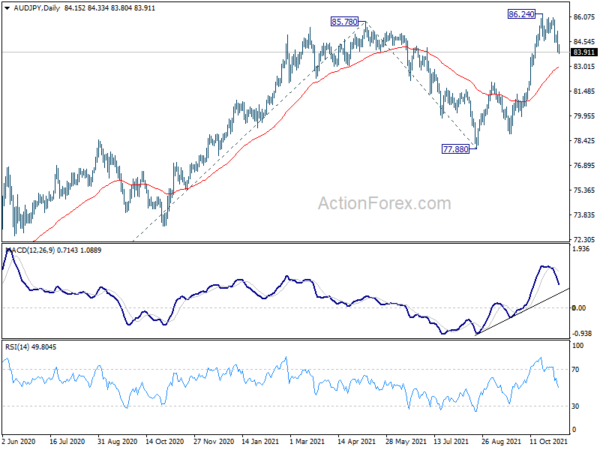 GBP/CHF was also one of the top movers, diving after BoE missed the rate hike expectation that it set the markets up. The downside acceleration is mixing the outlook a bit, and focus is immediately on 1.2259 key resistance turned support.

Strong rebound from 1.2259, followed by break of 1.2482 resistance should defend the case that fall from 1.3070 is merely a corrective move. Rise from 1.1107 low should still be in progress for resumption at a later stage.

However, sustained break of 1.2259 would argue that the medium term trend has reversed. There could even be some downside acceleration to follow to 1.1683 support next. 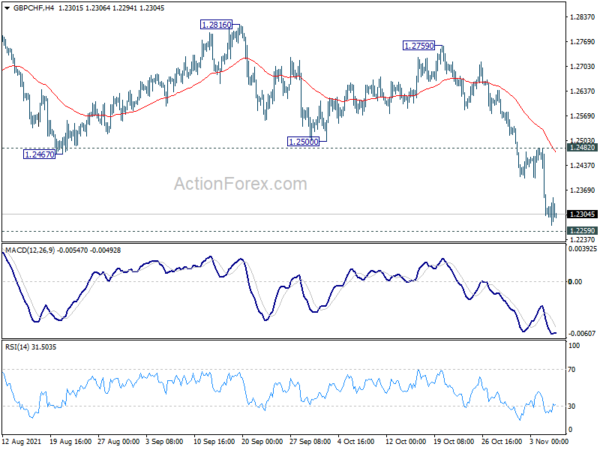 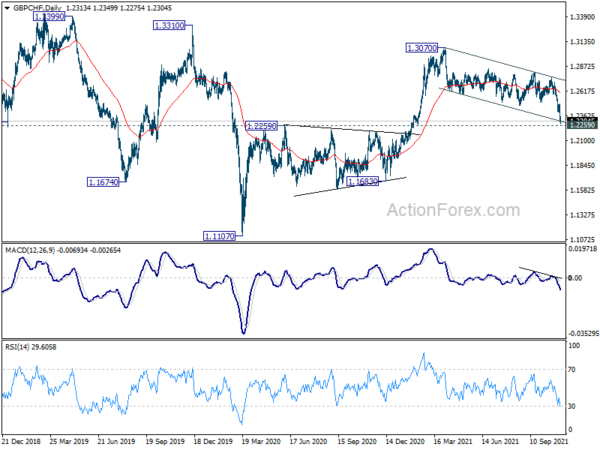 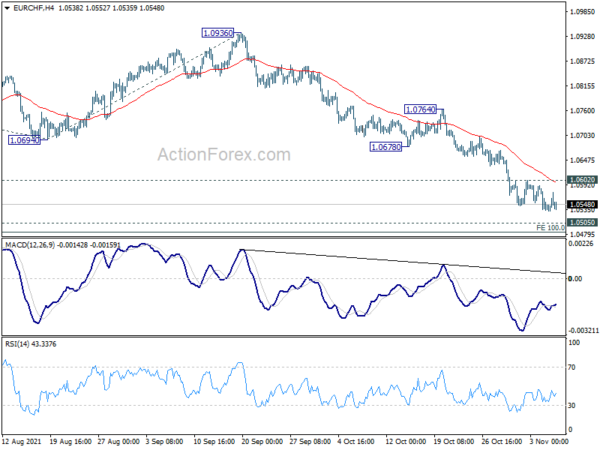 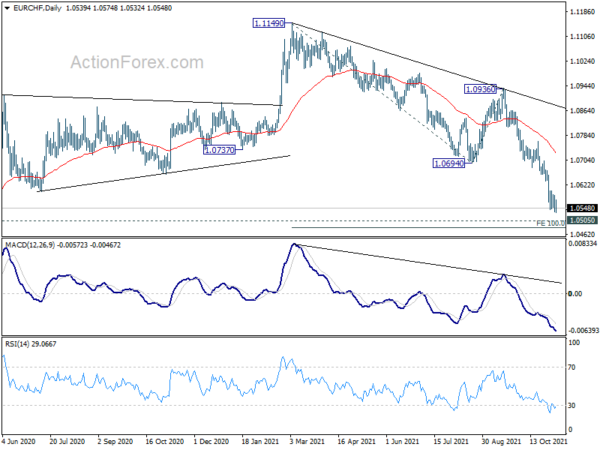 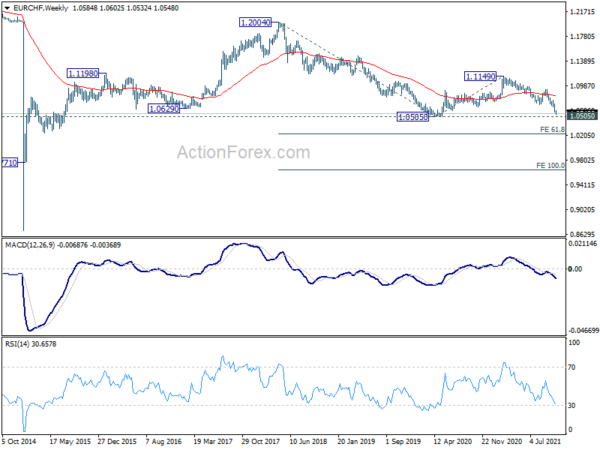 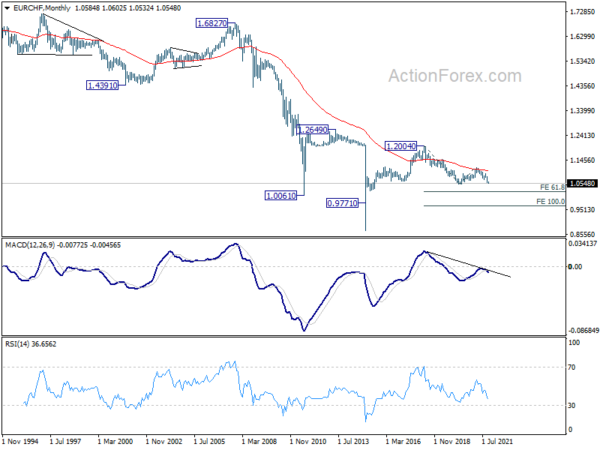