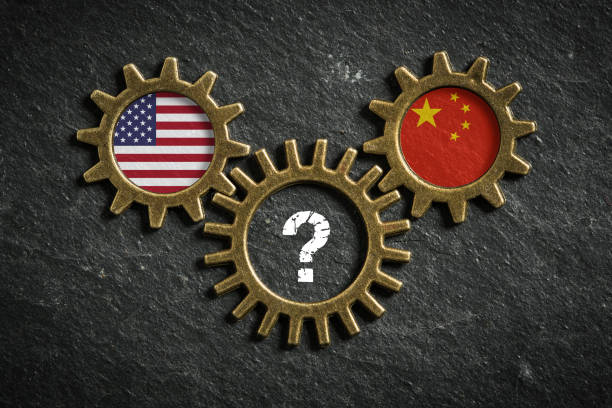 US-China relations: This morning saw the first virtual 1:1 meeting held between US President Joe Biden and Chinese President Xi Jinping amid rising tensions with respect to Taiwan, the “one China”-policy, tariffs, human rights issues, nuclear arsenals and technological development. Both leaders urged for corporation with Biden explicitly telling Jinping not to let their rivalry “veer into conflict”. Xi also expressed that the two countries “need to increase communication and cooperation”. The more accommodative and realistic stance was taken well by markets and not least the CNY which gained following the meeting.

RBA guidance and minutes: In a speech RBA governor Lowe commented on the inflationary outlook and the risk that RBA would have to hike rates prior to 2024, which is the current guidance. RBA minutes from the latest monetary policy meeting was released prior to his speech. Both the minutes and Lowe expressed that the inflation outlook is highly uncertain but that multi-year wage agreements and lower energy prices in Australia than abroad still suggest that inflation will not reach the middle of the inflation target until 2023. Meanwhile, Lowe also opened a door for an earlier hike by stating “It is still plausible that the first increase in the cash rate will not be before 2024”. AUD rates rose and AUD FX gained modestly.

Denmark: Yesterday, both quarterly GDP (2.0% q/q) and wages (3.2% y/y) came in stronger than expected in Q3, with the latter being one more data point showing a labour market that is running hot. For more information see Flash Comment Denmark – Labour market heating up, 15 November.

Norway: Overnight quarterly consumer confidence data was released from Finance Norway. The release showed a further rise in Norwegian consumer optimism with the aggregate index hitting the highest level since Q3 2019 – albeit the rise was smaller than last quarter. The release also shows that Norwegian households remain very upbeat on the national economy but have become a little more wary on their private economies which might be related to higher electricity prices, rate hikes and fiscal spending according to Finance Norway. Overall, the release does not change that we expect the next Norges Bank rate hike in December.

Equities: Equities saw mostly small moves to the start of the week. Sector performance was also tightly bunched, but a slight preference for defensives and value as the yield curve steepened. US equities close little changed with Dow, S&P and Nasdaq unchanged and Russell 2000 -0.5%. Asian markets are grinding somewhat higher this morning, although US futures have dipped into negative.

FI: Global bond yields ends the day higher with the US Treasuries driving the rise in yields. 10Y US Treasuries rose some 6bp and the curve steepened between 2Y and 10Y. In Europe, the 10Y German yield rose 3bp but there was a modest bearish flattener between 2Y and 10Y. Furthermore, ASW-spreads tightened – especially the 2Y and 5Y German ASW-spreads – as bonds underperformed swaps.

FX: The first session of the week was generally characterised by broad based EUR weakness with the single currency posting losses – especially late in the session – against most majors. On the other end of the spectre USD gained which combined with EUR weakness sent EUR/USD solidly below 1.14. USD/JPY moving back above 1.14 while both EUR/SEK and EUR/NOK edged modestly lower. GBP underperformed USD but generally had a strong session.

Apart from the consumer confidence data in Norway already released we get Prospera inflation expectations out of Sweden this morning.