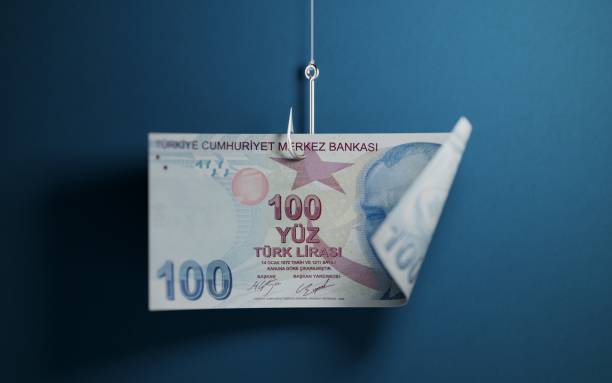 It’s been a slightly negative day in the markets, with Europe looking to close a little lower after largely grinding higher so far this week.

It hasn’t been the most eventful couple of weeks for the markets, with investors continuing to fret about the prospect of higher inflation and earlier rate hikes after recently being buoyed by a strong third-quarter earnings season.

We’re continuing to see encouraging signs from the US, be that from Tuesday’s retail sales report, retailer earnings, or today’s manufacturing and jobless figures. But stock markets there are even starting to struggle as we ultimately await further clues on how central banks are going to tackle the inflation problem.

I can’t imagine many are going to follow the lead of the CBRT any time soon.

The Turkish central bank took the unusual step of cutting rates in line with market expectations today and even suggested it will assess ending rate cuts in December. I’m not sure if that counts as hawkish by its standards or if we’ve now just come to expect the ridiculous.

It did suggest it may ease again in December though, at which point there was no saving the lira which plunged to a new record low against the dollar, with the USDTRY pair breaching 11, only three days after hitting 10 for the first time ever.

There’s clearly no indication that the CBRT is being deterred by anything that’s happening in the markets. The central bank is a shambles and the website crashing and delaying the announcement could not have been more symbolic of what’s happening behind the scenes.

Oil prices have come under fresh pressure over the last 24 hours following reports of talks between the US, China and others regarding a possible coordinated SPR release. Such a move would be a massive statement and would certainly have more teeth than the previous threats from the White House, which is why it’s weighing heavier on the oil market.

And coming at a time when OPEC+ is already suggesting that the market will soon go into surplus, which appears to align with the thinking of the IEA, it may be the case that the market is already primed for a correction and the SPR reports are adding fuel to it. Whether they deliver on threats is another thing. By the look of things, they won’t need to.

Brent is holding above $80 at the moment, after briefly dipping below earlier in the day. A more significant break could signal a move back into the mid-70s for Brent, last seen in September.

Gold remains well supported but it’s lost a lot of momentum this week. The yellow metal took a heavy blow from the US retail sales report on Tuesday and is struggling to fully recover. The report came at a time when the rally was already running on fumes and probably exacerbated any profit-taking that was already happening.

We could see a bit of a correction after such a strong run if US data continues to impress or Fed policymakers talk up the prospect of earlier rate hikes. But as long as real yields remain at their lows, gold will remain attractive.

Bitcoin correction is not a big deal

Bitcoin is continuing to struggle and once more we’re seeing it test the late October lows around $58,000. A significant break below here could see it accelerate to the downside, at which point focus may shift back towards the $50,000 region. While this would represent a large correction from the highs, it would still be relatively minor considering how far it’s come in recent months.