New Zealand Dollar trades mildly higher today, after an RBNZ survey shows firm expectation of more rate hike ahead. On the other hand, Canadian Dollar weakens broadly as WTI crude oil’s pull back extends below a near term support level. Overall, Sterling and Dollar remain the strongest ones for the week. Euro is recovering slightly but remains the worst weekly performer, followed by Aussie. 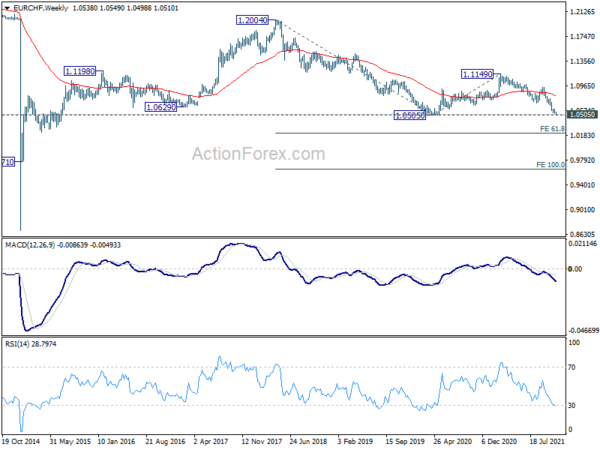 Currently, the OCR is standing at 0.50%, after a rate hike of 25bps in October 6. Survey respondents expect Oct. to rise further to 0.75% by the end of the current quarter. Mean estimate for OCR one year ahead was 1.53%, translating to four 25bps hike over the next seven RBNZ meetings. Two year-head expectations stands at 1.83%, with more respondents expecting OCR to be either at 1.50% or 2.0)% by the end of September 2023.

NZD/USD recovers mildly today but overall outlook is unchanged. Further decline will remain in favor as long as 0.7079 minor resistance holds. Current development suggests that rebound from 0.6804 is complete with three waves up to 0.7217. In other words, larger decline from 0.7463 is not over. 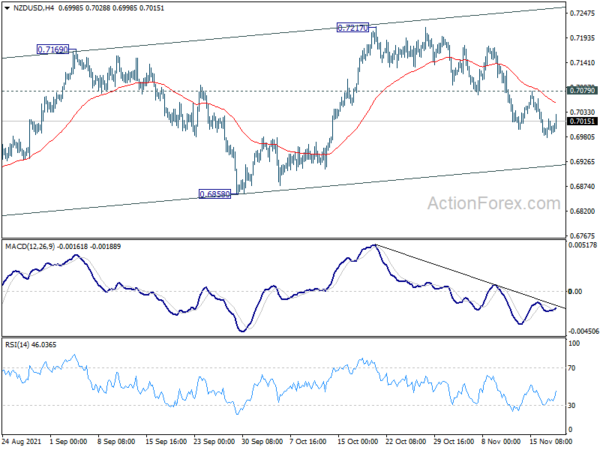 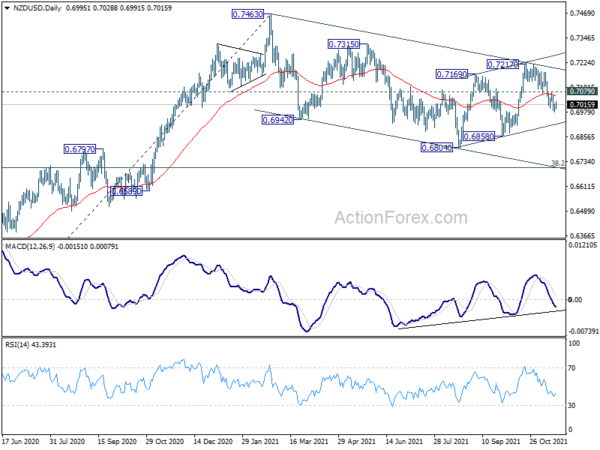 Fed Evans: Going to take us until the middle of next year to complete tapering

Chicago Fed President Charles Evans said in a virtual conference, “we learned back in 2013 that tapering these asset purchases was preferable for financial market functioning; that if we did a sudden stop on our purchases that wasn’t well received. It’s going to take us until the middle of next year to complete that”.

“It’s going to take us until the middle of next year to complete that; we are going to be mindful of inflation; we’re going to be looking to see how much additional accommodation is boosting inflation; if indeed that is the case, we’ll be thinking about when the right time to start raising rates will be,” he added.

Following the pullback in US stocks overnight, Yen crosses are trading generally lower. In particular, CAD/JPY resumed the decline from 93.00 by breaking through 90.40 temporary low. Judging from the development in Yen pairs elsewhere, there is prospect of deeper decline even if such fall is still a corrective more. 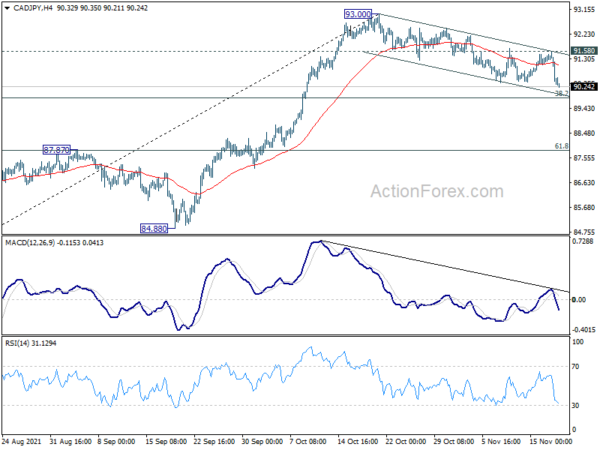 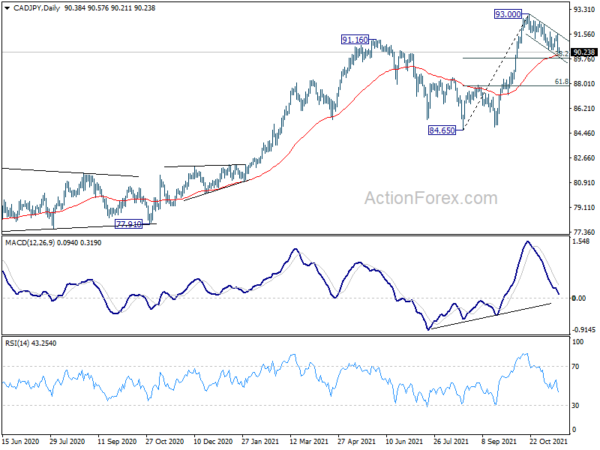 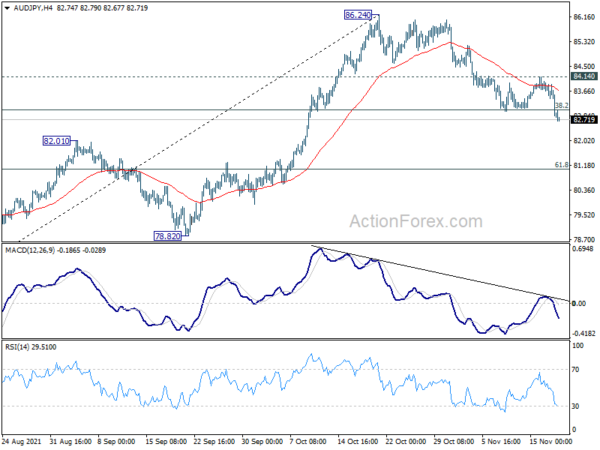 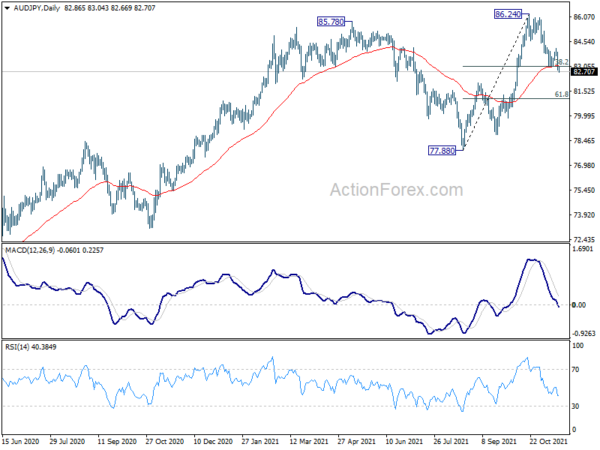 Swiss trade balance will be released in European session. Later in the day, Canada will release ADP employment and foreign securities purchases. US will release jobless claims and Philly Fed survey. 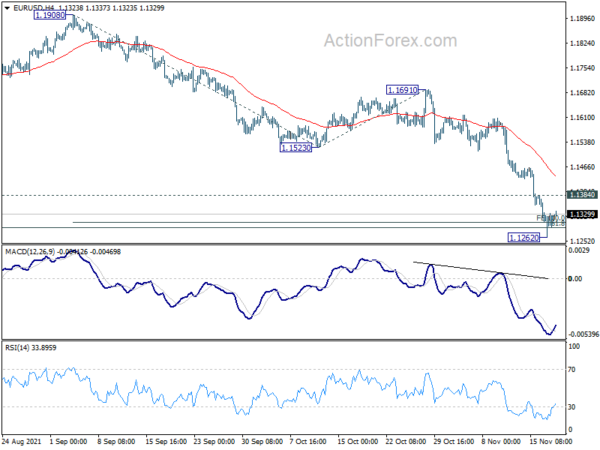 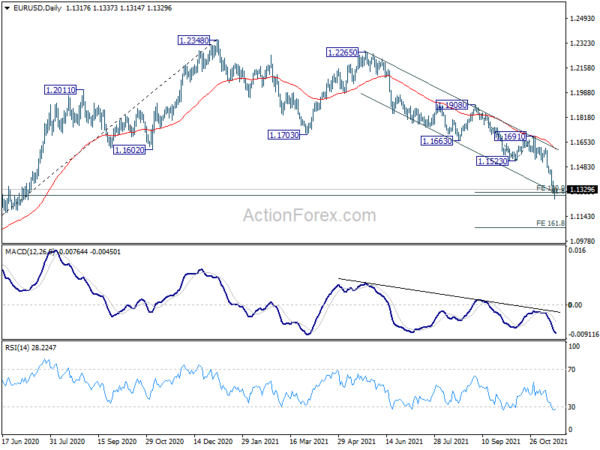