The ECB Will To Take Action On Inflation Anytime Soon 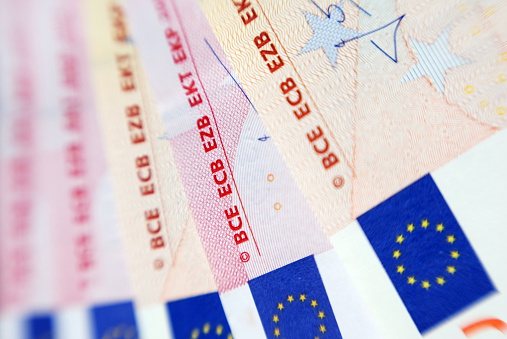 Rising European corona infections forced governments to take new containment measures last week, triggering a broad risk-off repositioning with Europe evidently in the eye of the storm. Uncertainty on the short-term impact on EMU growth only reinforced doubts whether the ECB will to take (decisive) action on inflation anytime soon. EMU yields tumbled with the belly of the curve outperforming (5y -5.7 bps; 10y -6.7 bps). US (and UK) yields initially followed Europe, but especially US short-term yields rebounded later. Fed’s Waller said conditions for a rate lift-off are met and Fed Clarida indicated that it might already be appropriate to discuss a faster pace of tapering at the December meeting. The US curve flattened sharply with 2 and 5y yields returning in positive territory (2y + 0.4 bps) while longer maturities still finished sharply lower (10y -3.9bps; 30y -6.9 bps), mostly on lower inflation expectations. The EuroStoxx 50 declined 0.6%. US indices ended mixed (Dow -0.75%, but Nasdaq +0.40%). The euro lost against the other majors. Thursday’s tentative EUR/USD bottoming proved premature, with the pair closing below 1.13 (1.129). EUR/JPY tested the key 127.93/128 area (close 128.71). EUR/CHF dropped below 1.05. EUR/GBP also reversed Thursday’s rebound, but no follow-through losses below 0.8383 occurred (yet).

Asian equities are trade mixed this morning as markets ponder the impact on growth of rising (European) corona infections. The China Foreign Exchange Committee advised lenders to take a risk-neutral approach when trading foreign exchange which is seen as an indication that Chinese officials don’t want a further rise of the yuan. Still the yuan is holding strong at USD/CNY 6.3810. The PBOC left its LPR rates unchanged but an easing of policy is still possible if growth were to slow further. Brent oil continues its decline below $80/b (cf infra). The dollar remains in pole position amongst the majors (DXY 96.11, EUR/USD 1.128, USD/JPY 114.15).

The eco calendar is thin today with EC November consumer confidence and US existing Home sales. Later today, we keep an eye at the sale of 2y and 5y US Treasuries as speculation on earlier Fed tightening lingers. European markets will continue to ponder the impact of new corona restrictions on growth and on ECB policy. After last week’s sharp repositioning, the German 10y yield currently tests the 62% retracement level of the August/early November rise. The jury is still out, but at current levels quite some bad news might be discounted. US LT yields are holding a rather tight sideways range. There is no sign of improvement in sentiment on the single currency. A sustained break of EUR/USD 1.1290 suggests a further setback to the 1.104 area (76.% retracement post-corona rebound). BoE Bailey indicated that risks to the UK economy remain two-sided, even after strong data last week. The damage to sterling remains limited. EUR/GBP (0.839) could still fall below last week’s lows.

Brent oil extends losses after dipping below $80 barrel last week, breaking neckline support of a double top formation. Next to demand uncertainty with (European) nations contemplating or already having announced new lockdowns, additional supply may arise. A Japanese TV broadcaster on Monday reported that the country is prepared to release oil from its national reserves as part of a joint move with the US. The latter has been threatening to do so for several weeks and discussed the matter with China during last week’s summit as well.

In Chile’s presidential elections over the weekend, main parties’ candidates were well short of the 50% majority needed to win outright. With 28%, Kast, a Conservative pledging to lower corporate taxes and the preservation of market-friendly rules while campaigning to uphold law and order and family values, secured a narrow lead over the 26% Boric secured going into the runoff on December 19. Boric wants to raise company levies, overhaul the pension system and boost social welfare benefits, blaming the current economic model for having left many people behind, despite delivering some of the best growth in Latin America. Turnout was below 50% and voting is voluntary.