ECB Preview – Phase-Out of PEPP by March as Scheduled 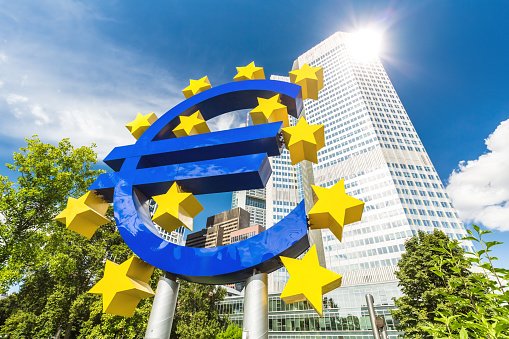 The focus of this week’s ECB meeting is whether the PEPP would extend beyond March 2020 in light of the new Omicron variant and rapid increase the number of coronavirus cases across Europe since the November meeting. Recent comments from ECB officials signal that things would go as planned. The latest economic projections would also be released. We expect upgrade on next year’s inflation projection. The policy rates would stay unchanged with the main refi rate, the marginal lending rate and the deposit rate staying at 0%, 0.25% and -0.5% respectively.

At the November meeting minutes, policymakers noted that “judging on the basis of the current developments, net purchases under the PEPP could be expected to come to an end by March 2022”.  Recent comments from President Christine Lagarde in Reuters’ Next conference earlier this month suggest that the plan stays intact. We expect the PEPP pace to be lowered to 50B euro/month in 1Q22. The president affirmed that the central bank is “not without ammunition” after ending PEPP, pointing to APP program and reinvestment of bond purchases. We expect the ECB increase the size of APP by 120B euro, in addition to the underlying 20B euro/ month. On the policy rate, she noted that it is “very unlikely” that the ECB would hike rates in 2022, amidst concerns that the tightening would “choke the growth we are seeing”.

Another focus is the updated staff economic projections. We expect little change to the GDP growth outlook. Elevated inflation’s pressure on growth has partly been offset by euro’s weakness. Concerning inflation, Lagarde described in the abovementioned conference that “inflation as a hump and the hump eventually declines”, adding that it would “decline over the course of 2022″, and “we see it going towards our target in the course of 2022”. As such, we expect the inflation estimate would be upgraded to above +2% target for 2022, before easing below that in 2023. The central bank would, for the first time, introduce 2024’s inflation forecast which should likely an uptick from the prior year.