AUDUSD Ticks Up after Finding Support at 0.7090

AUDUSD found strong support at the 0.7090 barrier after several red sessions. The RSI is also pointing upwards in the negative territory, while the MACD is still falling below its trigger and zero lines. The 20- and 40-period simple moving averages (SMAs) are flattening around 0.7150 and are acting as strong obstacles.

On the flip side, a decline underneath the 0.7090 support could endorse the selling interest until the 0.6990 line, registered on December 3.

All in all, AUDUSD has been in a descending move since October 28 and a decisive close above the 200-period SMA may switch the outlook to neutral. 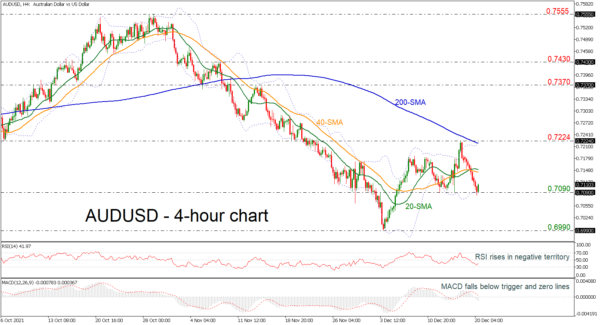