Markets are generally steady as focus turns to non-farm payroll from US today. For the week so far, Sterling and Dollar are still the strongest ones, as supported by strong rally in benchmark yields and expectation of hawkish central bank actions. Euro is mixed, pressured by the Pound but steady against Dollar. Yen’s weakest place was overtaken by Aussie and Kiwi, as risk sentiment turned sour.

Technically, USD/CHF’s break of 0.9200 resistance suggests that fall from 0.9372 has completed with three waves down to 0.9101. Stronger rally is now in favor towards 0.9293 resistance, and possibly further to 0.9372. We’ll now see if EUR/USD would follow with more decline back towards 1.1185 low, and possibly a break there on Dollar strength. 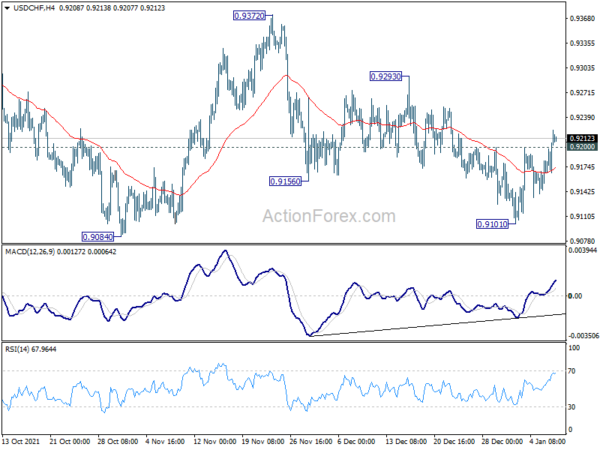 Fed Bullard: FOMC could hike as early as in March

St. Louis Fed James Bullard said yesterday, “the FOMC could begin increasing the policy rate as early as the March meeting in order to be in a better position to control inflation. Subsequent rate increases during 2022 could be pulled forward or pushed back depending on inflation developments.”

“There was a significant unanticipated inflation shock in the U.S. during 2021,” he said. “With the real economy strong but inflation well above target, U.S. monetary policy has shifted to more directly combat inflation pressure.”

“We could go ahead with balance sheet run off shortly after lifting off the policy rate,” Bullard said, and start reducing support for the economy “sooner rather than later.”

Fed Daly: We might need to, likely will need to, raise interest rates

San Francisco Fed President Mary Daly said yesterday that “I’m of the mind that we might need to, likely will need to, raise interest rates … in order to keep the economy in balance.” She clarified that “raising them a little bit is not the same as constraining the economy.”

But she also urged a data driven, measured approach. “If we act too aggressively to offset the high inflation that’s caused by the supply and demand imbalances, we won’t actually do very much to solve the supply chain problems, but we will absolutely bridal the economy in a way that will mean less job creation down the road,” she said.

US non-farm payroll report is the major focus for today. Markets are expecting 400k job growth in December. Unemployment rate is expected to tick down from 4.2% to 4.1%. Wage growth is expected to continue to be strong, with average hourly earnings up 0.4% mom.

Looking at related data, ADP private employment grew strongly by 807k. ISM manufacturing component rose from 53.3 to 54.2. But ISM services employment dropped from 56.5 to 54.9. Four-week moving average of initial jobless claims dropped notably from 239k to 204.5. The NFP report is more likely a solid one than not.

Reactions from treasury yields to the data is worth a watch. 10-year yield is now close to 1.765 key near term resistance. A set of solid job data, in particular wage growth, could push TNX through this 1.765 resistance to resume larger up trend from 0.398. In this case, we could see TNX quickly accelerate through 2.0 handle to 61.8% retracement of 3.248 to 0.398 at 2.159 down the road, even within Q1. Such development would give USD/JPY and push upwards. 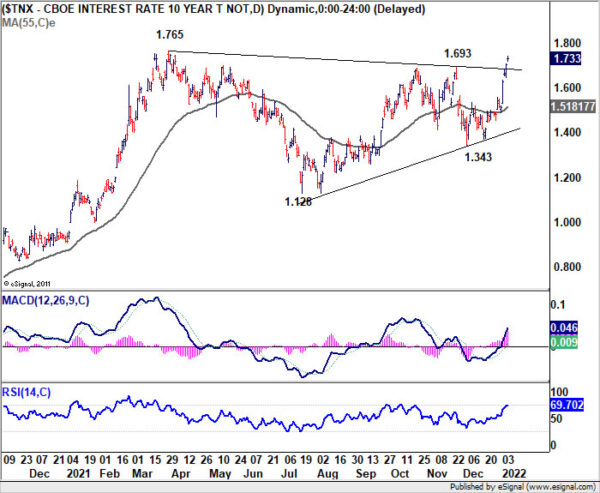 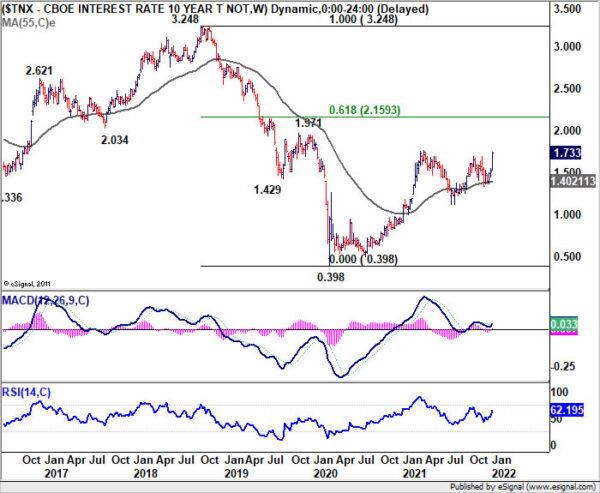 Later in the day, US will release non-farm payroll employment. Canada will also release job data and Ivey PMI. 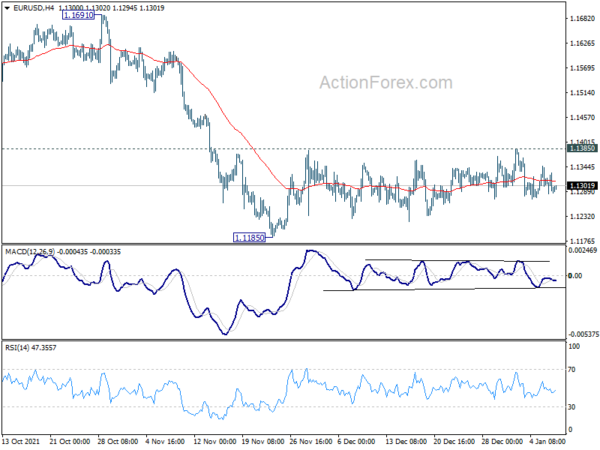 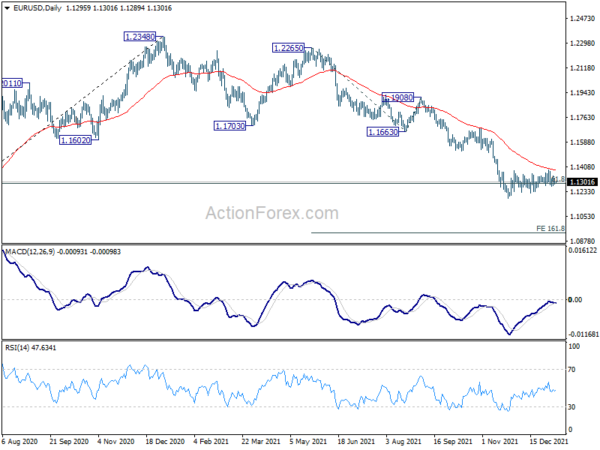