Cliff Notes: Inflation to Remain Front of Mind for Central Banks in 2022 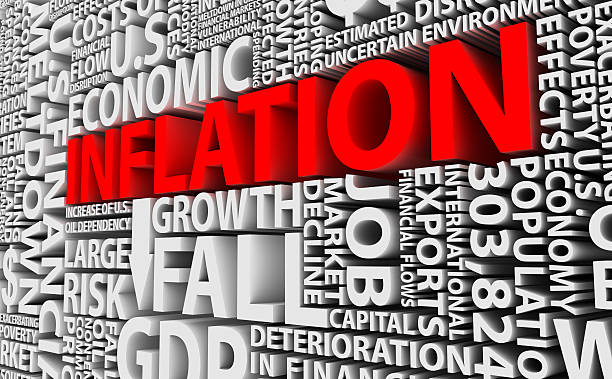 The first week of February has been acutely focused on monetary policy, with last week’s US FOMC meeting followed by the RBA, BoE and ECB.

Beginning with the RBA, their February meeting was largely as expected, with asset purchases brought to an end and an assessment of the reinvestment of maturing bond proceeds scheduled for the May Board meeting. As outlined by Chief Economist Bill Evans after the decision, the RBA has revised down its growth view for 2022 and 2023 (from 5.5% and 2.5% to 4.25% and 2.0% respectively) as a result of the impact of omicron at the beginning of 2022 and arguably for 2023 given the market cash rate profile, an input for their forecasts, has lifted materially since November. Their view on underlying inflation has also been revised up materially to 3.25% in 2022 and 2.75% in 2023 as a result of the recent strength in prices seen globally. However, the Governor’s statement made clear the RBA’s view that while “inflation has picked up, it is too early to conclude that it is sustainably within the target band.”

This view stems from “uncertainties about the outlook for supply side problems” and as “it is likely to be some time yet before aggregate wages growth is at a rate consistent with inflation being sustainably at target.” Governor Lowe delved deeper into these key themes in a subsequent speech to the National Press Club. Most notable for the policy outlook in the speech and Q&A is that Governor Lowe set out a more flexible approach to assessing wage pressures. Currently, their forecast for the Wage Price Index is 2.75% in 2022 and 3.00% in 2023, below the “3%+” guidance previously given as necessary for sustained ‘at target’ inflation. However, in this speech, he also made clear that the RBA recognised the WPI was slow moving and limited in the wage pressures it picks up – overlooking gains from bonuses and promotions. Chief Economist Bill Evans consequently discussed the significance of this broader assessment of wage pressures for the outlook for policy, affirming our call for a first move in August. Also called out in this piece is that the RBA does not see a need for a quick or aggressive policy pivot as is the case in the US. There, CPI inflation around 7.0%yr and wages growth above 4.0%yr justifies the four hikes (100bps of tightening) Westpac has forecast for 2022. This contrast to two hikes in Australia before year end, a cumulative 40bps.

Note, a full view of the RBA’s forecasts and their assessment of risks will be provided today in their February Statement on Monetary Policy. Westpac Economics’ own take on the domestic scene, global economy and financial markets will also be detailed in our latest edition of Market Outlook, which can be accessed through Westpac IQ.

Before moving offshore, a quick take on this week’s domestic data which has largely been focused on the consumer and housing. Housing finance approvals showed that delta related disruptions are now behind us, with total approvals up 4.4% in December and 11% since October’s delta lows to be 0.8% above the May 2021 peak. Owner-occupier demand remains the primary driver of loan growth and, combined with investors’ appetite, is continuing to push house prices higher, capital city home prices gaining 0.8% in January, 21%yr, according to CoreLogic. The dwelling approval data meanwhile remained noisy into year end, gaining 8.2% in December on the back of narrow strength in unit approvals. Looking through the month-to-month volatility, the existing pipeline of projects and delays related to COVID-19 is expected to see strength in construction through most of 2022, though growth will abate by year end. In addition to the bulletins on key data releases, this week also saw the release of Westpac Economics’ latest edition of the Red Book, our in-depth assessment of the Australian consumer.

Then to offshore. Firstly in New Zealand, the Q4 labour force survey re-enforced that the labour market remains very tight, with the unemployment rate falling to 3.2% in Q4, a new historic low back to 1986. At 0.8% in the quarter and 2.6%yr, wage gains are clearly robust, but not rapid, allowing the RBNZ to continue tightening at a measured pace. A full view of the New Zealand labour market and the implications was provided by our New Zealand economics team in their Q4 review.

Then to the main events of the global calendar, the Bank of England and ECB February meetings. Both proved more hawkish than the market had anticipated, the BoE most obviously so. The BoE Monetary Policy Committee was finely balanced 5-to-4 in favour of a 25bp hike to 0.50% instead of a 50bp move to 0.75%. The Committee also agreed to cease re-investment of the proceeds from maturing bonds, setting up the rundown of its balance sheet through 2022 and beyond. The franking of market pricing of a move up in the Bank Rate to around 1.50% by mid-2023 (1.00% in November) was also a vote of confidence in the economy’s strength and recognition that inflation and wage risks are increasing as the labour market continues to tighten. It is notable however that the press conference made clear the Committee has incorporate more persistent price pressures from energy than the market has priced and, despite this, inflation is seen back below target by the end of the forecast period at the beginning of 2025. On these forecasts, the Bank of England terminal rate will be below that of the FOMC after a similarly timed hiking cycle.

Finally to the ECB, while the outcome of their February meeting was as expected, the post-meeting communications caught the market by surprise. During the press conference, President Lagarde focused attention on recent upside surprises to inflation and that price pressures were likely to prove more persistent in 2022 than previously anticipated. Further, with respect to policy, President Lagarde noted that the “situation has changed” and hence there was need to carefully assess updated staff forecasts, due next ahead of the March meeting. Still, it remains the case that the ECB require inflation to be sustainably at target to justify a rate hike and, before a hike, asset purchases need to have ceased. To get a hike in 2022 will therefore require more concern over inflation and confidence in activity and financial conditions than was seen pre-pandemic. This seems unlikely.