Dollar strengthens mildly in Asia today but overall markets have been quiet this week so far. Euro continues to consolidate last week’s sharp gain, ahead of a key near term resistance against the greenback. Commodity currencies are the slightly stronger ones. Major benchmark global treasury yields continue to rally while stocks tread water. There might not be clear directions in the markets until US consumer inflation data later in the week.

Technically, Gold’s recovery from 1780.10 was admittedly stronger than expected, even though upside momentum is unconvincing. Despite the steepness of the fall from 1853.70 to 1780.10, Gold is not ready to breakout to the downside. Instead, current development suggest that it’s recent price actions were just forming a symmetric triangle pattern. Some more time is needed to break out from range of 1780.10/1853.70. But such breakout could reveal which direction the greenback is taking too. 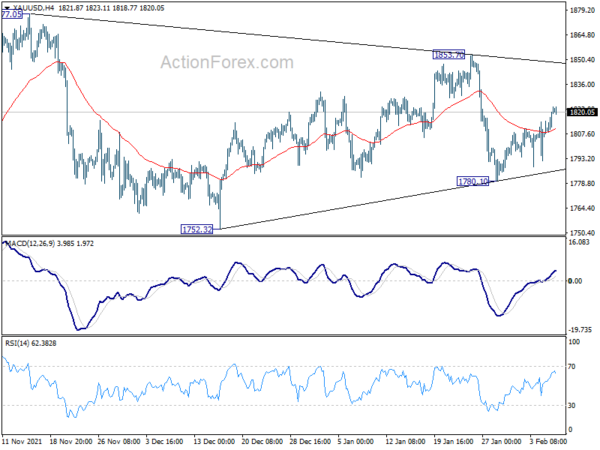 “Overall, the January survey shows significant disruption to business activity from the spread of the Omicron variant, albeit impacts on businesses were less severe than in past outbreaks,”said NAB Group Chief Economist Alan Oster. “However, we continue to expect a strong recovery as case numbers come down.”

RBNZ is currently commencing Central Bank Digital Currency (CBDC) proof-of-concept design work, which is a “multi-stage and multi-year effort”. The consultation on an issues paper Future of Money – Cash System Redesign, which closes on March 7, received 190 submissions so far.

Governor Adrian Orr said in a speech, “we must decide how best to use of digital technology to modernize central bank money, while we continue to ensure cash remains an option for those who need it. An innovative approach is needed to support a more efficient and resilient cash system, and the changes required are potentially far reaching”.

“The technology exists now to implement a CBDC, but it needs to be well designed. At a basic hygiene level, a CBDC must be user-friendly, resilient to cyber and other operational risks, and enable privacy. These features promote widespread trust and use.”

Looking ahead, France trade balance and Italy retail sales will be released in European session. Later in the day, both US and Canada will release trade balance. 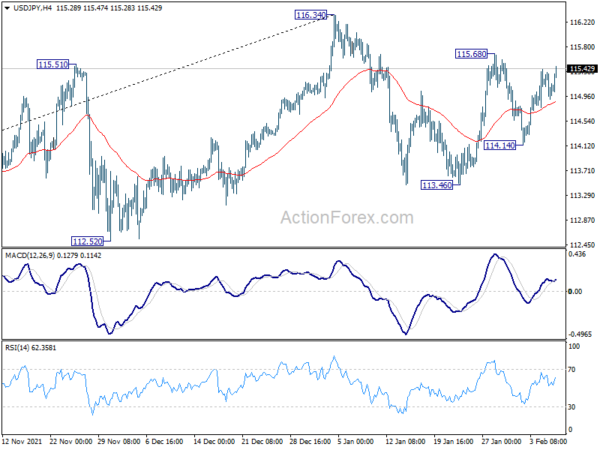 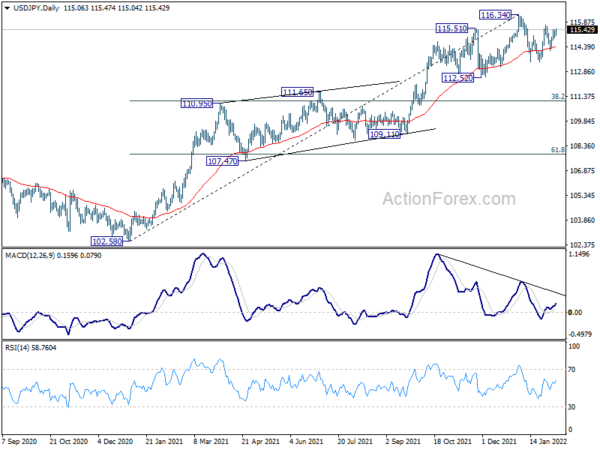